“I just did it and I was like, ‘Oh, no, Allie doesn’t know I’m here,’” Miller said Sunday, hours before his teammates played the Buffalo Bills at New Era Field. “This is supposed to be a surprise.”

Miller is on injured reserve as he continues to recover from a gruesome knee injury that nearly cost him his left leg. Since being carted off the field in New Orleans in October 2017 with a dislocated knee and torn artery, he's had nine surgeries, the best medical care money can buy, and support from his family, friends … and from a kindred spirit in Western New York whom he finally met Sunday.

Allie Mazur, a senior at the University at Buffalo and former track star at Lancaster High School, was sitting on the couch and feeling pretty sorry for herself as she scrolled through Instagram late last year. Her own left leg was braced by an external fixator, a contraption of metal rods that looks more like a torture device than medical equipment, after one of 11 surgeries to attempt to save her limb from a staph infection. Suddenly, her eyes grew wide.

“And her face just changed,” Allie’s mom, Terri, said. “She was like, ‘Mom, you’ve got to look at this. Zach Miller from the Bears has a fixator!’”

Mazur started following Miller online. She sent him a private message. He wrote her back.

And they’ve been in touch since, sharing details about their fixators, their surgeries and their spirits.

“I reached out to him because I look up to him as an inspiration, not only as an athlete but just in life,” Mazur said, “because he was going through something that I was going through, too. I just followed his journey and I get to follow his progress and get more inspiration for my own.”

Mazur dealt with shin splints since she was a teen, but still helped break the Lancaster school record in the 4 x 100 and 4 x 200 and served as a team captain before enrolling at UB. She developed a stress fracture during her freshman season and another early in her sophomore season, then an infection from a surgery to implant a metal rod to hasten the healing.

“Allison had a very, very difficult situation. Very difficult,” said Dr. Evgeny Dyskin, her orthopedic surgeon at Erie County Medical Center and Buffalo General. “A complication of surgery, a limb-threatening complication, when she lost a significant amount of bone in her leg.”

“She lost almost two-thirds of her tibia,” Dyskin said.

It’s a terrifying prospect when a doctor starts talking about trying to save your leg.

He laughs now. But in the moment?

Dyskin performed all of Mazur’s surgeries, many exploratory, clearing out infected tissue over the course of more than a year.

She had a PICC line installed to deliver antibiotics directly to her heart.

The fixator, meanwhile, supported her body weight, and she’d turn the struts each day to slowly lengthen and stimulate bone growth. Today, her tibia has healed and she is being weaned off the device.

“A lot of patients, when I talk to them, many patients, they choose to lose their leg, to have amputation,” Dyskin said. “I have plenty of examples. I recently had a patient who chose to lose the leg, because mentally and physically – we’re not blaming patients – but it requires a lot of stamina to go through this treatment. A lot of courage. She’s an unbelievably strong person.”

Mazur contended with more than the physical pain and uncertainty about keeping her leg.

The contraption and disfigured skin came with a sort of social stigma, as well. She could feel the lingering stares from strangers at the mall.

Mazur’s mom began telling onlookers that the wound was a shark bite.

“It was a great trip to Hawaii until that happened,” she said she’d joke, trying to get her daughter to smile. “People look at the fixator like they want to throw up. The people wearing that have feelings!”

Mazur, through the ordeal, discovered empathy and strength in community, not only through her relationship with Miller, but with others in a similar position.

She switched her major from communications to health and human services with an intent to go into medicine, and interned with Dyskin over the summer, taking pride in helping to counsel and provide hope to patients who had less bone to grow.

“I’ve learned things about my daughter that I can’t even put into words,” Terri said. “I’m so proud of her.” 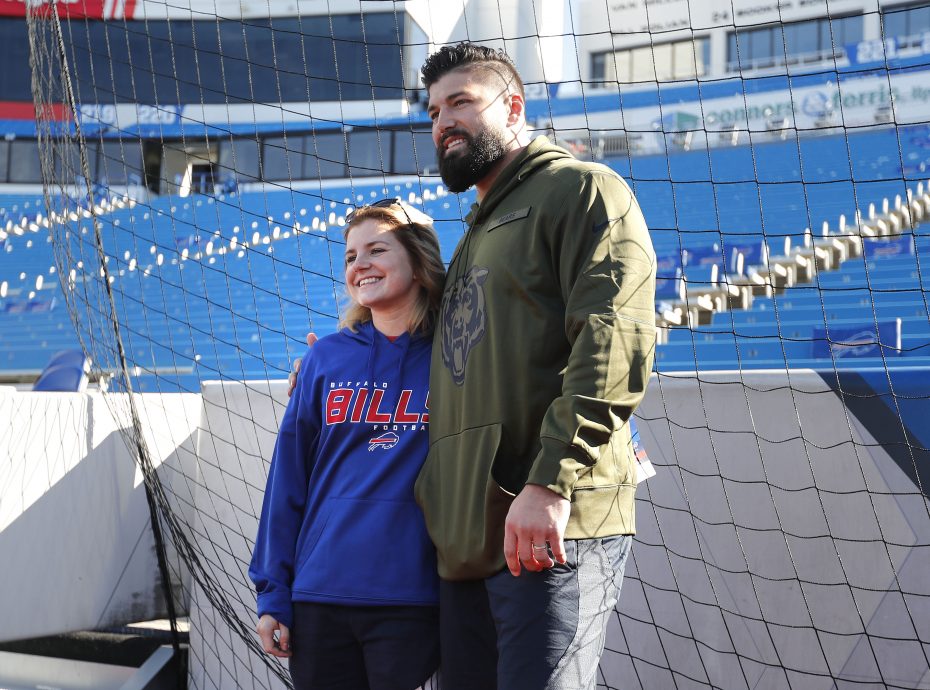 Mazur has been wearing the fixator every day for a year. Sunday was the anniversary. And as luck or fate would have it, the Bears were on the schedule.

Mazur had been told in advance that Miller was unable to travel to Buffalo with the team, but the family was granted tickets and sideline access before the Bears routed the Bills, 41-9.

She stood behind the south end zone in a pair of shorts, her legs and fixator exposed to the chilly November air, and watched former UB star and Bears linebacker Khalil Mack test his sprained ankle.

She posed for photos with her mom, her dad Russ and little brother Matt, all wearing Bills hoodies.

The family are lifelong Bills fans. 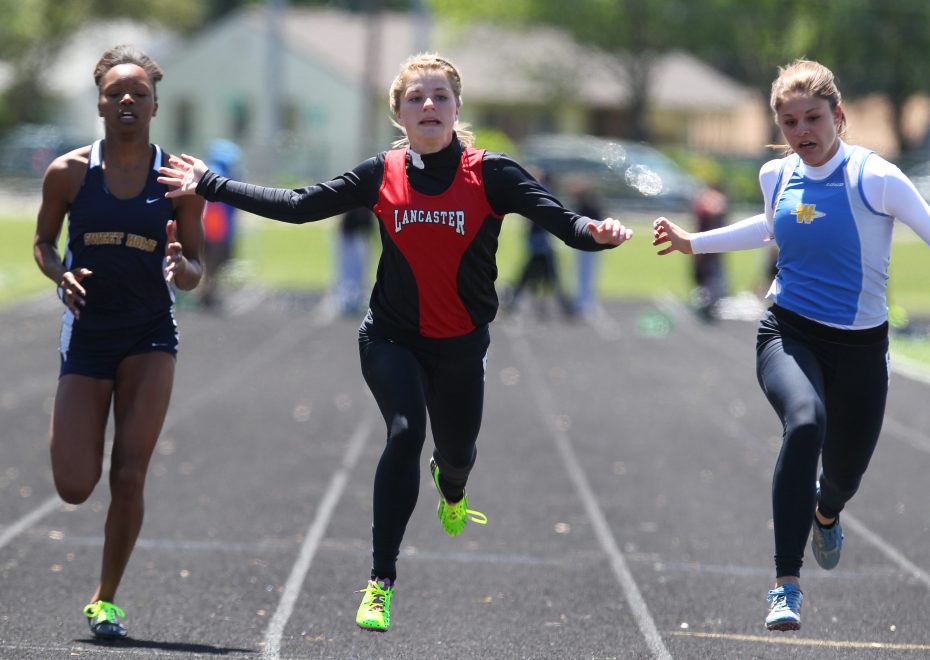 As happy as she was to be on the sideline, Mazur beamed when Miller walked out of the tunnel, without even the slightest hint of a limp, and draped his massive arm around her small shoulders.

“I don’t know that I’ve ever seen an external fixator in my entire life until I had one on my own,” Miller said. “And then for her to reach out and then to see that…

“As much as she believes I was an inspiration for her, I think that reciprocates. Being able to see how she’s handled this and been able to move forward and make strides, that makes you put things into perspective and find comfort in knowing that there are other people out there that are going through the same thing as you and they’re still kicking butt.

“That’s the cool thing about social media and where we’re at these days. There’s a lot of negativity in this world, but that’s something that I think can connect us in a positive way, and for us to get in contact in that manner and then have a relationship and a common feat that we need to get through, it brings us closer together and so here we are, meeting for the first time in person and just sharing out stories and how we’re going to move forward and get back to being us.”

Mazer said she was genuinely surprised to meet Miller, that the player and her family and the Bills and the Bears successfully combined to keep her in the dark.

“I didn’t think I was going to see him,” she said.

Those photos from Niagara Falls that Miller posted online a day earlier, well, he quickly found a solution for that error in judgment.

“I had to block her on Instagram so she wouldn’t see it,” Miller said. “I told her I would unblock her when I leave.”