DeJuan L. Hunt II, even with failing kidneys, could have survived his stay in the Niagara County Jail if a doctor had seen him just once during his 26 days in custody, according to a state report obtained by The Buffalo News.

The Medical Review Board of the State Commission of Corrections mostly blames the county's medical contractors for the 2016 death of the 25-year-old Niagara Falls man.

"The Medical Review Board has found this was a wholly preventable death if not for the shockingly inadequate medical and mental health care provided to Hunt by contract medical providers Correctional Medical Care Inc. and PrimeCare Inc.," according to a heavily redacted copy of the report obtained through a Freedom of Information Law request.

The commission approved the report Sept. 26.

The report recommended that the U.S. Department of Justice investigate whether any criminal violations of Hunt's civil rights occurred.

"Throughout his course of incarceration, Hunt displayed progressive and extremely serious mental health symptoms including delusions, hallucinations, thoughts of self-harm and suicidal ideation, which were recognized and documented but received inadequate assessments and treatment," the report said. "During his 26 days of incarceration, Hunt was never examined or treated by any physician."

The report also criticized the Niagara County Sheriff's Office for how it handled the mentally ill man's incarceration.

Niagara County Sheriff James R. Voutour said he has been advised not to comment because of the report's referral to the Justice Department. He sent a detailed response to the report's findings to the commission.

"It is very extensive and challenges them on several fronts," Voutour said.

Some of his objections survived the redactions that blacked out several pages of the report.

The legal department of PrimeCare, based in Harrisburg, Pa., did not return calls seeking comment.

"I think the family will be pleased that the Justice Department is looking into it," said Scott M. Schwartz, the attorney for Hunt's mother, Jenine M. Townsend. 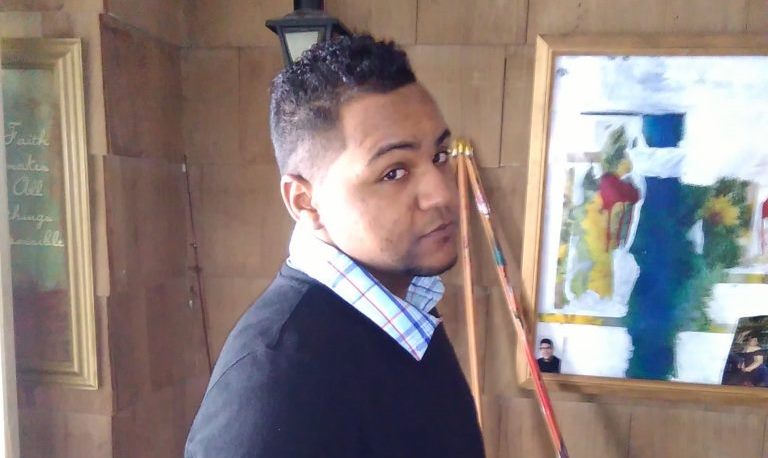 Hunt was arrested Aug. 3, 2016, on charges of sexual abuse and forcible touching stemming from an incident at Niagara County Community College. Six days later, he was charged again with sexual abuse, for another incident on the Sanborn campus that allegedly occurred on July 19, 2016.

Hunt pleaded not guilty in Cambria Town Court. He died Aug. 29, 2016, before the case could progress.

The state report agrees with the Erie County medical examiner's conclusion that Hunt died from rhabdomyolysis, a syndrome in which muscle fiber dies and can cause kidney failure.

The medical examiner connected the syndrome to a bruise on Hunt's shin. Corrections officers told investigators they pressed a baton against his shin to subdue him in his cell nine days before his death.

The report also concurs with the medical examiner's ruling that Hunt's death should be classified as a homicide. The circumstances didn't fit other options: natural or accidental death, suicide, or undetermined.

The commission report says state regulations require new jail inmates to be examined by a doctor within 14 days of arrival. That didn't happen for Hunt.

A licensed clinical social worker employed by PrimeCare obtained Hunt's permission to obtain medical records about surgeries he had undergone, but didn't press a search for mental health records, which the report said should have been available from community mental health agencies.

The officer who processed Hunt's jail admission found during a routine suicide prevention screening that Hunt had a mental health history. Many of the details of his history are blacked out in the copy of the report.

Hunt eventually was placed alone in a special cell with no clothing except a heavy suicide prevention smock.

Other officers were called to the cell, where Hunt kicked and tried to bite some of them. Two bursts of pepper spray seemed to have no effect, and neither did efforts to subdue him by applying pressure to his jaw. The report quotes an unidentified officer saying Hunt seemed "excited to be fighting."

An officer whose name is blacked out punched Hunt in the right thigh and pressed a baton to his shin to get him to stop kicking. That worked, and Hunt then was strapped into a special restraint chair. Surveillance video didn't capture any of the action inside the cell.

The Medical Review Board concluded that Hunt should have been kept under constant surveillance afterward, but he wasn't. A nurse entered his cell for a couple of quick checks, the report said. Four hours later, still naked and strapped to the chair, Hunt was moved to another cell.

The report says state regulations bar restraining an inmate for more than two hours at a time unless warranted. The Sheriff's Office, in its response, interpreted the rule differently and contended there is a 12-hour limit.

The report ordered the Sheriff's Office to come up with criteria for using suicide prevention smocks and doing away with policies requiring any inmate's clothing to be taken away.

The report said video later showed Hunt moving slowly and having trouble dressing himself in the smock. A PrimeCare nurse noted Hunt's heartbeat was abnormally fast, but he didn't do anything to address it.

By Aug. 22, Hunt was clearly limping, and he complained he was too sore and too cold to shower, the report said. There was no blanket or mattress in the cell, a violation of state jail regulations. A mattress was later brought in.

Hunt complained of foot pain. On Aug. 24, he was seen limping badly, leaning against the wall for support as he walked to see a visitor and crying out in pain. It was the first video in which he was wearing a jail jumpsuit.

The report says swollen feet are a symptom of rhabdomyolysis. The document says Hunt was given "alternative footwear" — larger-than-normal shackles and shoes that didn't fit because of the swelling.

The Sheriff's Office denied in an Aug. 1 response letter that the swollen feet and ankles showed Hunt was developing rhabdomyolysis. The swelling in both feet "required further medical assessment," the report said.

On Aug. 25, Hunt's left ankle was X-rayed after he complained of pain. What happened after that is blacked out.

The report said a nurse didn't act on Hunt's decreasing mobility, swollen extremities and inability to produce urine. All of these are "hallmark signs that Hunt was progressing into renal failure and required immediate hospitalization," the report said.

On Aug. 28, Hunt refused his dinner. He died in his cell early the next morning.

A corrections officer contended in a written statement to state investigators that Hunt was breathing at 5:30 a.m., but by the next check at 6:17 a.m., he had died and rigor mortis had set in, so the report concludes Hunt had been dead for at least two hours.