Some of Buffalo's best bang-for-your-buck restaurants are getting national television exposure.

The local conglomerate of food trucks and brick-and-mortar restaurants has gotten national attention before. It's a first for Campfire Grill. Online reviews guided a producer for the show to 3003 Walden Ave., Depew, said owner Scott Jargiello.

“They have to do a breakfast, lunch, dinner and snack,” Jargiello said. “They sort it out to a few dozen restaurants, and we were one of them.” 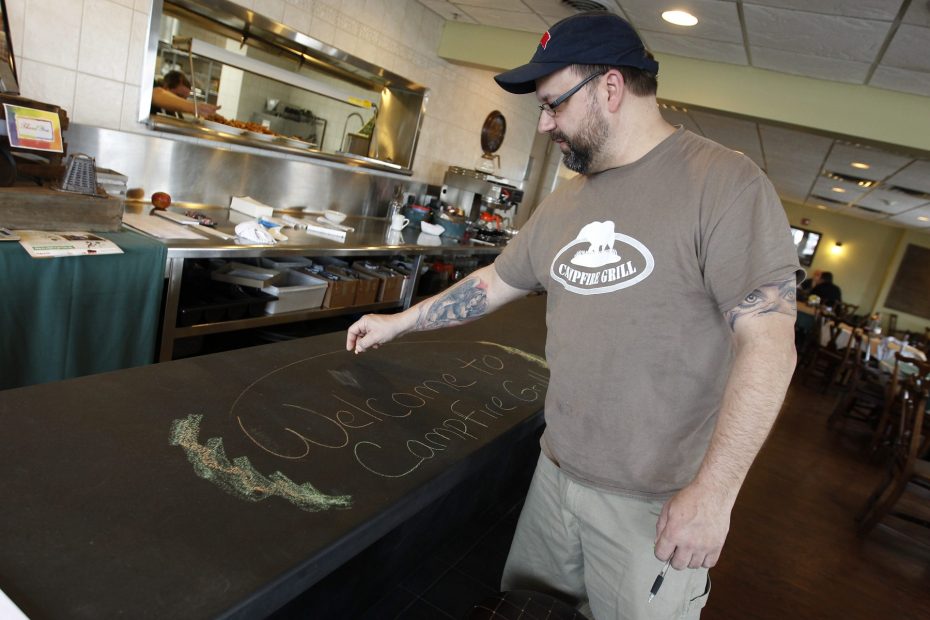 [Photos: Peek around Depew's Campfire Grill, back in 2015]

After extensive interviews, recipe reviews and submitted photographs, dishes are singled out for possible inclusion in the show. Since the point of "#CheapEats" is to eat all day for $35, there is a premium on value.

Clocking in at $5.50, Campfire Grill’s griddle logs made the cut. Jargiello’s “breakfast appetizer” is stuffed French toast filled with cream cheese and berries or apples.

Dunked in eggy batter, deep fried, dusted with cinnamon sugar and topped with whipped cream, they’re “one of our biggest sellers,” he said. "They said they had never seen anything like it, really enjoyed them."

Besides tacos, it looks like chocolate chip cookie dough and wings rounded out Khan's day, with visits to Fairy Cakes, at 289 Parkside Ave., and South Buffalo's Doc Sullivan's, at 474 Abbott Road.

Lloyd's owners will host a viewing party from 8 to 11 p.m. Nov. 7 at Lloyd Taco Factory Williamsville (5933 Main St.). Drink specials and a nacho bar are the perks of the free event.

It's not their first premiere.

In 2015, Lloyd Taco owners Chris Dorsaneo and Peter Cimino appeared on CNBC's "Restaurant Startup" show, initially winning $250,000, in exchange for selling 25 percent of the business to investors, before reversing course and turning down the prize. The owners eventually decided on taking out a bank loan.

This was before Buffalo's food-truck pioneers opened their first brick-and-mortar restaurant, at 1503 Hertel Ave. Plans for an Elmwood Avenue location fell through, so Dorsaneo and Cimino opened a second spot, in Williamsville, in November 2017.

The Cooking Channel is available on channel 232 on DirecTV, 113 on Dish, 663 on Verizon FiOS and 22 on Spectrum Cable (availability depending on package). It also may be seen on PlayStation Vue and Sling TV.

[Related: Take a look at food from Lloyd Taco Factory, on Hertel]

Ben Tsujimoto– Ben works on the digital side of Gusto, writing mainly about things to do and food-and-drink. He's the editor of The Buffalo News' soccer blog, BN Soccer, and coordinates the Smiles photo galleries. He attended Houghton College, lives off of Hertel and says he smiled a little too aggressively for his profile picture.