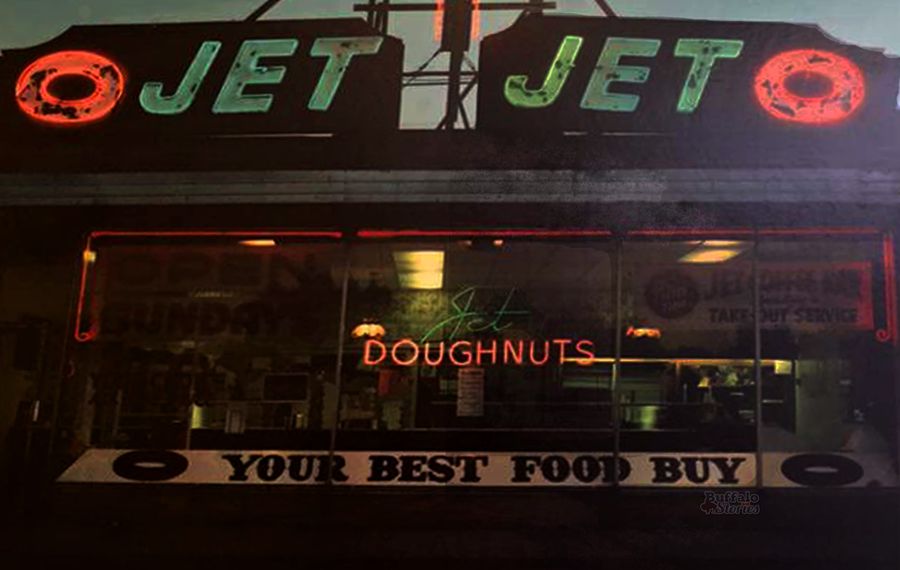 The busy parking lot in the Sheridan Drive plaza that Paula’s Donuts has called home for the last six years is often so packed that parking spills over to Gettysburg Avenue.

People come from all over to the Town of Tonawanda for what has become Western New York’s definitive legendary doughnut.

But don’t tell that to the people who’ve been buying doughnuts in what was Weston’s Plaza for decades. They’re happy that the best doughnut around has taken over the space that had been Weston’s Hardware since the early '50s, but the fry cake benchmark came from another proletariat pastry provider a few doors down from where Paula’s is today.

“No doughnut has ever compared to Jet” is a refrain you’ll hear among people who grew up in what is now the shadow of Paula’s. Even when Freddie’s was the Cadillac of Buffalo doughnuts, these folks swore by Jet, which operated from the 1950s to the 1990s.

Get a few guys from the neighborhood together, and they’ll start rattling off the names they’d shout out to fill the dozen box on Sundays after church or on their way to a Cub Scout meeting. Chocolate Gems, Jelly Moons, cream sticks, peanut sticks, apple fritters, bullseye. They remember the piped-on chocolate swirls and real angel cream that no one seems to do anymore, and that Jet seemed to have donut holes before anyone else.

If there’s a hint of nostalgia for the tastes, there’s plenty of it for the price. A dozen from Jet cost 65 cents in 1963. Regular coupons in the paper would drop that price down to 33 cents a dozen. Plus, as any wide-eyed kid of the '60s will remember, if you got a red star on the tape that was used to close the box lid down, you’d get a free dozen.

“The Greatest of All-Time” is a debate that often fills sports talk shows and Twitter feeds. It’s difficult to compare Wilt Chamberlain, Michael Jordan, and LeBron James in the world of basketball, or try to figure out what Babe Ruth would do with today’s pitching in baseball.

The good news about debating the best doughnut is, you can do it while eating doughnuts. It’s a win-win.