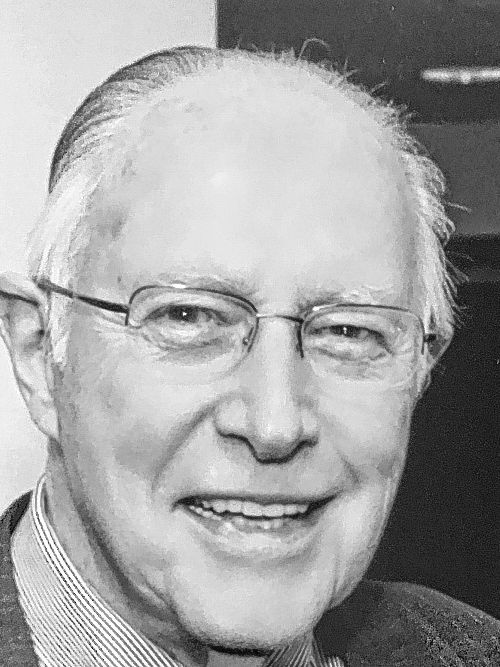 GOLDSTEIN - Jerome E. October 29, 2018. America lit up Jerome's 93rd birthday with fireworks this past 4th of July, for one last celebration before he passed away on October 29, at the Pines of Sarasota. A native and lifelong resident of Buffalo, NY before making the permanent move to Sarasota in 2004. Ever the true stage actor, Jerome was known for his great sense of humor, charm and quiet and reserved friendliness to anyone he ever met. Following Norwich Military College and a brief Army stint in Paris at the end of WWII, he attended the University of Buffalo and began a career in real estate coining "For a Home, Call Jerome". He was known throughout most every neighborhood in Buffalo, while on the Buffalo Board of Realtors, having served his time as President.Outside of real estate, his other love was tennis and squash. Known as "Jerry" to all of his tennis compatriots, he was a legend (in his own mind) on the courts at the Buffalo Racquet Club, and on the squash courts in winter and everyone's favorite doubles partner and consummate backboard. Jerome was predeceased by his parents Vivian (Gross) and Sol Goldstein and brother Walter. He is survived by his wife of 64 years Sydney (Elster); children Amy Gerome Acuff (Dan) of Atlanta and Douglas (Liz) of Charlotte, and grandchildren Nicole, Jordan, Reid, Libby and Emily. No services are planned. Any gifts may be made in Jerome's memory to the Sarasota Ballet, c/o Lauren Stroman, 5555 N. Tamiami Trail, Sarasota, FL 34243.