Chemotherapy transfusion appointments in recent weeks looked much like Halloween for Mai Nguyen, who was diagnosed with breast cancer in April.

Nguyen (pronounced Win) used cooling cap cryotherapy during four chemo treatments as the agent doxorubicin – better known as the “Red Devil” because of its harshness – dripped into her veins.

“It's not for everyone but it was nice to have that semblance of normalcy,” said Nguyen, 34, of the Town of Tonawanda, a teacher who finished her chemotherapy Oct. 11 after a lumpectomy in her left breast that also showed her Stage 2 cancer had spread into some of her lymph nodes.

Scalp cooling has been used in recent decades in Europe to ease migraine headaches, and reduce hair loss for those in cancer treatment. It remains relatively new in the United States. A friend on Nguyen’s co-ed touch football team told her about the caps.

Q: Your friend was helpful?

She’s about four or five years older than me and had gone through breast cancer. She was one of my go-to people in terms of asking questions. If you go online, there's a lot of research. In my mind, it helped me cope with some of the mental struggles that I dealt with during chemo. It gave me a chance to live a normal life – or to be perceived as living a normal life – by keeping as much of my hair as I could.

It's the hardest thing I've ever had to do. The doctors and the nurses, and the research I'd done, tried to prepare me for the side effects. For me, sometimes the mental struggle was the hardest. I'd get treatment on Thursday and then I was one of the lucky few that felt the symptoms right away in terms of nausea. I couldn't really eat or drink much. The hardest part for me was missing out on the things I did every day because I didn't have the strength to do them for two or three days.

Q: What kind of cap did you use?

I went with a Penguin Cold Cap. You have to rent them. It's not cleared by the FDA to buy them yourself. Two or three companies rent them out nationwide … for about $495 a month. The dry ice you need cost me about $50 every other week for two months. It all came out of pocket. Insurance doesn't cover it because it's experimental in their eyes. Some of the bigger facilities in New York and Los Angeles have freezer units with cooling caps attached to them but facilities around this area don't. … There are organizations out there that do have grants available for chemotherapy infusion centers to have a freezer unit in their facilities. I think there are still some oncologists who don't see hair loss as that big of a deal because the hair does grow back but it does go back to the mental or emotional part of the chemo. A lot of times you don't know how much it's going to impact you until it happens.

Q: What are the caps like and how are they used? 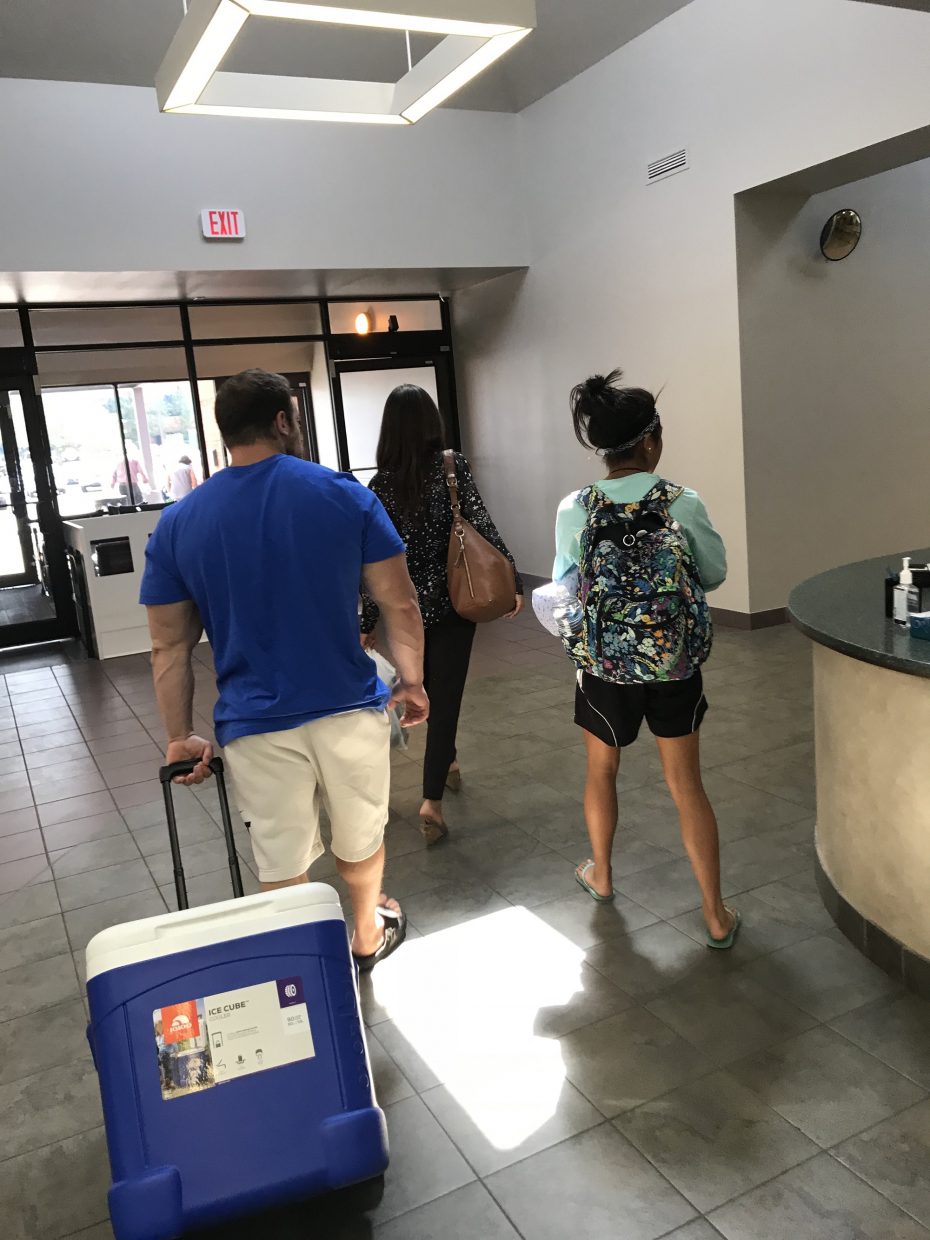 They're kind of like Velcro helmets. The company sent me four of them. I also had to get 50 pounds of dry ice each time. Two hours before my treatment, I would put my first cooling cap into the [cooler] with dry ice so that when I used the caps they would be between minus-30 and minus-32 degrees Celsius (about minus-23 Fahrenheit). I’d change it out and cycle [each one] through the cooler. … The first one goes on an hour before chemo is administered, then switch it out every 30 minutes throughout treatment. It was a very tedious process. I was fortunate that I had my brother or boyfriend there to help me because there were times where I would be asleep and they would change the cooling cap for me.

Q: How did it work for you?

My hair definitely thinned but I knew going into it with my treatment, there was a 50 percent chance of it working. (For other kinds of chemotherapy, the rates are higher.) In my mind, I would have rather tried and failed than never tried at all.

Q: Would you have used a wig otherwise?

I don't know. Right now, I'd say no. Through the whole process, I said no. But I don't know how I would have felt if I was completely bald. There's something about waking up, brushing your teeth and seeing yourself in the mirror, knowing you don't feel great but you still look the way you did with or without the cancer. It helped motivate me.