When Jim and Sam Carlo moved back to Buffalo and bought waterfront property roughly 20 years ago, the couple's decision was considered crazy. There were few hints the city would take a turn for the better.

Two decades later, during Buffalo's development boom, the Carlos call themselves retired: Jim, after years working for Sodexo as an executive chef at M&T Bank and running the Chautauqua Cafe, and Sam - known formally as Sandra - as chief operating officer at UBMD, the area's largest group of physicians.

Perhaps they're only nominally retired, as Jim and Sam remain eager to contribute to the renaissance. With help from family, the Carlos now own and operate the Gateway City Deli in the Gateway Building that previously housed a Marco's Italian Deli location. They've kept the concept similar to their predecessors; the Gateway City Deli focuses on lunch, for now, with breakfast to be added and hours to be adjusted soon.

The lunch menu is split into house-made soups ($3.95-$4.95), creative salads ($5.95-$7.95), a smorgasbord of sandwiches - from cold and hot specialties named after notable Buffalo locales, as well as a build-your-own option, featuring a deep roster of choices. Every item on the menu is less than $10. 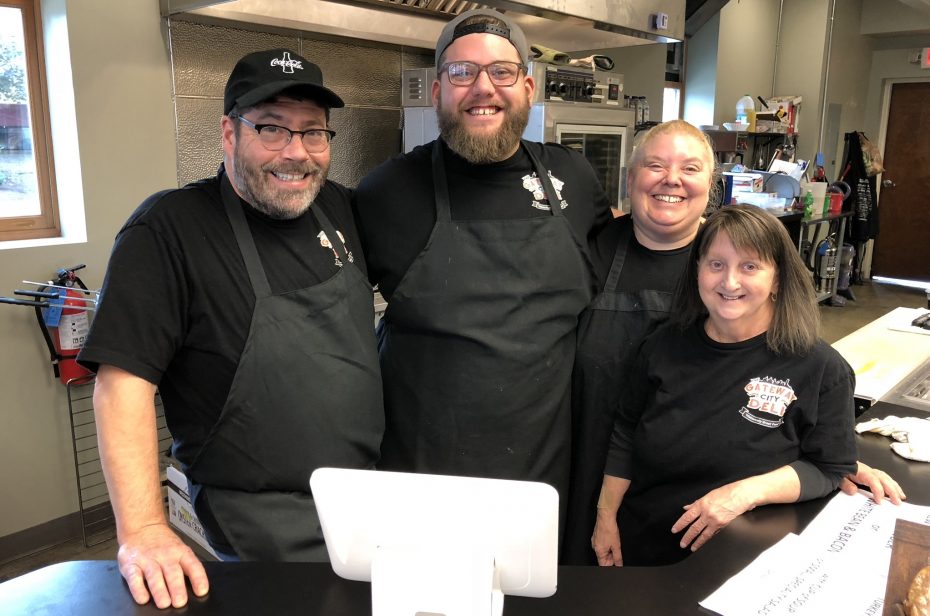 Without question, the Buffalo Club with fresh-roasted turkey breast, provolone cheese, bacon, lettuce, tomato and mayo ($7.95) is the most popular sandwich, partly because the turkey is roasted in house, and partly because of the human affinity for bacon.

Among the hot sandwiches, all $8.95, the Genesee Gateway (house-roasted beef, Swiss cheese, caramelized onions, arugula, red peppers, roasted garlic mayo) stuck out for unexpected reasons. It was not for the roast beef, which was a little dry, but for the garlic mayo, which popped with flavor and brought needed creaminess. We would ask for more mayo next time.

The Rand, a meatloaf sandwich with provolone cheese, roasted tomatoes, arugula, banana peppers and a red pepper chipotle sauce, was reminiscent of a healthier Big Mac. While the meatloaf could have been thicker, the lingering heat from the sauce, the smoky tomatoes and the zing of the banana peppers kept each bite from blandness. 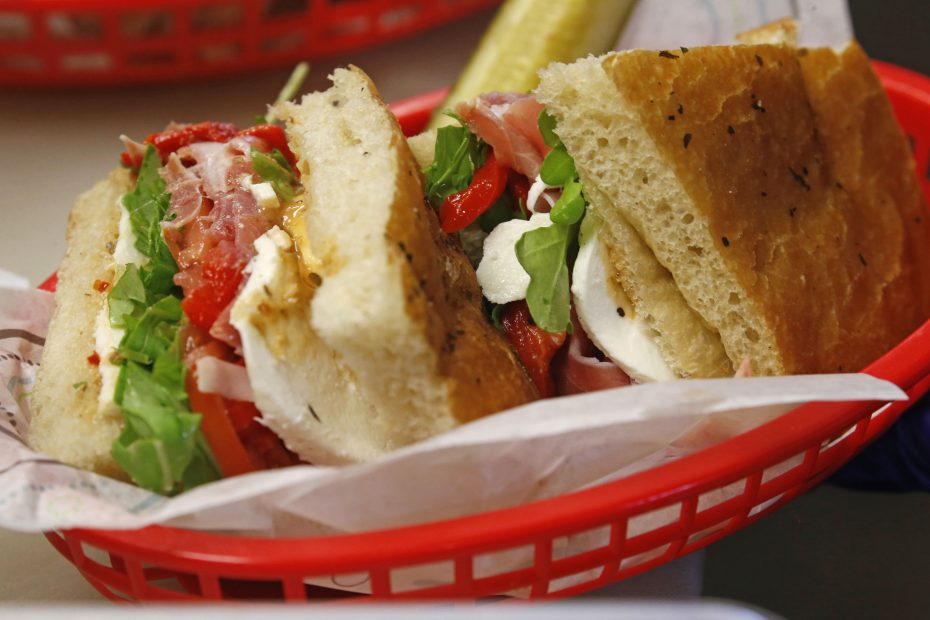 Many of the items at Gateway Deli, like this Liberty Bank sandwich, are named after Buffalo landmarks. (Robert Kirkham/Buffalo News)

Extra napkins might be required for the Hotel Lafayette, a hot sandwich featuring prosciutto, wilted garlic spinach, feta cheese and blue cheese spread on focaccia. Again, each bite didn't lack for flavor, as several sharp ingredients were tempered by the heartiness of the bread.

The Armory is a nice Thanksgiving teaser, starring Gateway's fresh-roasted turkey breast, supported by stuffing, brie, arugula and cranberry mayo on a kaiser roll. The sandwich clung together likely better than a loosely cobbled holiday version, with the ingredients represented well enough to shine without dominating. 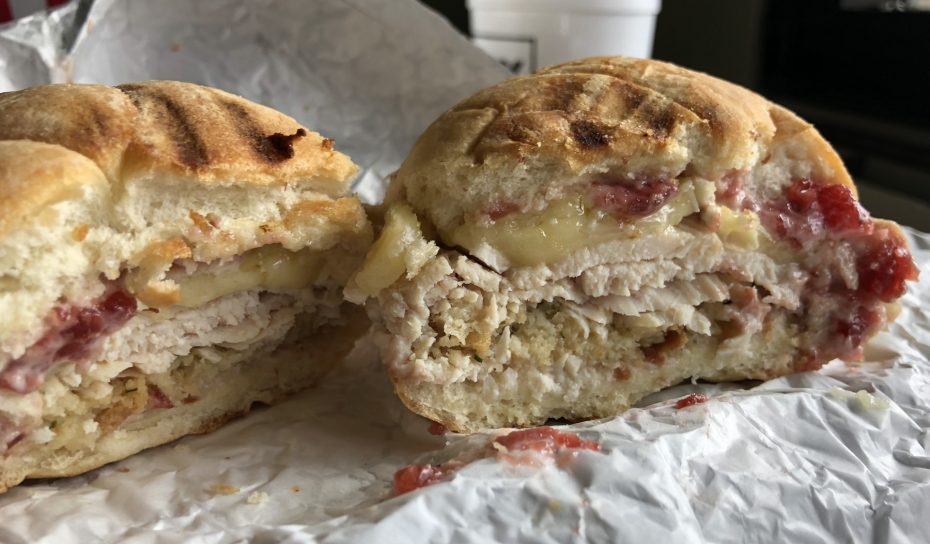 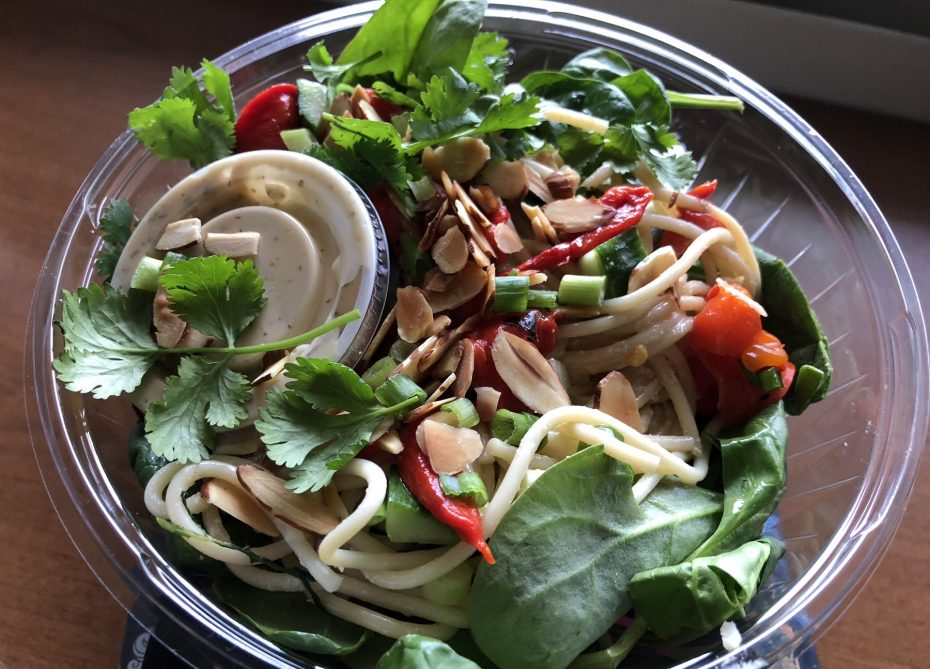 The Albright-Knox salad is highlighted by vermicelli noodles and a slew of Asian influences. (Ben Tsujimoto/Buffalo News)

With a background in hospitality management, Jim Carlo's restaurant is inviting, with tall chairs by the windows and a mixture of two-top and four-tops around the room without making it feel cluttered.

While Gateway won't wow with its portions, the prices, bold flavors and selections compensate in lunches that wouldn't be easy to prepare at home.

Parking: Metered street parking on Genesee, but free on Oak.