The fake device found on the post office's front steps was not in any packaging but sitting out exposed, like the prior devices found Friday, he said. The worker discovered it about 8:50 a.m. and called police.

"It was determined using the robotics of the Sheriff's Office that the device was an inactive device similar to what we saw yesterday outside of the station house here," Rinaldo said from the South Buffalo station.

The incident caused headaches and spurred fears among neighbors, as police shut down several blocks of South Park Avenue for much of the morning as they worked to determine whether the device posed a threat. A local mail truck was delayed from making its final delivery. The Post Office temporarily turned away patrons.

Also at the scene were the Erie County Sheriff's Office, FBI and U.S. Bureau of Alcohol, Tobacco, Firearms and Explosives. Bomb-sniffing K-9 units were brought to the scene as well.

"It's scary," said Cheryl Vujakovick, who lives across the street from the post office and was visiting the Dudley Branch library a block away. "The mood is extremely quiet, and people are on the edge."

Many residents in the neighborhood were already aware of the fake pipe bombs that had been left at the police station and hovered outside in the gloomy weather, asking the police officers who had blocked the street for news.

Resident Patrick Johnson stood across from the Moose Lodge, which sits next door to the post office, troubled that the lodge might not open.

"I've got to call my mom and tell her they're not going to have bingo," he said.

Investigators were canvassing the neighborhood for witnesses and surveillance video. Rinaldo asked that anyone with information about the pipe bombs, or who may have seen someone outside the post office overnight to call the Buffalo police confidential TIPCALL line at 847-2255.

Buffalo Police Capt Rinaldo speaks to reporters about the suspicious device found at the post office on South Park in South Buffalo. pic.twitter.com/o6ZgbuETnF

The Saturday incident came just a day after another bomb scare, when custodial staff at Buffalo Police Department's South District Police station discovered two devices that appeared to be pipe bombs outside the station house early Friday morning. Those devices were also fake, but police said they were made to appear real. The police station is less than a half mile from the post office on South Park.

Rinaldo said Friday that after the fake pipe bombs were found outside the police station, the Erie County bomb squad quickly determined those devices were non-functioning and contained no explosive materials.

Police posted two surveillance camera images of the person leaving the devices in front of the police station on Facebook Saturday. 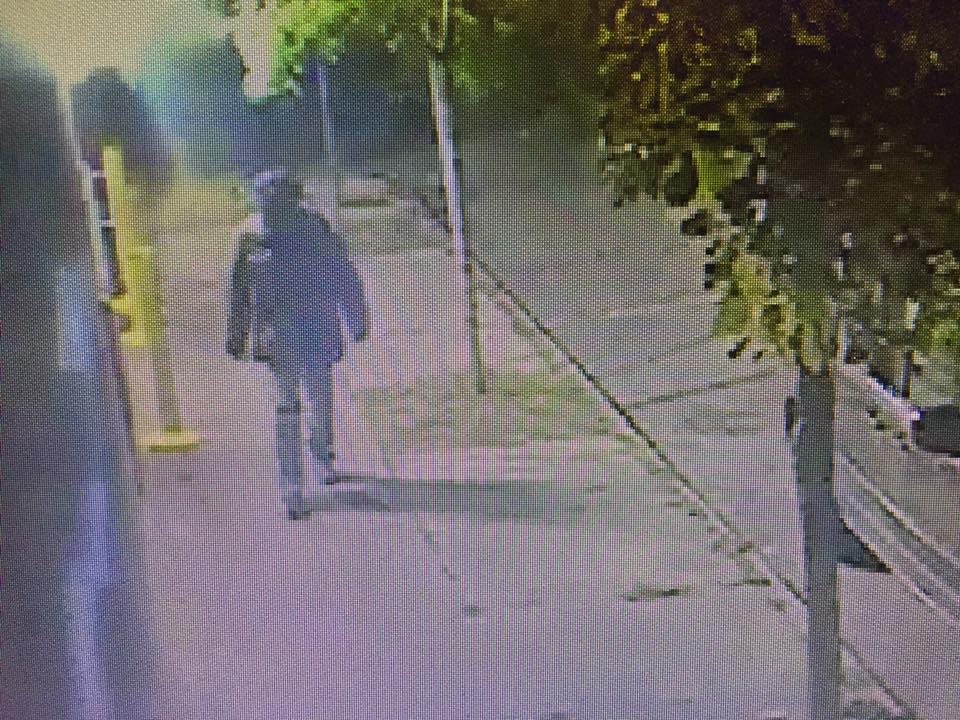 Buffalo police released a surveillance camera image of someone appearing to leave the devices that were later determined to be fake pipe bombs outside the police station on South Park Avenue overnight Thursday. (Courtesy of Buffalo Police Department)

He speculated the incident was an opportunistic copycat act in the wake of recent events.

On Saturday, he said whoever had laid the fake device outside the post office was committing felony and would be charged with placing a "false bomb or hazardous material." Such a crime carries penalties starting with a year in prison.

"You face the same consequences as if it were a live device," Rinaldo said.