One early spring day in 1982 my older daughter came to me and said, “Tracy and I are going out for the softball team!” I expressed support and delight, as I was chuckling to myself about the daughter with the perfect hair and nails going out for a varsity sport. Not only did she and her friend make the team, they signed up to play during the summer for the Westside Ponytail League at LaSalle Park.

As a (very) former high school athlete, I never missed a game, cheered them on relentlessly, provided rides for a million girls, nagged her into washing those uniforms, bought those cleats and helped to oil those gloves. What a delight to see this immaculately groomed teenager slide, sweat, and support her teammates.

Preceding and running parallel to the softball years were the countless freezing cold hours at the Bud Bakewell Rink in Riverside before it was enclosed, watching my nephews play hockey. This was followed by my nephew Tim’s forays with various local and juniors teams, all over Western New York. He went on to play on the state championship Buffalo State team. My “Hockey Aunt” button is still one of my favorite possessions. 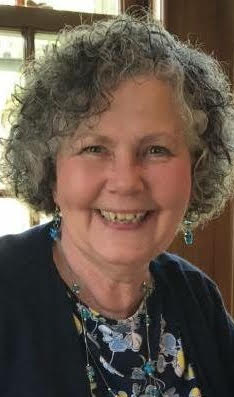 My younger daughter played several sports during her K-8 career, and although tiny and slim, she was – and remains – a fierce competitor. I had to remember not to yell out “embarrassing” things when she played. It was hard. I yell, cheer, scream, sing and, yes, sometimes dance on the sidelines.

High school ushered in the era of my grandson’s varsity baseball and soccer careers. Technically both warm weather sports, we found that to be pretty much a myth in Buffalo. Blankets, hats, scarves, gloves and thermoses full of hot beverages were thrown in the back of my Jeep along with the folding chairs.

Simultaneously, my granddaughter began her stint on swim teams. Chlorine has always been my favorite sports odor and even though she swam in some tiny Buffalo Public School pools (some with no bleachers) I never missed a meet, as she swam all through middle school.

Her move to high school meant volleyball. A friend convinced her to try out for the team, in a sport she had never played. A determined and focused competitor, a coveted spot on varsity followed her JV stint. My Jeep has taken me as far away as Cattaraugus County to watch her play.

But, the clock is ticking. We are counting down, there are only two more games left in the season. A senior, those games will mark the end of her volleyball career. This week at the last home game, we celebrated “Senior Night.” There were hugs, balloons, roses, loud music and some girls cried.

I felt very nostalgic, as this is going to be the end of my “career” as well. No more mangled dinner schedules, hurrying out of work, schlepping kids around, the aroma of uniforms and sneakers, ordering gear, selling candy bars and attending pancake breakfasts.

Huge thanks to the schools, the community centers and parks, and mostly to the caring, dedicated coaches who treated all the kids as if they were important and gave them the chance to grow and have fun learning what teamwork is all about. I’ve had a good run, 36 years of being there. With a huge, satisfied sigh, it’s time to hang up the pompoms.