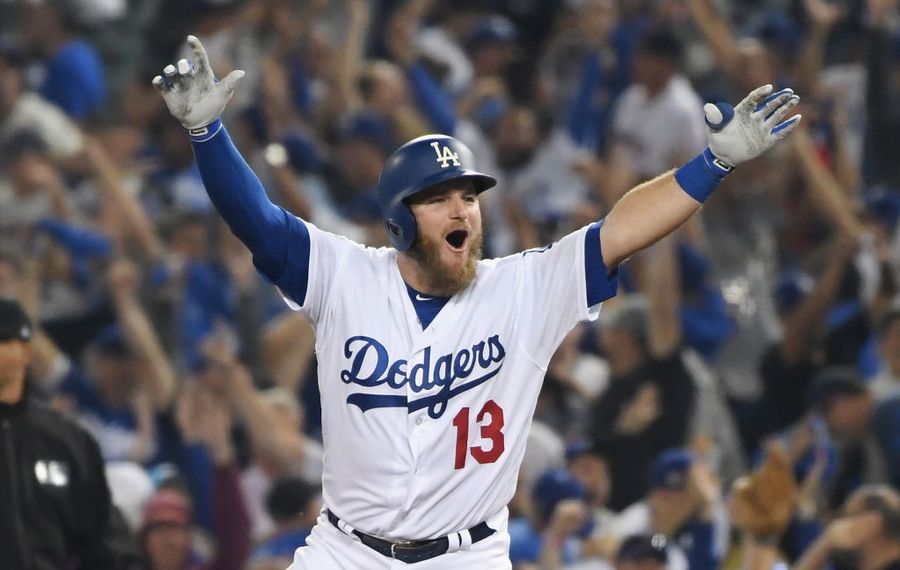 The Boston native and avowed Red Sox fan was trying to stay with the historic Game 3 of the World Series between the Sox and Los Angeles Dodgers. But as he fessed up here after Saturday's optional morning skate, he didn't make it to see the finish at 3:30 a.m. Eastern time.

"I saw 10 innings," the Sabres' center said of the historic 18-inning affair won by Los Angeles on Max Muncy's home run. "I fell asleep with it on. I rolled over and I could still hear them commenting on the game and I was like, 'I feel like I've been asleep for a while here, been asleep for a couple hours'.

"All of a sudden they hit the walkoff there. Tough loss for the Sox but we're still up, 2-1. Crazy game. Eighteen innings in the playoffs is pretty nuts. They have to get back at it."

Eichel turns 22 Sunday and his life has been filled with championships for his hometown teams.

The Sox ended 86 years of frustration in 2004 and are trying for their fourth World Series title in 15 years. Starting in 2001, the Patriots have become one of the great dynasties in NFL histories. The Celtics won an NBA title in 2008 and the Bruins' 2011 Stanley Cup ended a 39-year championship drought.

Since coming to Buffalo, Eichel has recounted the story of watching Game 7 of the '11 Cup final at Vancouver on his couch at home with his father and celebrating the Bruins' victory. The irony is not lost on him, given how the Black and Gold are now one of his chief rivals.

"It's pretty cool to obviously follow those teams during their runs," he said. "It's more or less the expectation every year. For the Patriots, their expectation and that of the community around them is that if they don't win the Super Bowl, the season is basically a bust.

"That's pretty crazy to think about that every year they're a contender. Credit to them and their organization and Tom Brady and Bill Belichick, just what they've built there."

The Patriots, of course, will be in Orchard Park on Monday night for their annual game against the reeling Bills.

"All the pressure has to be on the Patriots Monday," Eichel joked.

As for the Sox, Eichel was going to be a tad busy during Game 4 but was looking forward to checking in on Game 5 Sunday night.

"It seems like every season now is World Series or it's a bust for them too," he said. "They've had a pretty historic run this year and hopefully they can close it out. It's a culture they've built. It hasn't happened overnight but it's built from a while ago. They do a good job and hopefully they can pull this one out."

Sabres forward Evan Rodrigues sat out the game as the team announced just as pregame warmups started that he had returned to Buffalo to attend to a personal matter. Tage Thompson, a healthy scratch the last three games, got back in the lineup and played on the third line with Casey Mittelstadt and Kyle Okposo.

Eichel, Sam Reinhart and Conor Sheary all sat out practice Friday due to what coach Phil Housley termed a maintenance day. All three took the ice Saturday morning with a few other players and were fine for the game.

The Sabres have no injuries that date to the regular season. Sean Malone (knee), Scott Wilson (ankle) and Matt Hunwick (neck) all continue to sit on injured reserve with long-timer issues that developed prior to or during training camp.

Remi Elie was a healthy scratch Saturday for the fourth straight game.

Blue Jackets coach John Tortorella is no stranger to offering opinions on the league and he offered another spicy one prior to Thursday's Columbus win over St. Louis about the lack of hate in the game these days.

"Conversations on the ice amongst opponents on a faceoff. It's like a big hugfest sometimes," Tortorella said. "I don't know if they have so many meetings with this NHLPA and all that stuff that goes on but there's no hate and I miss that. Frustrates the bleep out of me, quite honestly.

"The game's changed and for some dinosaurs that are in it, it's very frustrating, I have to admit."

Sportsnet speculated team "Mic'd Up" videos probably contributed to Tortorella's ire. The night before the coach spoke, the San Jose Sharks released a video of Evander Kane greeting former teammates Eichel and Zach Bogosian during warmup and joking with Jason Pominville about not making a hit during the game when the Sabres were in San Jose on Oct. 18.