The USS Buffalo submarine carried the Queen City's name throughout the Pacific Ocean during 33 years of service that ended last year.

The Navy is readying the nuclear-powered sub for the scrapyard, but part of the ship has a final mission to carry out.

A group of active and retired Navy personnel, along with local community leaders, arranged to save two control panels from the sub for display at Canalside.

A former USS Buffalo crew member is driving the first panel from Washington State to Buffalo, where it will be handed over in a ceremony Tuesday to the Buffalo and Erie County Naval & Military Park.

Five active crew members, including the ship's commander, will take part in a number of activities in Western New York early next week, including a cameo on the field before Monday night's Buffalo Bills game.

People involved in the donation say it's a fitting recognition of the deep ties between the city and the sub, even though the ship never came here.

The Hamburg Republican used his influence to convince the Navy to name a vessel after the City of Buffalo for the third time in its history.

From 'Talking Proud' to the scrapyard: USS Buffalo ends its service

Construction on the 360-foot-long, fast-attack sub was finished in 1982 and thousands of Western New Yorkers traveled to Newport News, Va., for the launch.

The USS Buffalo was commissioned 18 months later and served in the Pacific submarine force until 2016. The sub in May 2017 arrived at Naval Base Kitsap, near Seattle, where workers are shutting down the ship's nuclear reactor and removing hazardous and classified materials.

The Navy held a decommissioning ceremony in July, and by then discussions were well underway to preserve a piece of the ship for display in Buffalo.

The city, its veterans and other boosters embraced the USS Buffalo. The original crew received "Talking Proud" bumper stickers, Bills-themed items filled the ship and each new commander received a Kittinger rocking chair.

So it's only fitting that the Navy return the favor, said Commander Paul Lee, the sub's commanding officer.

"There's a lot of pride in the City of Buffalo with allowing our warship to carry its name, and in my spare time that's really what I'm trying to pay back," Lee said.

The Department of Defense approved the removal and donation of the sub's control panel and its ballast control panel. A former crew member, Daniel Markeson, is driving the control panel cross-country and should arrive in Buffalo late this weekend. 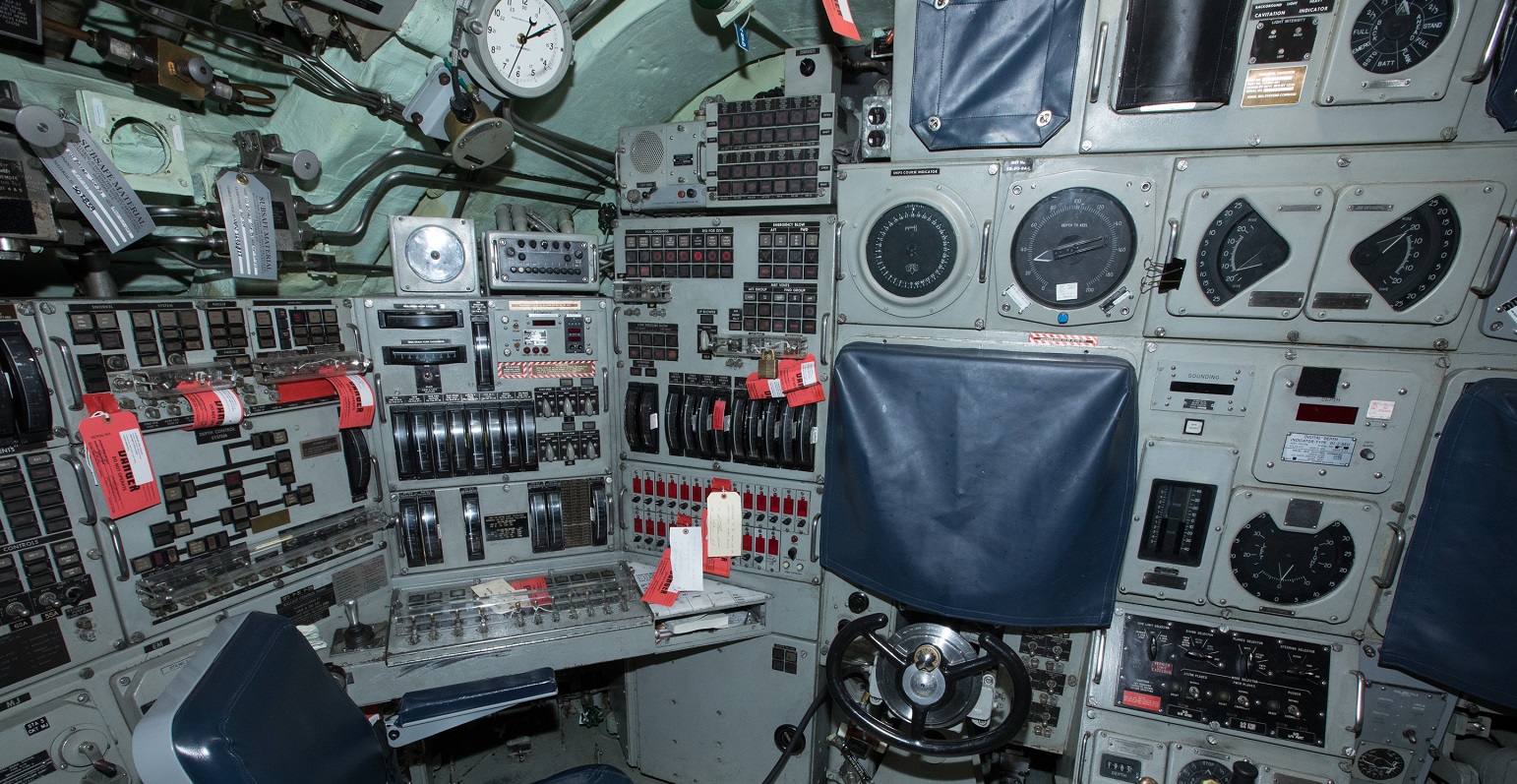 That panel is about five feet wide and six feet tall and, with the use of mechanical and solid-state electronics, controlled the course and depth of the sub, said Lee, who is flying here with four current crew members.

Officials will show off the control panel at an event Tuesday at the naval museum, after the crew stops by Western New York Maritime Charter School. The second panel will arrive later.

"This is the closure event," said Jim Dentinger, referring to USS Buffalo boosters saddened by the decommissioning. Dentinger's late father, Fred, was a key contact between city and Naval leaders.

Paul J. Marzello Sr., the museum's president and chief executive officer, said the organization still is determining where and how best to display the two panels. He expects they could be displayed temporarily on the museum's second floor until a permanent exhibit is built. Shane Stephenson, the director of museum collections, has helped coordinate the panels' donation to Buffalo and will create their permanent exhibit.

Officials remain hopeful the city also will receive the sub's tower, known as its sail. It could be half a dozen years before crews remove the sail from the sub, however.

Monday night, when the USS Buffalo is recognized at New Era Field by the Bills, Lee said he hopes the crew can share the sub's battle cry with the crowd. It repeats the sub's motto, "Silent Thunder," twice before concluding, "We Are Buffalo."

"Maybe if everything works out," Lee said, "that'll be the legacy we give to the Buffalo Bills that they will carry on until the next USS Buffalo is named."