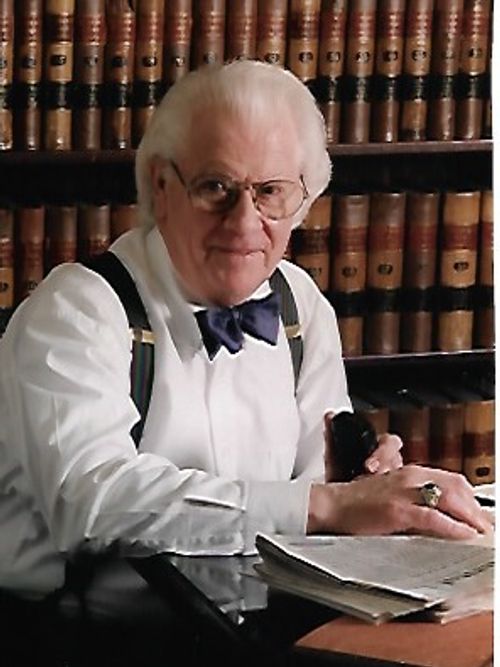 But his idea of home was the back porch of his family's rustic cottage at The Kennels, a close-knit community near Point Abino, Ont., where he spent summers for 42 years.

"There was nothing that he enjoyed more than sitting on the porch at The Kennels," said his daughter, Allison Hassett Wohl. "He never wanted to travel anywhere else."

Mr. Hassett, a Town of Tonawanda resident who was a past president of the New York State Bar Association, died Oct. 25, 2018, in the Terrace View Long Term Care home at ECMC. He was 77 and had suffered from Alzheimer's disease.

"He loved his friends, his family, music, the law, and The Kennels," said his daughter.

His younger brother, Joseph M. Hassett, an attorney in Washington, D.C., said, "Paul was like Henry David Thoreau, who lived deliberately so that when he came to die he would not find that he had not lived."

Mr. Hassett was the oldest child of Paul M. Hassett Sr. and Dorothy Meegan Hassett and brother of Joseph, twins Dorothy and Marie, and Kathleen.

He graduated from St. Joseph's Collegiate Institute in 1958, winning medals in math and English. He graduated from Canisius College in 1962; in 1965, he earned a law degree from Georgetown University, where he was associate editor of the Georgetown Law Journal.

In his first year at Georgetown, Mr. Hassett went on a blind date with Suellen McCreary, a student at the Georgetown University School of Nursing. They married on Oct. 16, 1965, in St. Mary's Church in Beaver Falls, Pa., and had two children.

Mr. Hassett served in the Army at Fort George G. Meade in Maryland from 1965 to 1967. He worked as an intelligence officer and earned the rank of captain.

He returned to Western New York and joined the Buffalo Law firm of Brown & Kelly, which his father, Paul M. Hassett Sr., had joined in 1933.

Through the years, he served as a state bar association vice president, representing the Eighth Judicial District, and belonged to the Committee on Attorney Professionalism, Task Force on the Profession and the Trusts and Estates Law Section.

Mr. Hassett was chairman of the New York State Conference of Bar Leaders, and past president of the Bar Association of Erie County and the Erie County Bar Foundation, which assists attorneys struggling with addiction. "He cared deeply about that," said Wohl.

Mr. Hassett served on the board of directors of the Volunteer Lawyers Project, the Aid to Indigent Prisoners Society and the Erie Institute of Law.

In 2000, he was named president of the 67,000-member New York State Bar Association, the 10th Buffalo attorney to hold that position.

He joined the Amherst Male Glee Club, later the Red Blazer Men's Chorus, in 1978. He sang with the group for four decades and was its president for 17 years. He was commodore of the Buffalo Canoe Club from 1990 to 1991 and served on the board of Canisius College.

"My dad was a force of nature," said his daughter. "He was funny and very strong-willed. He loved to argue, so if I ever wanted anything, I had to come up with a better argument."

Mr. Hassett and his wife had lifelong friends, said Wohl, and added new close friends through the years.

After the presidential election of 2000 ended in a recount of Florida ballots, Mr. Hassett lauded the work of attorneys in a column he wrote for The Buffalo News.

Calling the election "one of the most serious tests our democratic republic has faced," Mr. Hassett wrote, "It was the lawyers and the courts that brought order out of the chaos."

"The presidential election was resolved without one gunshot, kidnapping or grenade being tossed," he wrote. "You can thank lawyers for creating a democracy that allows us to demonstrate, carp, whine, spin and exaggerate without one drop of blood being shed."

Besides his daughter and brother Joseph, Mr. Hassett is survived by his wife of 53 years, Suellen Hassett; a son, Robert; sisters Marie Mellin, Dorothy Kavanaugh and Kathleen Seibel; and five grandsons.