In 1981, when Habib Issa emigrated from Lebanon to the United States and opened his Cedars Bakery, authentic pita bread was still a bit exotic by Western New York tastes. He sold the pocket bread to restaurants and built up a solid roster of clients, such as Pano's.

But by 2015, when his sons Andrew and James Issa took over, pita bread had become so mainstream that the Orchard Park High School graduates were struggling for restaurant accounts, competing with a throng of other fresh pita bakers. They thought about expanding their market area beyond the Buffalo Niagara region, but knew that would be an uphill battle.

"If you try to ship coast to coast, you're always competing with their local bakery. Fresh is such an advantage, you can't compete from far away," Andrew Issa said.

The next generation knew they would have to try something different if they wanted to grow.

That something different, and that growth, have come in the form of Issa's Pita Chips, a trendy alternative to potato chips that are now sold in the Buffalo Public Schools, Tops Markets and Whole Foods; and which are shelf-stable enough to be shipped nationally.

The Issa brothers' first pita chips were sold at the small deli and retail store attached to the front of their bakery on Dingens Street.

"That's where we test ideas," said Andrew Issa. "We use it as a way to connect and stay in tune with customer."

They started putting a side of pita chips out with every sandwich they sold.

They were a hit. 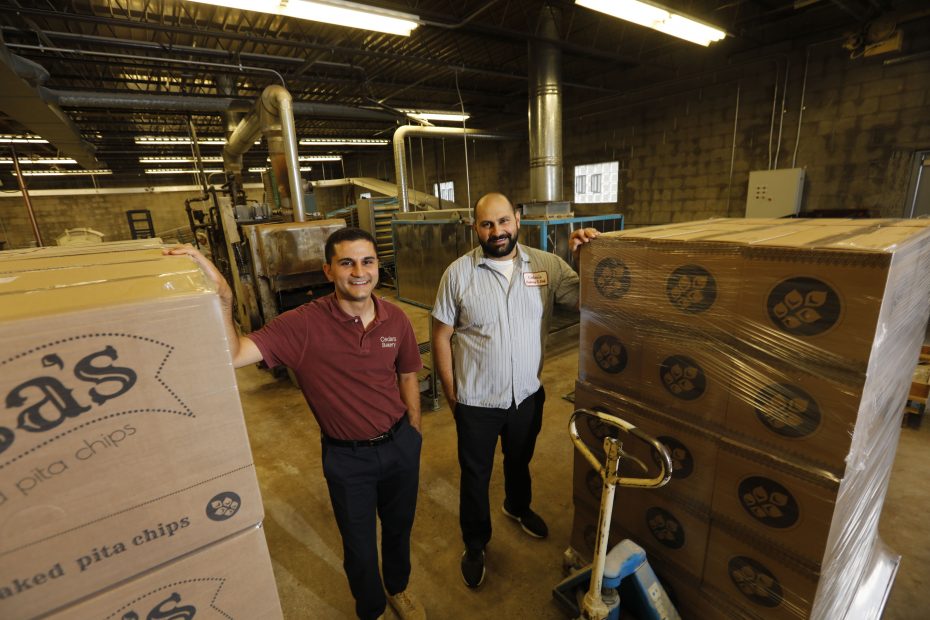 Brothers Andrew Issa and James Issa took over Cedars Bakery which their father, Habib, started in 1981. The brothers expanded production of pita chips which are now sold at Tops, Whole Foods and Dash's. (Derek Gee/Buffalo News)

Then Andrew read an article about the Buffalo Public Schools' Food Services Department's "farm to school" initiative to bring more healthy, local, fresh food to schools in Buffalo. He wrote down the name of the person being quoted in the story, Bridget O'Brien Wood, the director of child nutrition services for the district.

"At the time I had no clue how any of this works, so I just went out on a limb and emailed her," he said. "I took a shot in the dark."

He was able to secure a meeting, and it was a meeting unlike any other O'Brien Wood had experienced.

"He brought his family in and they served us lunch. Everyone was so nice and told us the history of the whole company," she said. "Other vendors use food brokers."

The family brought samples of every product they had, including the pita chips they had been experimenting with.

"I had no sales background. Neither did my brother," Andrew Issa said. "We brought everything that we could possibly make to this meeting, whether it was realistic to produce at that level or not, to see where their interest was."

It just so happened, their interested landed squarely on the pita chips.

So, like good salesmen, the brothers said they could produce the 34,000 bags of chips per day the school would need.

But the truth was, the brothers had never made anything close to that many bags of chips.

"We looked at each other and realized we'd have to figure out how to do it," Andrew Issa said.

The solution came from an unlikely place –  the seven-burner, cast iron behemoth stove their father used to manufacture his first pita bread when he left the civil war in Lebanon and opened his first bakery on Niagara Street. They had lugged the heavy piece of their family's history through all of the company's moves, from Niagara Street to Orchard Park and then to their current place on Dingens Street. Things had come full circle.

The production method became an extra selling point. Unlike other pita chips, which are made in an electric oven, Issa's are flame baked.

"It's less efficient than an electric oven, but the quality is far superior," Andrew Issa said.

With a few modifications to the oven, the brothers were able to scale up to meet the Buffalo Public Schools' needs. They worked together to bump up the whole wheat content and meet the U.S. Department of Agriculture's regulations, as well as some other logistics. They partnered with the Arc, which provides jobs for people with disabilities, to package the chips. 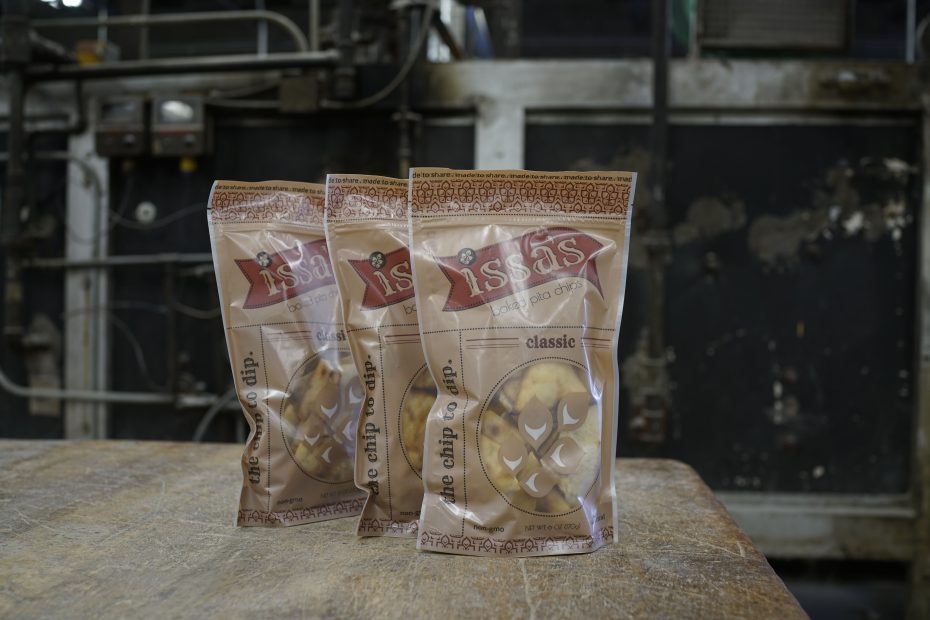 "Our students are more-cuisine savvy. They're out eating at local restaurants as well asking for that quality," said O'Brien Wood, who pairs the chips with hummus alongside veggies and cheese. "The kids like them. They love to dip."

Issa's Pita Chips' road to Tops was a bit longer. Andrew Issa spent about a year regularly checking in with the Amherst-based grocer. He'd had experience with the food service industry through his restaurant dealings, but retail was a whole new animal.

"I would just show up, leave samples, call, leave messages," he said.

So, with some creative finagling, he got a distributor to set up a meeting with Tops on his behalf. While he was there, he left a bunch of pita chip samples and said, "Keep them. Pass them around."

"I do that at every meeting and it has never done anything for me," he said.

But this time, a sample ended up in the hands of the company's president chief operating officer, John Persons.

"We got a phone call, 'We want these in every single Tops location,'" Andrew Issa said. "That flipped things upside down for a second time."

Since then, the company has championed the natural ingredients and locally made aspects of Issa's Pita Chips, and they're in talks to market them alongside its own Tops branded hummus – a cross-branding that is unusual for the company.

Issa also got some chips onto shelves at Whole Foods Market in Amherst. He has been pitching Wegmans passionately but, so far, unsuccessfully. The Rochester-based grocer has launched its own line of Wegmans branded pita chips, but he's hoping the company will give Issa's a chance once their own product is established.

The Issa brothers never went to college, but learned a lot by working hard in the industry, asking questions and reading voraciously, Andrew Issa said. Their knowledge, work ethic and expertise are obvious when you speak with them, O'Brien Wood said. It's everything you could ask for in a partnership.

"They have a lot of integrity and passion for their work," she said. "They stand behind their product. They want nice quality and you can tell they definitely want their customer to be happy."

"A lot of the stuff we’ve done has been on the fly," he said. "We go for it instead of sitting back and waiting for things to happen for us."

You can have a great idea, but it doesn't mean anything unless you act on the idea and put yourself out there. That has been the secret to their success, he said.

"There's such a thing as calculated risk. Not everything is a slot machine," he said. "Learn your craft and take shots."