Late on a recent Thursday afternoon, cars whistled north and south on Buffalo’s Main Street as a small group of protesters stood outside Buffalo Womenservices, a nondescript brick building with sturdy, nearly impenetrable block-glass windows. The protesters, who have been referred to as “sidewalk counselors” in the pro-life movement, held signs: “Choose Life.” “Adoption is a Loving Option.”

Drivers may have barely noticed. The protesters exercised their First Amendment rights peacefully, and dutifully, standing inside the yellow lines painted on the sidewalk. On the other side of those yellow lines, whose existence has been reinforced by the U.S. Supreme Court, is a so-called “buffer zone” that allows people to enter and exit the building freely. That includes women seeking abortions and the doctors who provide them.

Barnett Slepian was one of those doctors. Twenty years ago this week was the last time he entered these doors. On Oct. 23, 1998, Slepian was murdered by a pro-life extremist. His killing was, and remains, a focal point in America's pro-life/pro-choice debate.

A slender, bearded man with thin hair, large glasses and a dry sense of humor, Slepian was fiercely protective of a woman’s right to choose. The 52-year-old doctor, who was married and had four sons, was also cognizant of the protesters’ right to share their feelings. They were louder, more vehement, back in the late 1980s and the '90s. Earlier in the '90s, Buffalo made national headlines as large pro-life protests clogged Main Street and some anti-abortion activists held up aborted fetuses for the cameras. Sometimes the protesters blocked the entrances to clinic. They would angrily confront doctors like Slepian at the clinic, at his Amherst private practice and even outside his East Amherst home.

Sometimes Slepian would lash out angrily too, but he also engaged the protesters in dialogue. 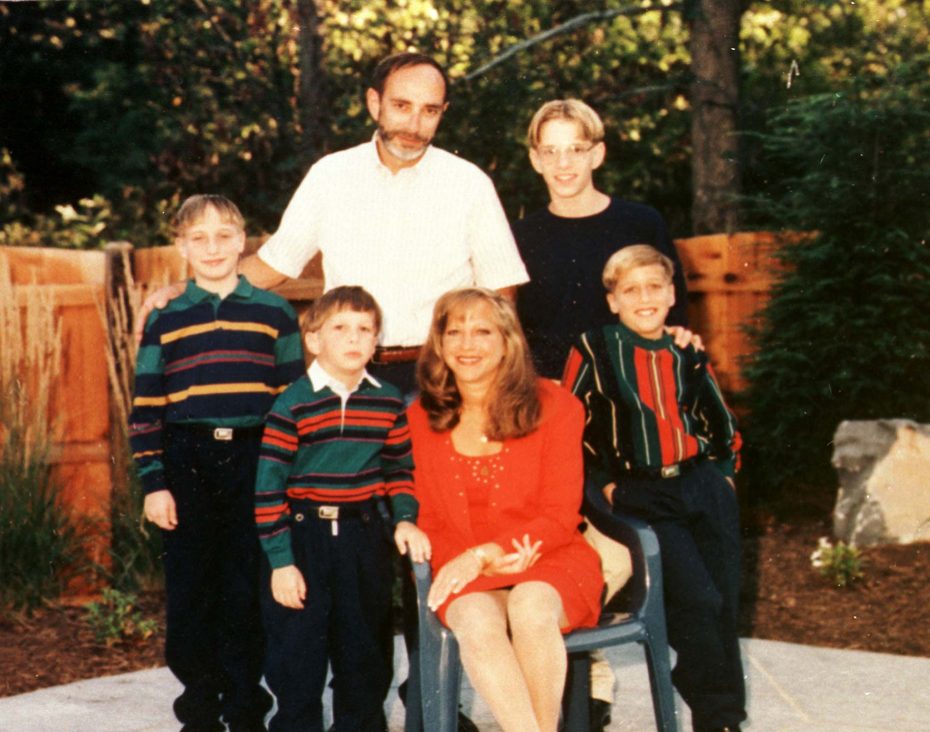 “He was a great doctor and devoted family man,” said Lucinda Finley, a professor at the University at Buffalo School of Law and the lawyer who fought for the existence of the buffer zone all the way to the Supreme Court. “He also respected the protesters. Certainly he minded the effect they had on causing great stress and emotional pain to his patients, but he respected their right to be there and he often went out and chatted with them.”

Later on that day in October two decades ago, Slepian left the clinic. He was due back the next morning to see more patients, but this Friday evening was to be for his faith and his family. He went to his synagogue and returned to his two-story home in East Amherst, where he stood by a window in his kitchen, heating split-pea soup in the microwave.

In a horrifying instant, the glass of that kitchen window shattered. Slepian crumpled. A bullet, shot by a sniper hiding in the woods behind his house, pierced Slepian’s spine and aorta.

Within hours, he was pronounced dead.

The Rev. Rob Schenck, a national figure in the pro-life movement who grew up on Grand Island, was in New York City for a speaking engagement when he got the news of Slepian’s death. Schenck was shaken.

Now Schenck was less certain, though he didn’t allow himself the mental space to grapple with the realization at the time. In the immediate aftermath of Slepian’s shooting, Schenck and his twin brother Paul, who was also highly visible in the media and in courtrooms in the fight against abortion, focused more on damage control.

But Schenck knew Slepian. As he tried to bury his brain in what to say and how to say it, he couldn’t shake that thought. He knew the man who was killed. Not well, and not in a friendly way, but Slepian was not just a name, a figure, or even a monster to him. He was a man. A man with whom he disagreed, and who was now gone.

“I engaged the man — regrettably — in very tense, acrimonious exchanges,” Schenck said last week in a telephone interview. “But I knew him, face to face. I knew his voice. I knew who he was. It was very personal. It shook me. It took me too long to admit to the fact that we had people in our movement who would kill, who would murder. We were not the absolute pro-life community I was sure we were at the time.

“It caused me to question what exactly we stood for.”

Shortly after Slepian’s death, Schenck returned to Buffalo, where he spoke to the media and, with television cameras trailing him, left seven flowers near the doctor’s Amherst office. There was a red rose for Dr. Slepian, a pink rose for Mrs. Slepian, four yellow roses for their sons, and a single white rose. That one stood for hope.

Lynne Slepian, who couldn’t be reached for this story, wasn’t having it. She smashed the bouquet and sent it back with this note, which was published in The Buffalo News at the time:

How do you have the audacity to place roses in front of my husband's office! How can the same man who called Bart a pig be so gentle and composed? Could it be the news cameras you were doing this for?

My message to you, Mr. Schenck, is to look within yourself for forgiveness. You certainly won't receive it from me or my family. It's your “passive” following that incited the violence that killed Bart and took away both my and my children's future.

Keep your damned roses and look elsewhere for media attention!!! 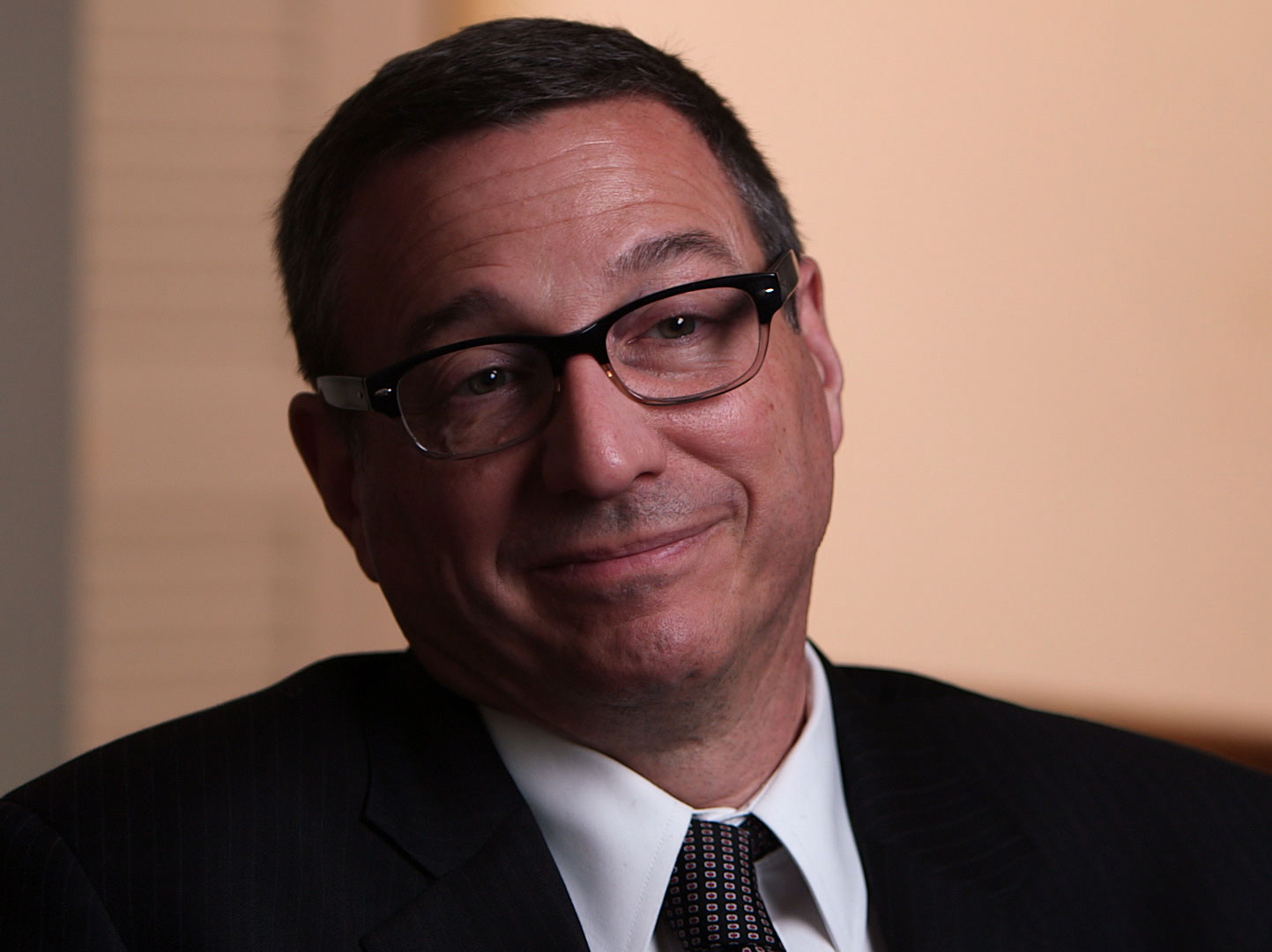 The Rev. Rob Schenck took a step back from his vocal role in the national pro-life movement after Dr. Barnett Slepian was killed. (Photo via armoroflightfilm.com)

In the days that followed Slepian’s death, the staff and supporters of Womenservices scrambled to keep the clinic open. Doctors from out of state volunteered to staff the clinic, and Finley, the attorney, worked with state officials to clear them to practice. Law enforcement helped keep order outside the clinic, even temporarily moving protesters across the street.

Slepian’s murder, Finley said, “created this intense resolve to work extra hard to carry on. I think in a way, focusing on carrying on helped us all compartmentalize or deal with our profound shock and grief — wanting to make sure that his death would not be in vain.”

In the years following Slepian’s death, the temperature level of protests outside abortion clinics began to cool. A series of legal actions steered by Finley helped establish the clear-cut yellow boundaries that allow protesters to demonstrate, medical professionals to go to work, and patients to seek care — whatever that care may be.

“There’s a sense of restored normalcy at the health care clinics that provide abortions in the area,” Finley said.

Law enforcement officials tracked down the shooter, California native James Kopp, in 2001. Kopp, who was found in France and extradited to the United States, was sentenced to life without parole in 2003.

Schenck, who learned Kopp attended some of his pro-life events but says he didn’t know him and doesn’t recall ever speaking with him, stepped back quickly after Slepian’s killing from street-level activism. Quietly, though, he ruminated on his own misgivings for “a number of years.”

“I was on a trajectory in that movement where I was becoming so convinced that, first, we were right and that this was the murder of children,” he said “If I had gone just a little further down the road, I can’t be sure that someone wouldn’t have convinced me that what you do with a killer is you stop them with lethal force. I mean, that’s what you do. And some of our colleagues had already come to that conclusion.” 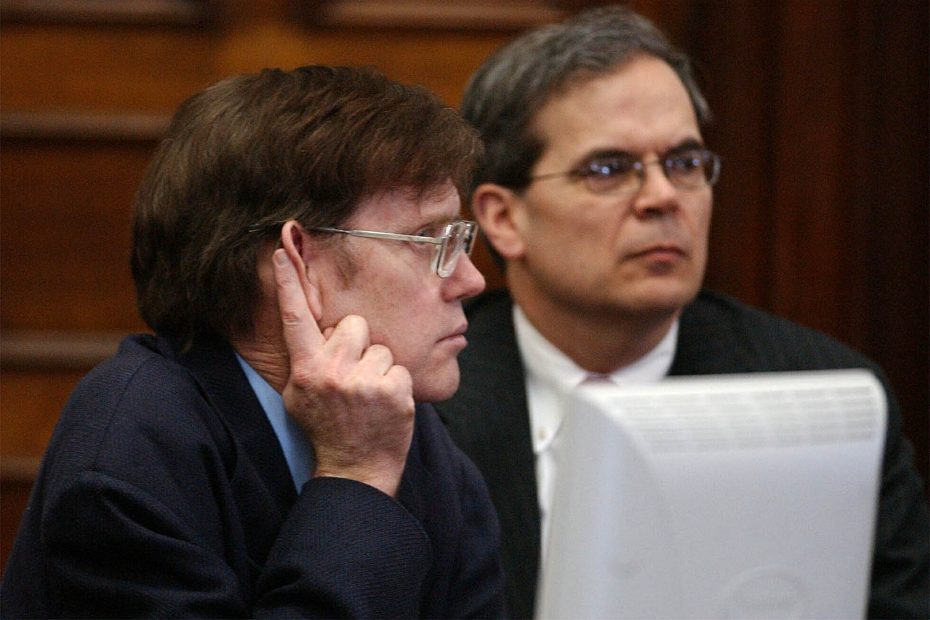 For the next decade-plus, Schenck debated inwardly: He valued preserving human life above all else — that much was certain — but he also felt he had done wrong. His activism in the early '90s made him a “zealot,” he said, and he lost sight of the pain and conflict that must have been felt by women entering abortion clinics. He wishes, too, that he could reconcile with the Slepian family. But, he acknowledges, “I think if I ever attempted to do that, it would be the ultimate insult to them, so I never will.”

In 2015, Schenck was the subject of a documentary, “The Armor of Light,” in which he revisited Buffalo, reflected on his fervent activism, and described why — unlike most evangelicals — he feels stronger gun control is necessary.

But only earlier this year did Schenck fully unveil his refined thinking on the abortion issue. In June, he released a memoir, “Costly Grace,” and began publicly questioning the extremes of the pro-life movement and even some of its basic tenets. For example, even with the Supreme Court now tipped conservative with the addition of Justice Brett Kavanaugh, Schenck doesn’t want to see Roe v. Wade overturned. He fears reversing it would be a “hollow political victory,” and he doesn’t like where that would lead.

“Then we would just simply be thumping our political chests and rejoicing that we had triumphed over our opponents, and in the end states would have to make those decisions,” Schenck said. “Some would give protections to abortion and some would not.”