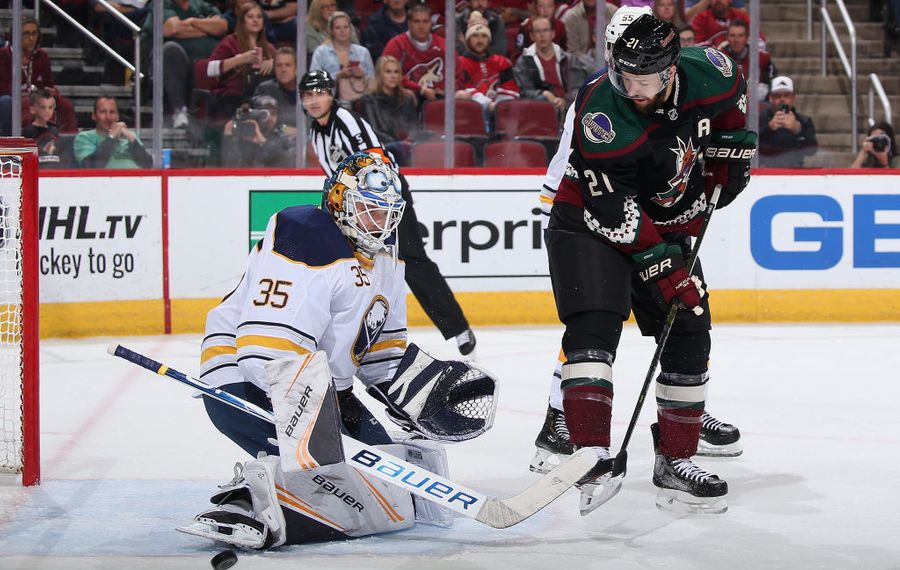 LOS ANGELES -- The Sabres and Los Angeles Kings meet today at 3:30 Eastern in Staples Center and coach Phil Housley briefed reporters 90 minutes before faceoff with the news that Linus Ullmark will get his second start in goal today.

Ullmark made 36 saves last Saturday in his season debut, posting his first NHL shutout as the Sabres blanked the Arizona Coyotes, 3-0. He has made one start against the Kings in his career: A 2-1 overtime victory at KeyBank Center on Dec. 12, 2015 where he stopped 20 of 21 shots.

Defenseman Nathan Beaulieu was hit in the midsection,  or perhaps in the hand, by a Marc-Eduoard Vlasic shot in the third period Thursday night in San Jose, and will sit out today for what Housley called a "maintenance" day. Casey Nelson will return to the lineup to take his place.

Housley did not know if Beaulieu could play Sunday in Anaheim.

"It's just a day to day thing," the coach said. "We're going to have to make some decisions tomorrow. Hopefully we get the outcome we want tonight but it's a day-by-day process."

Housley was thrilled by the performance of Bogosian in San Jose, a game that saw him register game-high totals of eight blocked shots and five hits.

"That's what he provides for our hockey team," Housley said. "Not only the leadership and experience but he puts his body in harm's way and he's got an excellent first pass. I like that when he joined the rush in the third period, their guy just got a stick on him. His game is coming."

Patrik Berglund, a healthy scratch Thursday, is back in the lineup today. So is Johan Larsson, who sat out three straight. Remi Elie will sit for the fourth time this season and Tage Thompson is expected to be a healthy scratch for the first time. He has no points in seven games and has played fewer than 12 minutes in five of them.

The home team had won 15 straight meetings in the series until Los Angeles broke through for a 4-2 win at KeyBank Center in February. That's the game most remembered for the press box suite door slam by general manager Jason Botterill that showed his frustration with his last-place club as it fell behind, 4-0, in the second period.