The wait for Western New York's first Chick-fil-A restaurant is getting shorter. The restaurant is making progress on construction, though the company still has not released an exact opening date.

"We don’t have a confirmed date just yet and still have a goal of opening in Q4. That’s all we can share for now," said Jackie Jags, a Chick-fil-A spokeswoman, by email Tuesday, referring to the fourth tax quarter of the year, which ends Dec. 31.

But workers on the construction site said they had heard the restaurant would open by Thanksgiving. A contractor at the site said there were "a couple of weeks" left of work to be done on the space before it could even be considered ready to open.

Crews have added exterior signage to the structure at 1753 Walden Ave., and are busy building out the restaurant's interior. Tables and other furniture are slated for delivery next week.

The company is conducting interviews for potential employees in a trailer on the construction site. Job seekers are directed to apply online at NowHiring.com/cfacheektowaga.

Chick-Fil-A is planning its second Buffalo Niagara store in Cheektowaga also, on Transit Road near Losson Road. That project is in the planning stages. 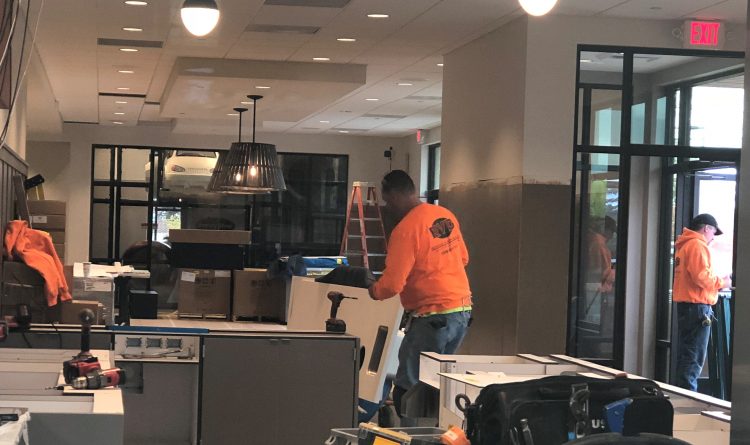 Crews busy building out the interior of the Chick-fil-A restaurant at 1753 Walden Ave. in Cheektowaga. (Samantha Christmann/Buffalo News)