It’s a trait that Frank Reich says defined one of his coaching role models, Hall-of-Famer Tony Dungy, who Reich worked for in Indianapolis.

“It was like his heartbeat never skipped a beat,” Reich said.

Talk about the perfect guy to follow in Dungy’s footsteps with the Colts.

Reich, the beloved former Bills backup quarterback, made his legend in Buffalo by never shrinking from the big moments when he was called upon to fill in for Jim Kelly.

That same, rock-solid presence characterizes Reich’s style in his first season as Indianapolis head coach, according to his players.

The Colts are 1-5 entering Sunday’s game against the  Bills. They have lost four straight games, the latest a disappointing 38-24 decision to the less-than-imposing New York Jets. 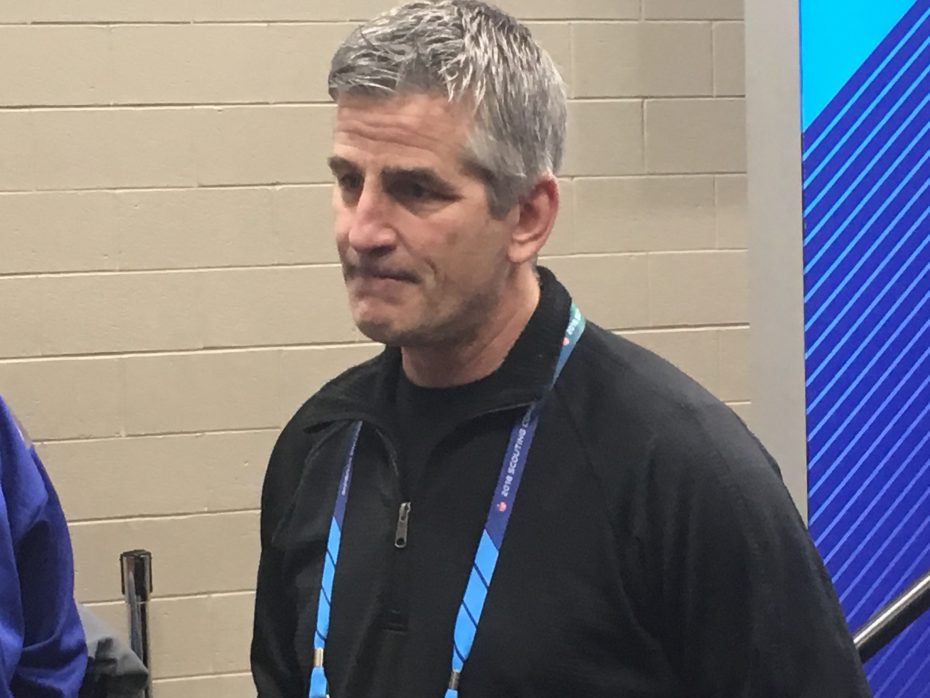 Frank Reich has made a good impression with his team in Indianapolis. (News file photo)

Yet while there was dissatisfaction all around the Colts’ locker room Tuesday as attention turned to the Bills, there was no sense that the sky is falling.

“He’s just steady,” said Colts offensive coordinator Nick Sirianni. “It’s always the next play, the next play, the next play. He preaches that to our guys. That goes for the next week, as well. We lost a tough one last week. But we’re moving on. We rehash the game and correct the mistakes, but once it’s over, it’s over. I think that’s the sign of a good leader. And Frank’s had years and years of leading.”

“Wins, losses, practices, games, he’s always been the same guy,” backup quarterback Jacoby Brissett said. “He played the game, and I think he has that advantage over a lot of coaches. He’s even-keeled, and he knows exactly what he wants to see from us.”

The Colts are in a rebuilding mode. They went 4-12 last season. The 56-year-old Reich inherited a team that arguably was three good drafts away from building a dominant defense. The Colts did not have one cornerstone player in the defensive front seven entering this year’s draft, and the offensive line needed a major overhaul.

Frank Reich shielded himself from drama of Colts' coach search

It was an organization in desperate need of a self-assured coach with a clear vision.

“We have a sign in the locker room: Toughness is a relentless pursuit to get better every day,” Reich said Tuesday in an interview with The News.

Being steady in tough times comes naturally to Reich. He takes after his father, Frank Sr., who was a high school football coach. And he played for two especially even-keeled coaches in Bobby Ross at Maryland and Marv Levy in Buffalo.

“There’s no doubt it was enhanced by working with great people,” Reich says of his steadfast nature. “It was enhanced by growing up in the family that I had, first of all, because my dad was very much like that. Certainly, in the football profession, Marv Levy, Bobby Ross, Tony Dungy, Jim Caldwell. I’ve worked with a lot of guys who’ve had that quality. I just think that’s a great quality to have as a head coach.”

Playing for Levy, Reich saw the importance of getting everyone’s buy-in. 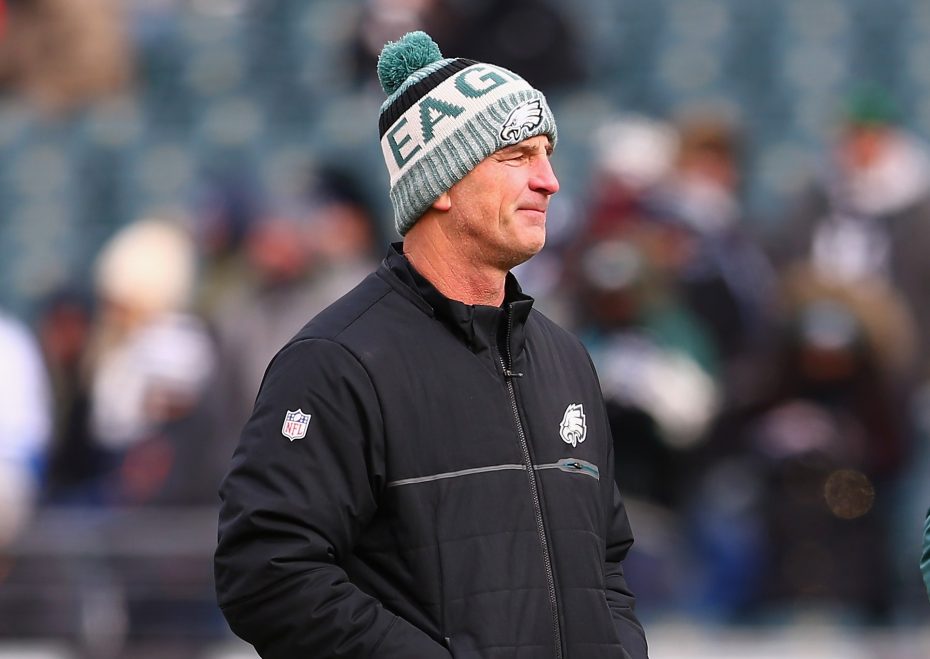 “I think Marv was very consistent in his messaging,” Reich said. “I think Marv also was very adaptive in his application of the message, in how he related to players. Treat everyone fairly, not everyone the same. He had a unique way of pressing the right buttons and connecting with everybody. He was not just a guy up front who could articulate a vision. He was very personable, as everyone knows.”

Colts players say Reich is a first-time head coach who knows his style.

“I’d describe him as a rare coach in that he has a good heart,” said defensive tackle Al Woods, who has played for eight head coaches in nine NFL seasons. “It’s not something you always find. He’s very smart. He comes across as genuine. Some coaches are copycats. They cut and paste what they say. It’s not like that with Frank.”

They also say he is meticulous about holding them accountable.

“Anything I do, I hear about it,” said tight end Eric Ebron. “He’ll tell me when I’m good, but he can’t wait to tell me when I’m wrong. Today he tried to tell me about a certain alignment and technique required, but I already knew so I jumped in and told him. He’s always criticizing me because he knows I want to be great. He doesn’t do that with just me, he does it with everyone. Andrew [Luck], everyone. There’s a lot of communication when it comes to Frank. A lot.”

Winning a Super Bowl ring as offensive coordinator with the Philadelphia Eagles last season was the figurative cherry on the top of his resume, which made him more attractive to the Colts.

It was another example of the rational approach of Reich and coach Doug Pederson benefitting the organization. When quarterback Carson Wentz went down in Week 14 with a knee injury, Reich helped get backup Nick Foles ready for the Eagles’ run to the title.

“When Carson went down, literally everybody was losing their mind,” Reich said. “Not in our building, but it seemed outside our building. Inside the building, no one flinched. I had the utmost confidence in Nick, and not just him, but the whole offense. When we got shut out against Dallas in the last game of the regular season, everyone was like, 'This is it, they’re going to be one and done.' We just laughed. We came out and lit it up for three straight games.”

“He was viewed as really a mastermind,” said Colts linebacker Najee Goode, who was with the Eagles last season. “I know him and Doug would bounce plays off each other. It wasn’t all just Doug, it was Frank, too. Frank sees things he can take advantage of, he finds ways to manipulate a defense.”

Reich’s offensive acumen was another key element attractive to the Colts, who are built around Luck, a 29-year-old franchise quarterback coming off an injury and beaten up in his last few seasons on the field.

Luck was the third-most sacked QB in the NFL in 2016. So far this year, the Colts are third best in sack prevention.

“That’s his baby,” Sirianni said. “He is the protection guru. Everything I’ve learned about protection is because of Frank. He’s a quarterback. He knows the importance of protecting that guy. That’s why he puts in endless hours, so we can get the most out of the quarterback.”

Reich knows he’s fortunate to get a head-coaching job with a proven quarterback in place.

“That doesn’t happen often,” Reich said. “It’s as good a situation as you could ever want to have. Even in spite of a rough start this year, you feel like when you have a player and a person like Andrew — it’s not just about one player — but everyone knows this is a unique player in this league. I couldn’t be more excited. Getting to know him, the guy is the real deal in every way.”

Now it’s Reich’s job to keep the Colts’ pulling in the same direction while the team continues to grow.

“What I’ve noticed is it’s two things,” Reich said. “It’s playing good football and establishing your identity. And then just building the core players. … I fully understand we are a 1-5 team, and we have to own that and get these mistakes corrected. But I really feel strongly about the chemistry of this team. And sometimes adversity can drive you apart or pull you together, and I really think it will pull us together.”