This weekend's live presentation of "The Hunchback of Notre Dame" in SUNY Buffalo's Rockwell Hall is not a typical college musical. Or Broadway musical. Or high school musical. Or typical anything.

"Hunchback" is the first production of a new arts group called Starring Buffalo, created by four Williamsville East graduates who want to build more connections between stages in Buffalo and on Broadway. They decided to "go big" right out of the gate, starting with a Disney musical in a 900-seat theater and featuring a cast of 100 or more, including a live orchestra and four local high school choruses.

"It's the right thing at the right time," explained Drew Fornarola, artistic director of Starring Buffalo. A composer and playwright now based in New York City, he said he and his business colleagues want to give Western New York audiences more exposure to outside theater talent while also connecting local performers -- student and professional -- to artists from outside the area. In other words, they all can network by putting on a show.

Work started in mid-September for the choruses from Starpoint, Tonawanda, Williamsville East and Buffalo Academy of Visual and Performing Arts, who arrive in their music classes carrying "Hunchback" scores to rehearse the complex choral works written especially for the show. The schools were selected by Michael Russo, from Williamsville East and Starring Buffalo, and each chorus will appear in one performance, with Starpoint and Tonawanda combining for the Saturday afternoon show. 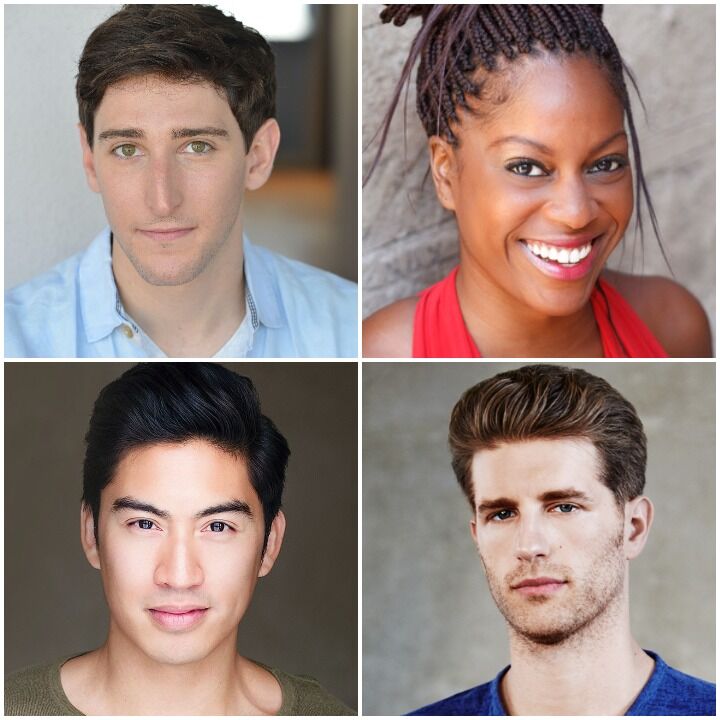 Eight local professionals will be joined by four New York City- and Los Angeles-based actors in key roles. Dan'yelle Williamson from "Rocky, The Musical" will sing Esmerelda, Jonah Platt, who was seen in the live for television "Jesus Christ Superstar," plays Phoebus and Devin Ilaw, who starred in “Les Miserables” will play Clopin. Actor and West Seneca West High School teacher Keith Ersing, who was seen locally in the Buffalo Philharmonic Orchestra's "Fiddler on the Roof," will also appear as Frollo.

Adding some off-off-Broadway authenticity, the producers had to find another Quasimodo when their first actor, Alex Wyse, was called up to play Ogie in the hit show "Waitress" in New York. Buffalo instead will see Ben Fankhauser, who had a major role in another New York (and Disney) hit, "Newsies."

"Hunchback,"on the other hand, is one Disney movie-turned-musical that never made it to Broadway, even though it has a solid pedigree with songs by Alan Menken ("Beauty and the Beast") and Stephen Schwartz ("Wicked").

Despite its detour around the Great White Way, "Hunchback" was perfect for Starring Buffalo's purposes, according to Laura Brodie, who works on the business side of of the company.

"It has great ensemble and choir parts, and really beautiful music," Brodie said. "The score and book were created to be presented in any kind of musical theater format."

That works well for the diverse cast that Starring Buffalo has assembled, since rehearsal time was at a premium. Some of the local professionals are coming fresh off runs in Curtain Up! shows, including several who appeared in Kavinoky Theatre's "Sweeney Todd." The high school groups generally only get to practice in class-length intervals, although some teachers, like Nicole Peet at Starpoint, are adding extra practice time in non-punitive after-school "detention."

"I feel like I've been pushing them since the first day," Peet said of her choral groups. "They are focused. They are working every second of every period."

They need to work hard now, she said, because they will have only one rehearsal with the full cast before the performance. However, the students will get to meet some of the cast members this week, when the out-of-town performers arrive to work at the schools in a master class setting. Fornarola already has been visiting the schools and offering suggestions,

That's a lot of pressure, although not quite as much as it could be. Brodie said the musical will be presented as something between a concert and a fully staged show. All the performers will be dressed in black -- no 19th century costumes -- and music stands will be rolled onstage for the performers, who will be in character.

"There will be a lot to watch. It will tell the full story," Brodie said.

The production is geared toward the audience at the same time Starring Buffalo hopes to boost the youngest members of the cast.

"We (the Starring Buffalo members) had a great music education. We want to help these kids see what it takes to get to that next level, what it takes to be on Broadway, and maybe smooth that path," Brodie said.

"The Hunchback of Notre Dame"