For more than a decade, Cecelie Owens has been quietly going about her business teaching girls across Buffalo about the game of basketball – and the game of life.

Now, her efforts are being recognized.

Owens, the principal at West Hertel Academy, was one of four women across the nation named an “Everyday Hero” by espnW during its annual Women+Sports Summit this month in Newport Beach, Calif., a three-day conference focused on creating change and opportunities for women in sports.

EspnW – the sports network's multi-platform brand dedicated to inspiring women  – partners with Toyota, which presented Owens with a $10,000 grant to continue empowering young females through her G.I.R.L.S. Sports Foundation.

As an educator, Owens, 56, knew that boys have a lot of issues going on in their lives, but she also was worried that girls were falling through the cracks. She was troubled by teen pregnancy rates. She noticed young ladies getting involved in gangs. She watched girls skipping school.

So Owens fell back on her own experiences growing up in Buffalo's housing projects, where she became a standout basketball player at South Park High School and future Hall of Famer at Buffalo State College.

“They needed an outlet,” Owens said of Buffalo’s girls. “Boys always seem to have an outlet. Every gym you go in in Buffalo, it’s packed with boys. But girls need to have that same outlet.”

In 2007, Owens and her sister, Carlette Bradley, started the foundation with a mission to prepare girls for life through participation in sports. She named it G.I.R.L.S. – which stands for Goals, Integrity, Respect, Leadership, Sports – and geared it toward females ages 4 to 18.

Ninety girls of various ages and skill levels showed up for that first basketball session at the Edward Saunders Community Center on Bailey Avenue and G.I.R.L.S. never looked back. 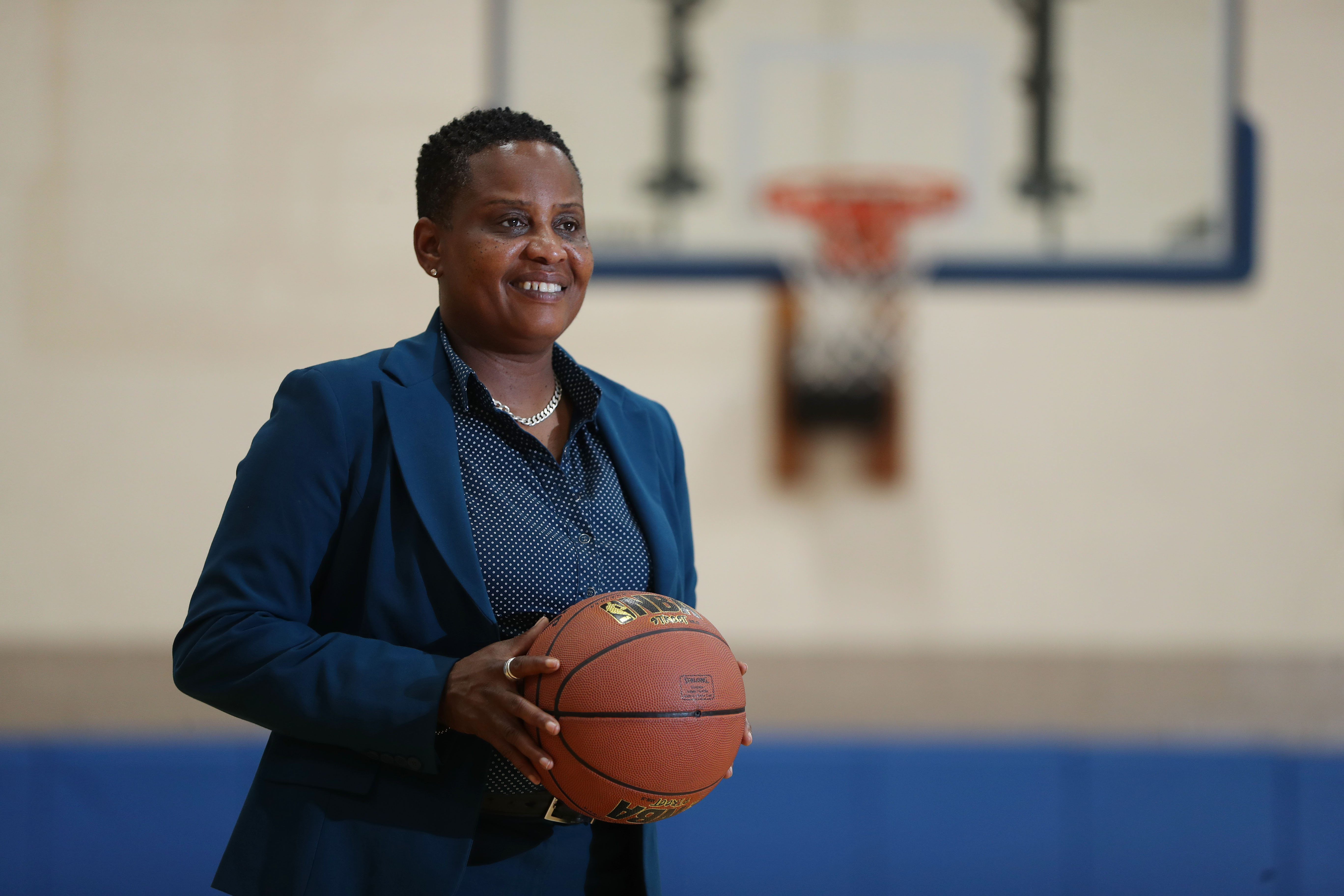 Cecelie Owens started her sports foundation to teach girls life skills and offer them the same kind of outlet that boys have long had access to.  “Those lessons we learn in sports help get you through the challenges you face along the way in life,” she says. (Sharon Cantillon/Buffalo News)

Over the years, the foundation has intertwined the two games – basketball and life – by providing thousands of girls from poor, underserved neighborhoods across the city an opportunity to learn the game through weekend clinics, summer leagues and field trips to WNBA games, while offering some much-needed mentoring and direction on life off the court.

“Those lessons we learn in sports,” Owens said, “help get you through the challenges you face along the way in life.”

The program is free to the participants, so there has never been a lot of money to go around. Owens would get a grant of a $1,000 or $2,000 from government officials, but a lot of the expense came out of her own pocket. She and the girls would raise money – washing cars, selling hot dogs – for trips to New York or Detroit to watch a WNBA game.

“I started with the G.I.R.L.S. Sports Foundation when I was a freshman in high school,” said Brittnee Perry, a G.I.R.L.S. alumna, who went on to play college basketball at Medaille and Buffalo State.

“Being with them, it motivated me,” said Perry, now 24, “It gave me the opportunity to play basketball in high school. I got to travel to WNBA games. It definitely allowed me to become a leader, and it definitely inspired me to want to follow my dreams as a woman.”

Perry now works in the health care field, but stayed connected to the foundation and volunteers for Owens, who can still be found on Sunday afternoons at Gloria J. Parks Community Center running basketball drills with her latest crop of girls.

It was ESPN that first reached out to Owens over the summer wanting to know more about her and the foundation. She communicated with a representative from ESPN over the course of a month, before the network said it would get back to her.

Last month, ESPN contacted Owens again to inform her she had been chosen for this year’s class of Toyota Everyday Heroes.

Owens and her niece, Dierra Jenkins, program coordinator for the foundation, were treated to an all-expense-paid trip to Newport Beach, where she stayed in a luxury resort and rubbed elbows with well-known female athletes and television personalities from ESPN.

As Owens walked onto the stage to receive her award, she felt re-energized to continue her work with girls in Buffalo, and maybe even branch out to new sports.

“I was bawling all the way up the stage,” Owens said. “I couldn’t believe it. Out of everyone across the nation, they chose G.I.R.L.S. Sports Foundation.”