Call it a case of good news, bad news for the bloater chub.

Scientists in two countries are working to bring back the once-familiar fish to Lake Ontario, and they hope to eventually release as many as a half-million of them a year into the lake.

But they're doing this just so other fish can eat them. That's the bloater chub's role in helping the lake's ecosystem.

Stocking fish successfully isn’t new. It’s been done with salmon and trout for years in Lake Ontario. But for the first time in Lake Ontario, environmental agencies have begun stocking a bait fish.

There are early signs of success, officials said. Trawling surveys in Lake Ontario are turning up more and more bloaters.

“The most important part of that is they are living,” said Steve LaPan, who heads the state Department of Environmental Conservation’s Great Lakes fisheries office.

The bloater chub is a deep-water lake fish often referred to as a cisco. The native fish was once plentiful in Lake Ontario but vanished about 50 years ago from over-fishing, invasive species and degraded habitat.

The binational effort started about seven years ago to return the bloater chub species to Lake Ontario through incremental stocking, and the aim is to have it self-sustaining within 25 years.

By late 2016, more than 339,000 young bloaters had been released into Lake Ontario by the United States and Canada.

The DEC worked with the federal Fish and Wildlife Service, U.S. Geological Survey, the Great Lakes Fishery Commission and the Ontario Ministry of Natural Resources and Forestry to bring back the bloater.

“There was a number of years of research to get this up and running,” LaPan said.

Why is restoring the bloater so important?

They are a key part of the natural food web in Lake Ontario. The bloater is a native species, and a forage fish for larger fish species, like lake trout and Atlantic salmon.

“If you have a healthy and diverse native fish community, it tends to be more stable and resilient,” LaPan said.

When the bloaters vanished, other fish species that relied on them for food also declined.

Lake trout, for instance, turned to the non-native alewife to feed on, biologists found.

That brought its own set of problems. Besides boom-and-bust cycles in alewife and smelt populations, biologists also discovered those prey fish contain a certain kind of enzyme – thiaminase – that destroys a vital nutrient for top predators like lake trout to successfully spawn and thrive.

“Bloaters do not contain this enzyme,” LaPan said. “They are high in thiamine and vitamin B.”

Invading alewife and rainbow smelt once out-competed the bloater in Lake Ontario, but now with the numbers of those prey fish down, scientists are hopeful a robust stocking program will boost the native bloater and help it seize the lake back from its non-native competitors. 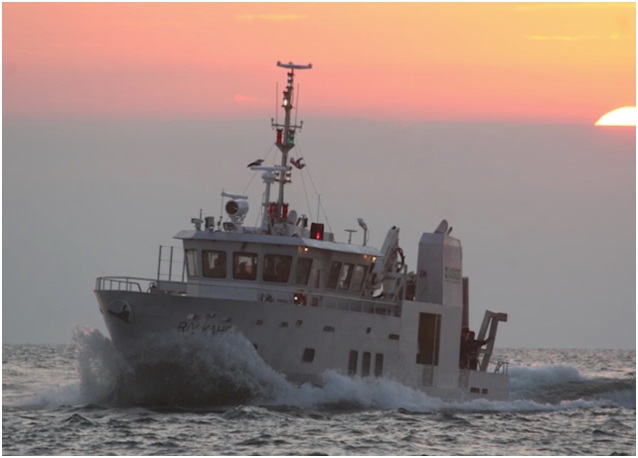 • Increase the diversity of prey fish in the lake.
• Build ecosystem resiliency to insulate it from invasive species.
• Bolster salmon and trout communities.
• Support a commercial fishery.

“The restoration effort would support rehabilitation efforts for lake trout and Atlantic salmon, thereby increasing recreational angling opportunities,” said Kevin Loftus, manager of the fish culture section of Ontario’s Ministry of Natural Resources and Forestry. “And reduce some of the negative, thiaminase-related impacts of alewife and smelt on existing top predators.”

In order to stock fish, you need fish to stock. But bloaters were hard to come by.

“They had been absent from Lake Ontario,” LaPan said.

So, the U.S. Fish and Wildlife Service biologists trawled Lake Michigan starting in 2011. Batches of fertilized bloaters’ eggs were divided between Ontario’s White Lake Fish Culture Station in Sharbot Lake, Ont., and the Geological Survey’s Tuniston Laboratory of Aquatic Sciences in Cortland to be raised.

“Initially, bloater were very difficult to culture,” Loftus said. “Bloater are roughly the size of mosquito larvae at hatch.”

Loftus added: “After several years of effort, we have now learned how to grow them to stocking size successfully.”

Since then, Canadian biologists also have found ways to develop and manage broodstocks that can be used to breed more wild bloaters around Lake Ontario without having to rely heavily on collections from Lake Michigan. 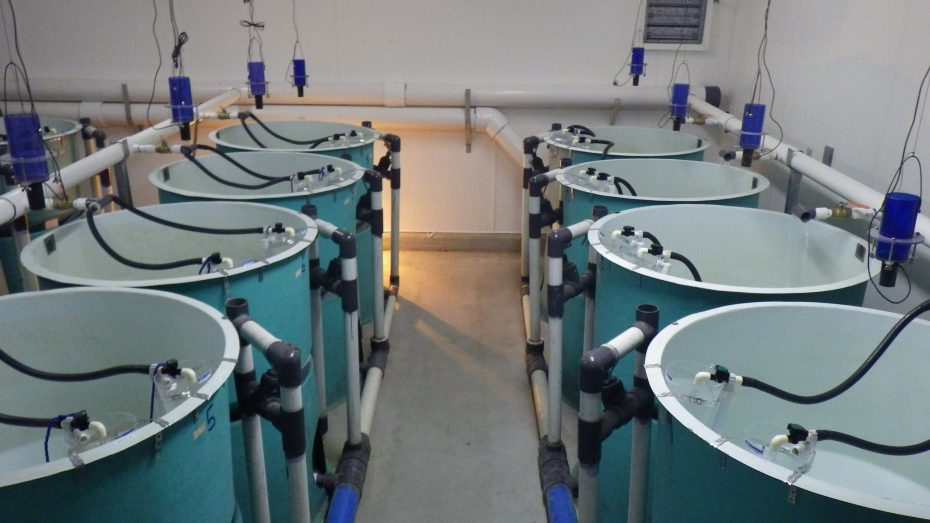 Tanks being used for the early rearing units for the bloater chub restoration from Ontario’s White Lake Fish Culture Station in Sharbot Lake, Ont. The fish in these tanks are newborns to 12 weeks old. (Photo courtesy Ontario Ministry of Natural Resources and Forestry)

Fish biologists on both sides of the border admit there’s a bit of learning on the job associated with this project.

“This is the first real program designed to stock a prey fish,” LaPan said. “We’ve never been in this game before.”

The program is being watched closely by other fisheries around the Great Lakes.

More bloaters are logged in trawl surveys and biologists are improving how to rear young bloaters in their hatcheries. But even with that momentum, challenges remain.

Loftus said finding suitable, high-quality diets to raise the young bloaters has been a major hurdle. So has determining proper densities and temperatures for the fish to grow in the hatchery.

Biologists are also studying the species’ spawning and habitat needs. Natural reproduction will require a certain number – a critical mass – in the lake within reasonable proximity to one another to spawn.

“There are a lot of unknowns in terms of what their actual spawning habitat is,” LaPan said.

As for now, they haven’t found any evidence that bloaters are naturally reproducing.

At some point, that will be critical for the species to regain its standing as a self-sustaining species in the lake.

“Eventually, we want to be able to stop stocking these fish,” LaPan said.