News looked different in 1880, as is clear from the first issue of The Buffalo Evening News.

The Evening News offered the following editor's note regarding the debut:

“We do not think it necessary to devote much space in introducing the Evening News to public notice, neither do we intend to indulge in extravagant promises. For the former is unnecessary and the latter is contrary to our conceived notions. The success that has attended the Sunday News is evidence that we know the wants of the people and are able to supply them. Time and again have we been urged by business men to publish a cheap daily, and as we have been assured of their support, we have no hesitancy in making this departure. The Evening News will be all that industry and well-directed efforts can make it, and to such a paper we are confident the public will extend bountiful patronage."

Among local news on the front page could be found these notices:

What's with that "Second Edition"?

The "Second Edition" was the first Buffalo Evening News ever published. The first edition never even made it to the press room. As shared in a 1980 edition celebrating The News' centennial:

“The first edition of The Buffalo Evening News didn’t sell a copy. In fact, it never made it to the press room. Due off the presses at 2 p.m. … the first edition wound up on the floor – a tangled mess of handset type.

“In his unpublished history of The News … Charles H. Armitage, onetime political writer and city editor, described what happened on that first day:

“ ‘Copy had been written and put in type and the type locked in the four little forms that were to convey the issue to a waiting public. And then, on the way to the press room, a decrepit elevator got out of control and the contents of those forms became a mass of pi.’ (Pi is a printer’s term for type that has been jumbled or thrown together at random.)

“Mr. Armitage added, ‘What comment was made on that occasion by Edward H. Butler, founder and until his death nearly 34 years later sole proprietor, is not on record.’ ”

The second edition, labeled “4 o’clock p.m.” the same day, was the first published issue of the Evening News.

Below are scans of the four-page paper. Click on an page to view a larger version. 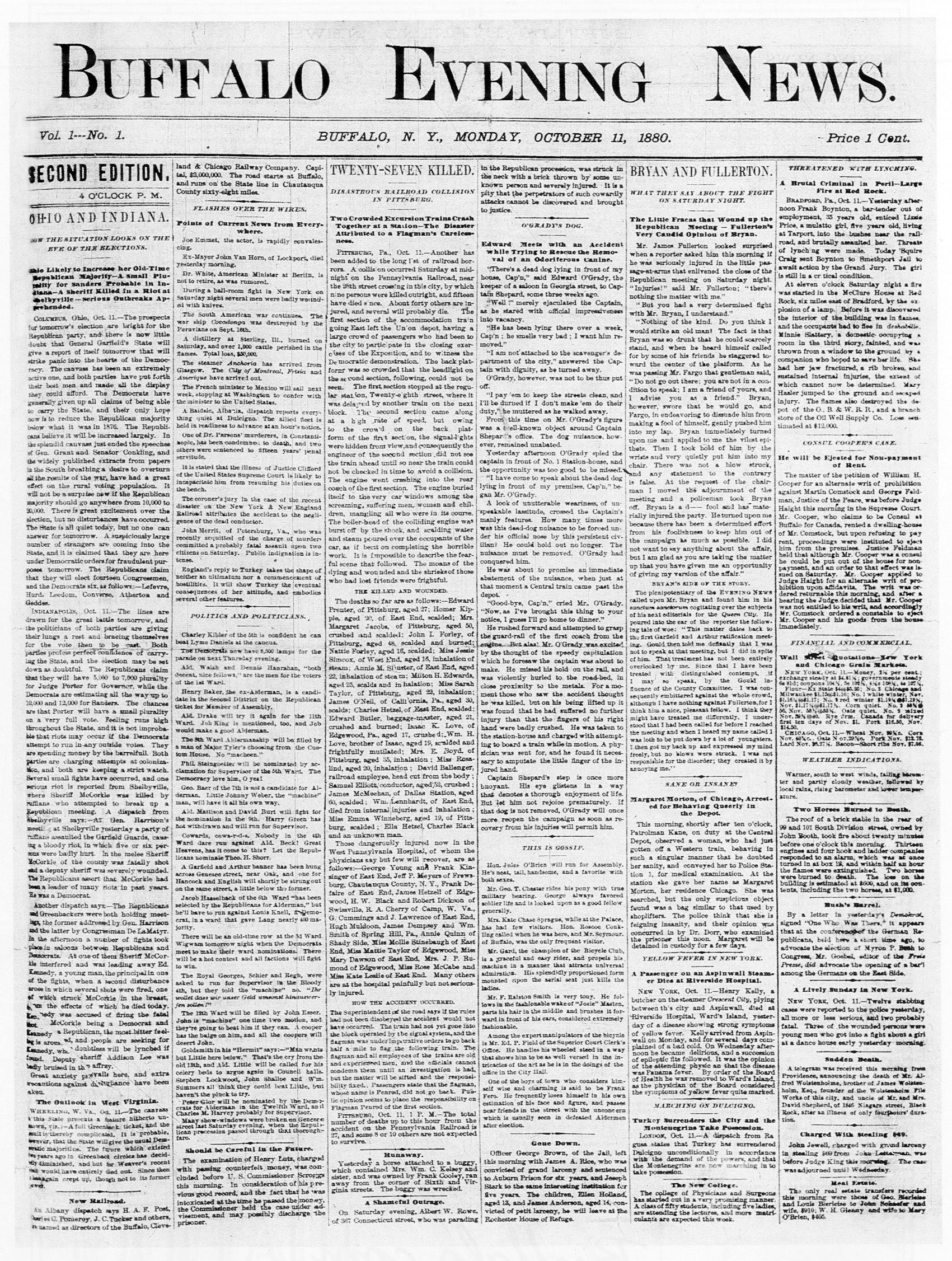 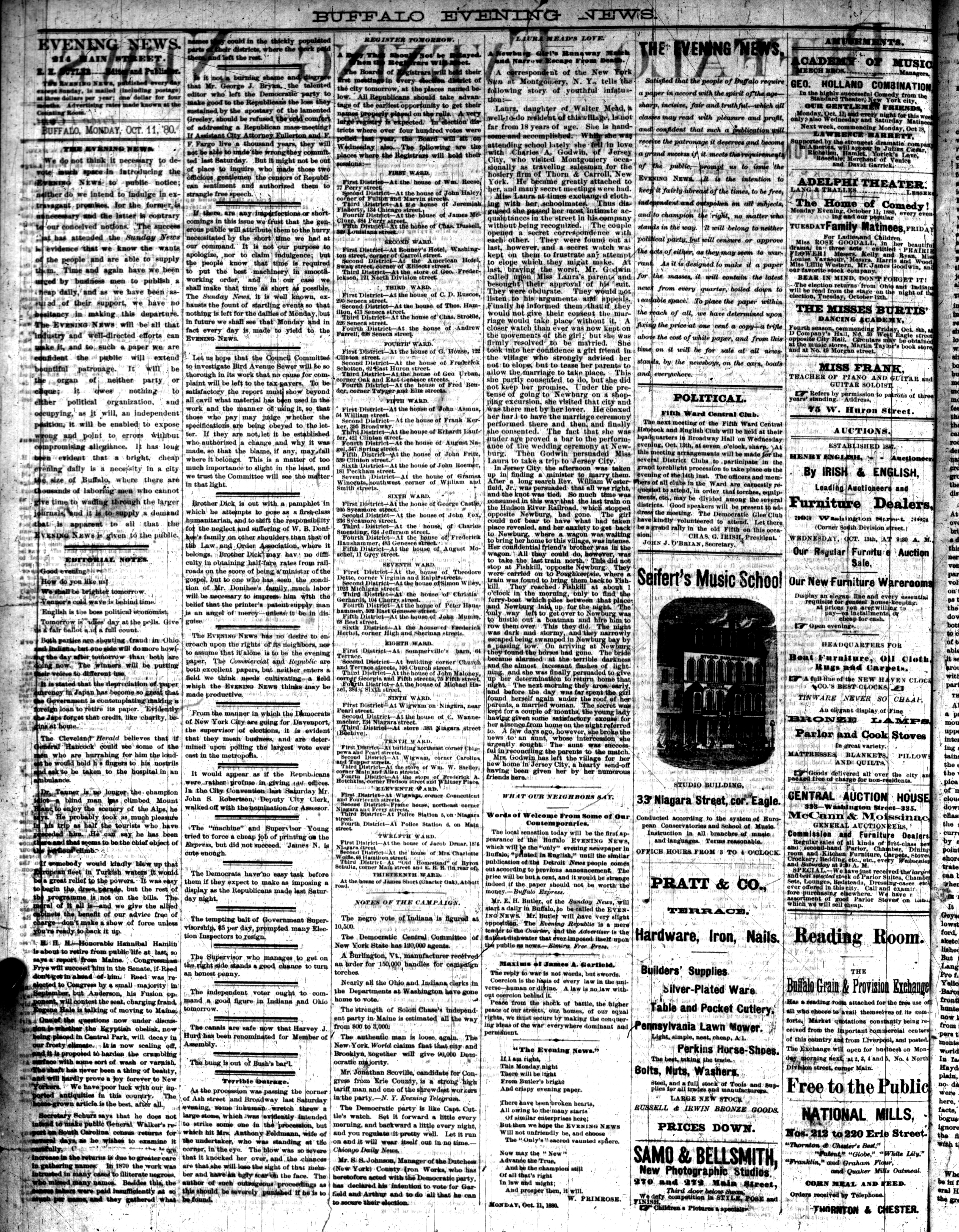 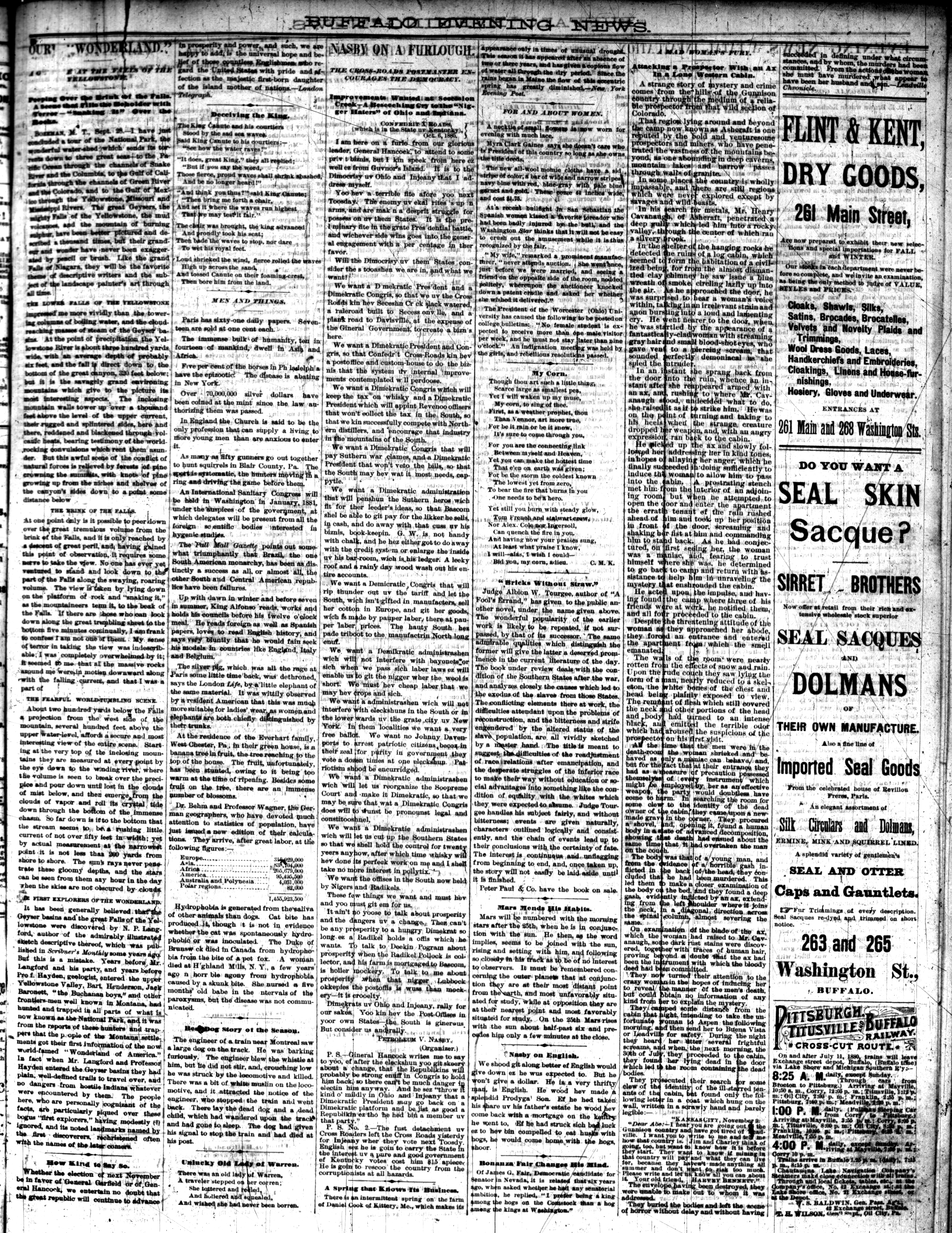 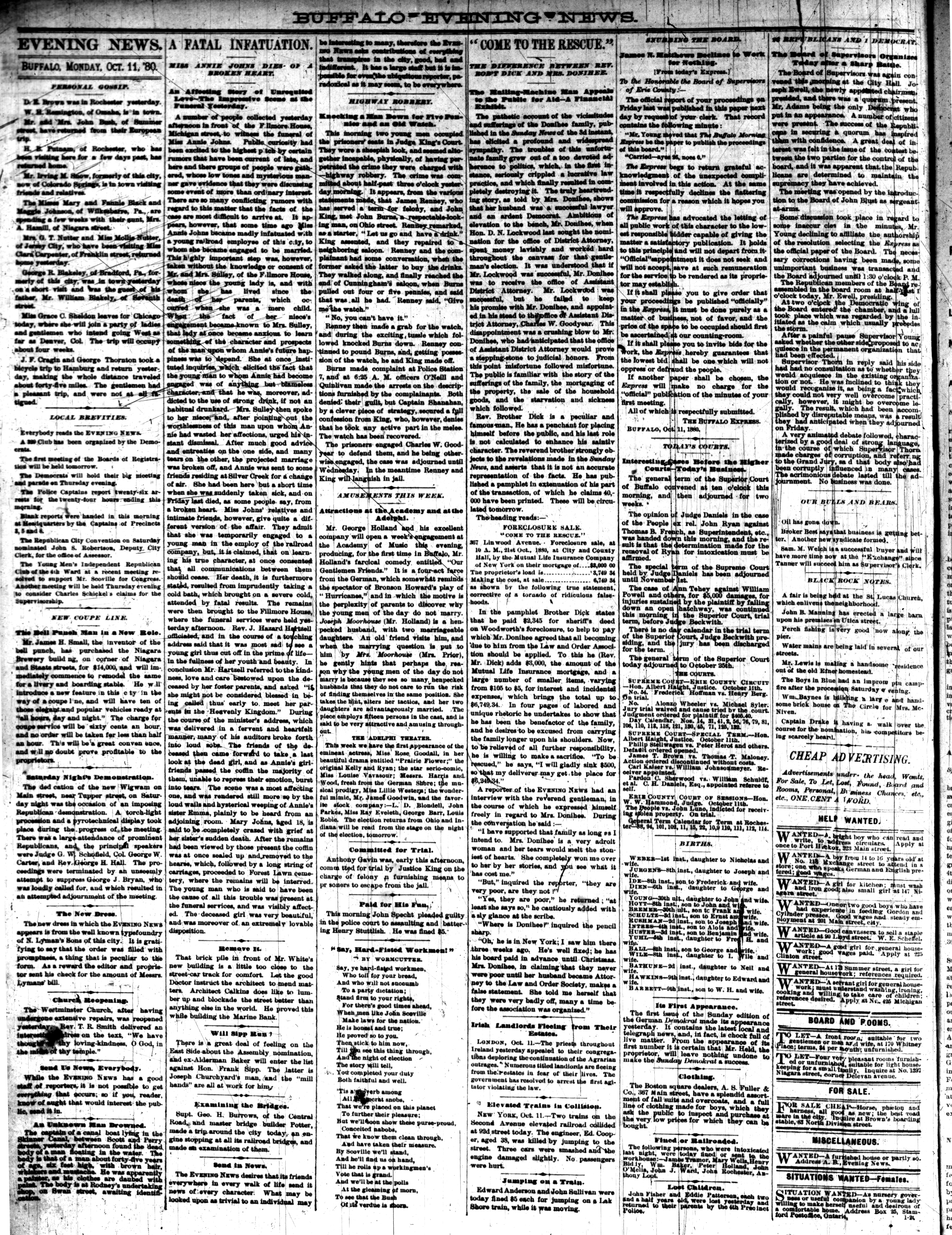