The most cost-effective seven days to dine at Buffalo restaurants has arrived for the final time in 2018, with Oct. 15-21 serving as fall Local Restaurant Week. More than 200 eateries will offer deals for lunch and/or dinner, with prices ranging from $20.18 to $50.18.

For help in narrowing down an intimidating list of options, here are 10 dishes to try.

1213 Ridge Road, Lackawanna.
Deal: Two sandwiches for $20.18 or one dinner for $30.18, includes entree and two selections from appetizer and bar menus. Dinner only.

Winfield's Pub remains a hidden gem in Lackawanna, churning out quality American cuisine since 2013. This deal lets diners cruise through a few of Cherryl and Tab Daulton's greatest hits.

Although the sandwich offer - a choice of two from Winfield's cheeseburger, crispy chicken sandwich, robust lamb burger and the veggie burger - entices, roll with the $30.18 deal and pick the traditional chicken pot pie, which is delightfully flaky, belly-warming and filling.

Balance the meal with barbecue pork belly burnt ends and one of Tab Daulton's classic Manhattans.

*Related: Reconnect, rekindle or refresh at Winfield's | Spotlight on their craft cocktails. 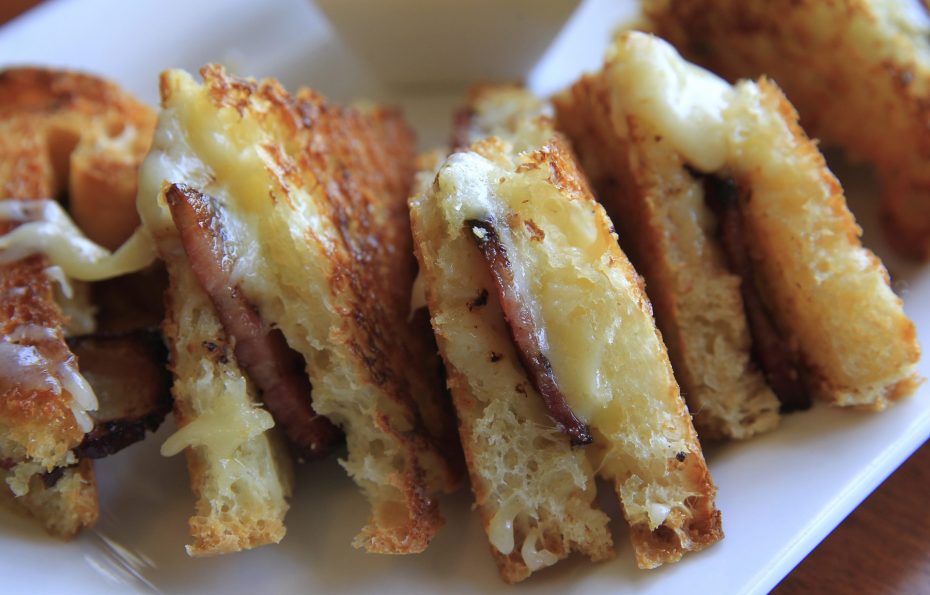 Grilled cheese bites with bacon from Winfield's Pub may be selected as an appetizer in the Local Restaurant Week deal. (Harry Scull Jr./News file photo)

900 William St.
Deal: Kebab platter for two, dinner for two, kebab and curry for two, tandoori pack for two or all-vegetarian for two; all are $20.18. Lunch and dinner.

As News food editor Andrew Galarneau noted in his review, Alibaba's tandoori chicken is marvelous; it's marinated in a mixture of yogurt, garlic and roughly 20 spices, then cooked in the tandoor and served over basmati rice, which absorbs the juices and spices for additionally pleasurable bites.

Add in the two-piece tandoor chicken leg quarters - a modest departure from the rice dish - and soft, chewy naan, and there will be an inevitable fight over the leftovers. 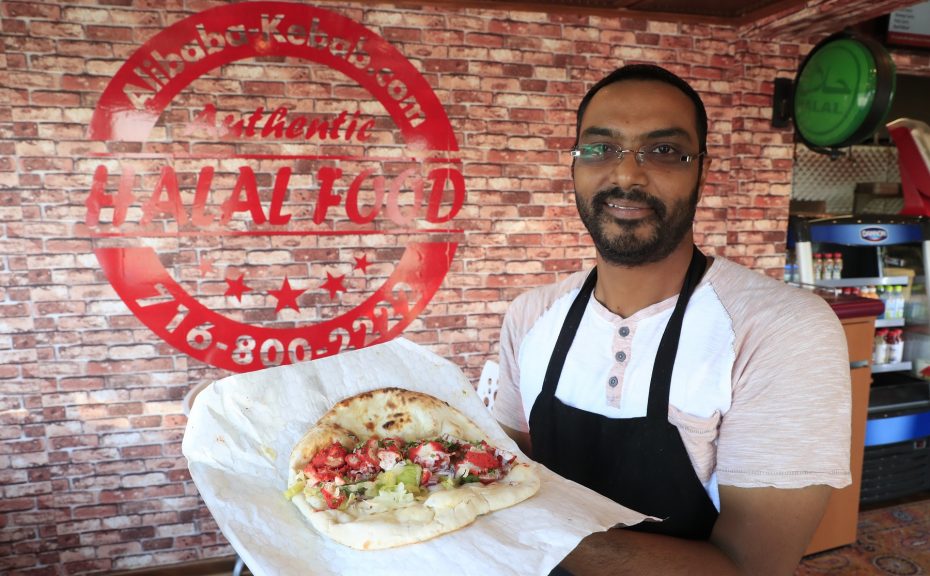 Opened in June, Prescott's Provisions has taken Tonawanda by storm with a clever, high-end menu a quick walk from the Erie Canal. Expect fresh, seasonal ingredients in the salad starter, then feast your eyes (and teeth) upon the glowing red of the grilled pork shoulder and belly, topped with barbecue lentils, kohlrabi, aji dulce (a sweet Caribbean pepper) and apple, part of the $30.18 deal.

Prescott's might not suit ravenous appetites, but this selection will please eaters who adore smartly prepared top cuts of pork, accompanied by an unusual blend of flavors and eye-catching presentation. 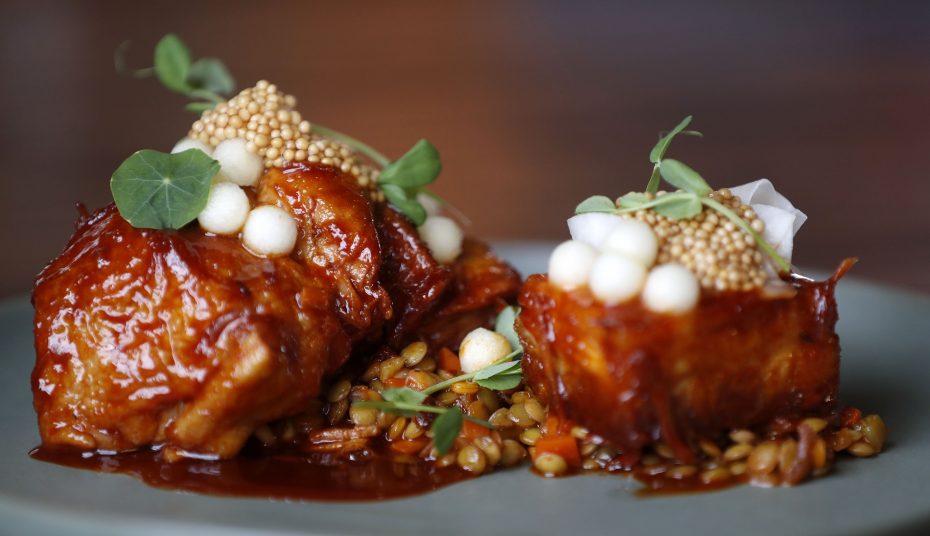 Lucky Day is more than just the stellar "pasta" (which is actually slightly spicy shells and cheese) that Tim and Morgan Stevens brought over from their other bar-restaurant, Ballyhoo. For vegans, Local Restaurant Week won't get much better than pumpkin gnocchi, part of the $30.18 offer that includes choice of soup or salad and a choice of dessert.

The Thrasher Burger is a luxurious beef-and-bacon blend patty topped with a house sauce and lettuce, tomato and onion. Usually a $5 snack on the bar menu, the Thrasher will be a 6-ounce treat on the $20.18 menu, with the same appetizer and dessert as the more pricey deal.

The chocolate panna cotta would be our choice for dessert, although we can sympathize with those who pick the pumpkin macarons. 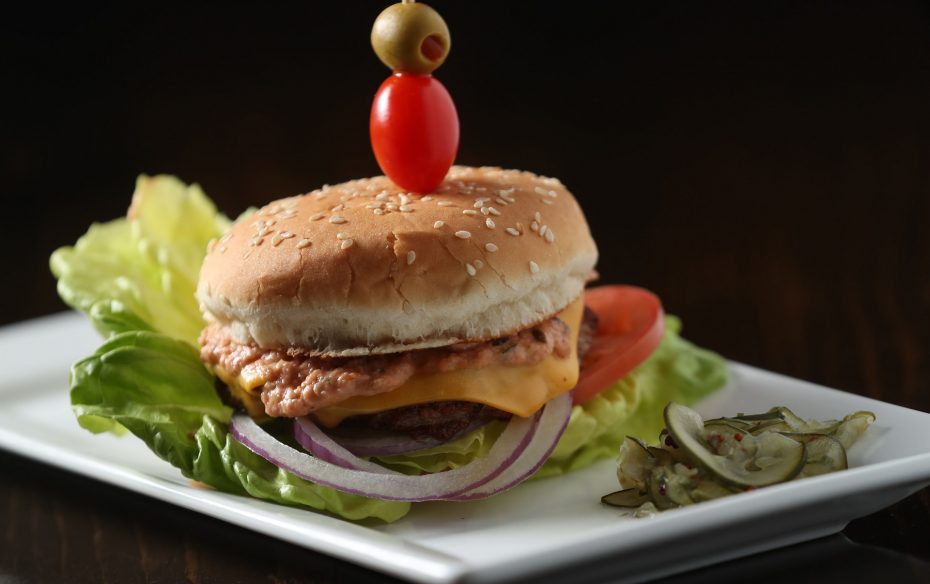 Lucky Day's Thrasher Burger is a 50-50 grind of top round and bacon, lettuce, tomato and onion and remoulade. It's part of the restaurant's Local Restaurant Week deal for $20.18. (Sharon Cantillon/News file photo)

Reborn after a fire destroyed the restaurant in 2015, Carmine's re-opened a short distance north last October. Select a restaurant specialty - the crab cake-stuffed shrimp, served with linguine alfredo - thanks to ingenuity of Chef Tim Wicher. You won't find this at many classic Italian joints.

Make friends with a different seafood in the appetizer - say, calamari - and ride the wave to a satisfying dinner.

First #TasteofBuffalo judging stop: Carmine's, whose restaurant burned down 3 years ago during the event, is back. Highlight for me was crab cake stuffed shrimp, a tidy bite. Others loved fusilli with pistachio pesto. Be warned: Buffalo chicken-stuffed mushroom is hard to eat. pic.twitter.com/Z3kE9yx4K1

For the adventurous, try the White House pub salad (bibb lettuce, avocado toast, goat cheese-stuffed tomato and passion fruit vinaigrette) for the appetizer, then house-made Southwestern meatloaf (with white cheddar, chipotle gravy, whipped potatoes and succotash) and close with pumpkin streusel crunch, because sometimes it's OK to be basic.

Wrap up with a light strawberry whip cupcake, a sweet departure from the two meaty rounds. 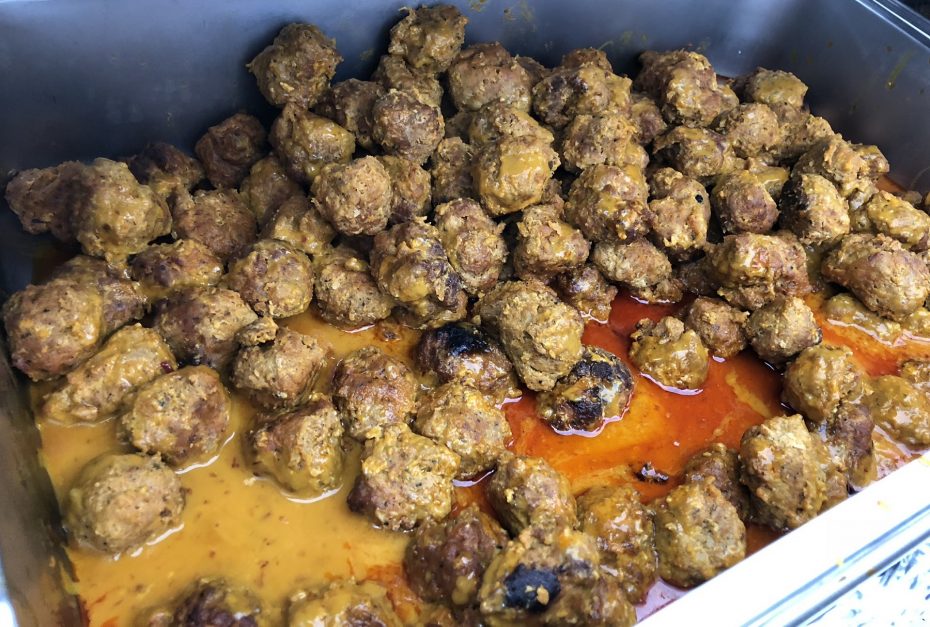 This Little Pig's Carolina-style meatballs stay warm at the 2018 Meatball Street Brawl outside Osteria 166. There are not this many in an order for LRW. (Ben Tsujimoto/News file photo)

Local Grille at the Dome

Heads up, vegetarians; a delectable three-course meal at this unexpected spot could be worth the trip. Consider the roasted red pepper bisque with a goat-cheese fritter for the appetizer, poblano relleno (quinoa and corn stuffing, queso fresco and red pepper mole) for the entree and then the triple-chocolate brownie for dessert. Who needs meat?

Though there's not exactly an entree in Fuji Grill's deal, all four courses are appealing. Choose from miso soup or a garden salad, then move to one of five appetizers - we would pick gyoza, pan-fried chicken dumplings and then hit the star of the show, a specialty sushi roll.

Should you choose the Dancing Lobster roll? What about the Out of Control roll? We would settle on the Angry Dragon, with an inside of spicy tuna, mango and shrimp tempura, then an outside of spicy snow crab with roda sauce. Punctuate the meal with red bean mochi ice cream - a gelatinous Japanese rice shell that cradles ice cream.

The crafters of decadent desserts at Sweet Life have a nice lineup, but the best value is to choose two of the French crepes or Belgian waffles with ice cream,  usually $13 or $14, respectively. Choose the Bond Cinna Apple Bond, with Sweet Life's handcrafted vanilla ice cream, oven-baked apple crisp, cinnamon streusel and caramel sauce on a crepe.

Second choice would be the Sons of Strawberry, with house strawberry ice cream, strawberries, Belgian white chocolate buttons and strawberry coulis (a puree), on a waffle. Dessert, too, has a place in Restaurant Week. 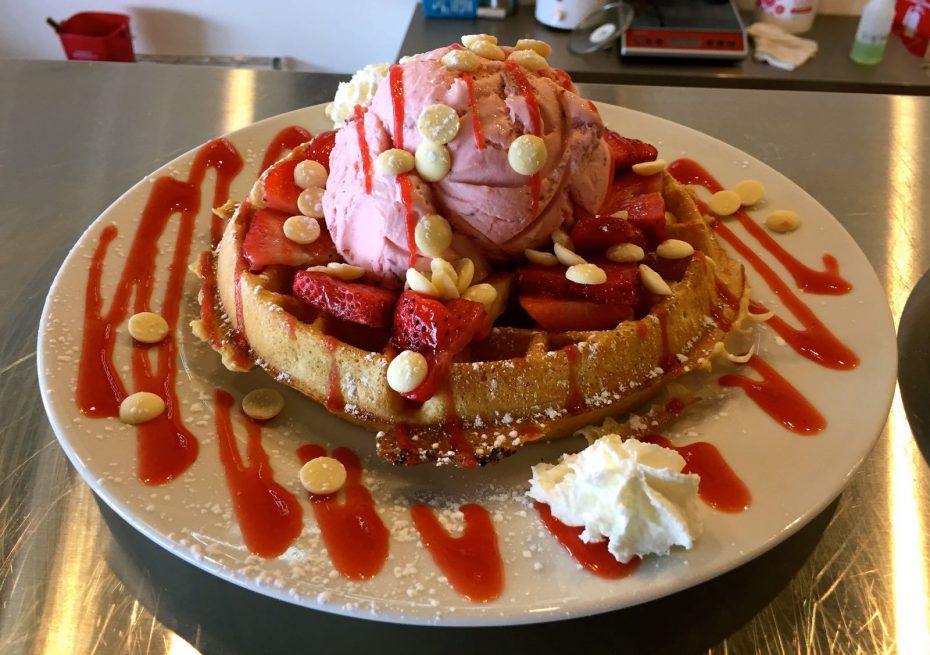 Sons of Strawberry packs a lot of berry goodness onto a waffle at Sweet Life Dessert Experience.(Lauren Newkirk Maynard/Special to the News)