Benny the Butcher lurked in the shadows of Westside Gunn and Conway, the marquee names on Griselda Records, whose affiliation with Eminem's Shady Records caused a stir in Buffalo music last winter.

But Benny, a Griselda artist, has grown his own profile exponentially, with a headlining gig at Buffalo's Beau Fleuve Music and Arts Festival this past summer and now a joint effort with Ghostface Killah, a founding member of legendary hip-hop collective Wu Tang Clan, in his album "The Lost Tapes," released Oct. 5.

Watch Ghostface Killah's video, below, for "Buckingham Palace," and keep an eye out for Benny the Butcher, with the white Gucci headband and thick mutton chops. Be warned that the language and content of the video, below, may not be suitable for all audiences or safe for work.

In late September, Conway and Westside Gunn worked with Alchemist, a producer-rapper also signed to Shady Records, on "94' Ghost [expletive]," which was listed on Pitchfork's five best new rap songs.

The track, which also is not appropriate for all audiences, hearkens back to some of Ghostface Killah's earliest work with Wu Tang Clan. 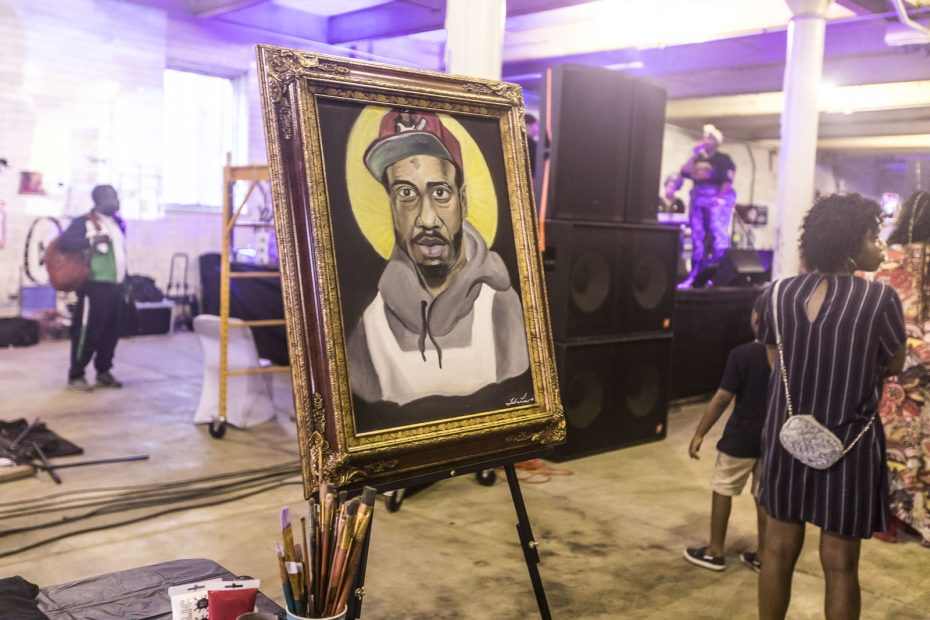 An artistic representation of Benny the Butcher at Beau Fleuve Music and Arts Festival, in 2018. (Chuck Alaimo/Special to The News)