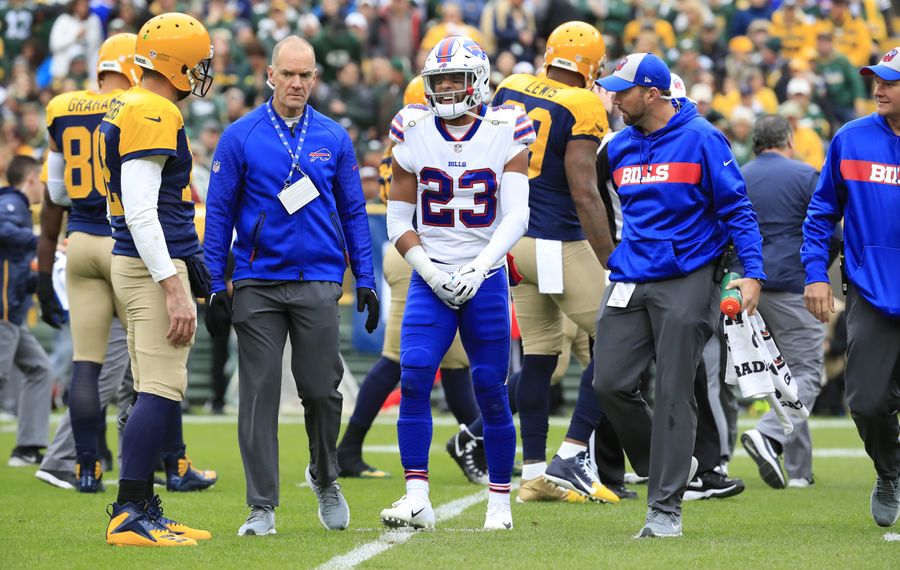 The Buffalo Bills are down a pair of safeties Sunday against the Tennessee Titans.

Starter Micah Hyde (groin) and top backup Rafael Bush (shoulder) were both made inactive about 90 minutes before kickoff. Both players were listed as questionable, but did not practice all week. Rookie Siran Neal figures to start in Hyde's absence, although the Bills' game-day roster does not list a projected starter. Dean Marlowe was promoted from the practice squad and will be the third safety.

There was one surprise inactive for the Bills – running back Marcus Murphy. He missed Week 4 because of a rib injury, but practiced fully all week and was not on the injury report heading into Sunday, which means it's a coaching decision.

Also inactive for the Bills are cornerback Dontae Johnson and offensive linemen Ike Boettger, Conor McDermott and Wyatt Teller. Recent addition Jeremiah Sirles will be the swing tackle, replacing McDermott in that role.