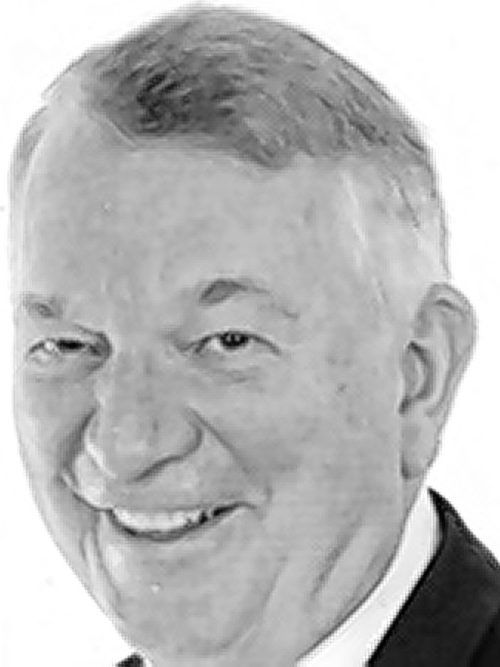 James G. Christmann had a distinguished life as an intellectual and an academic. An art teacher and high school principal, as superintendent of schools, he turned around a troubled district in Central New York.

But he also kept Mardi Gras beads to delight kindergartners; learned magic so he could amaze his grandchildren; loved finding odd gadgets and thoughtful gifts; and freely offered encouragement and assistance.

Mr. Christmann was also a painter, gardener, film and history buff and a skilled handyman, constantly working on his own home and helping out neighbors, friends and family.

A night owl, he was tackling a leaky shower in his Wheatfield home at 1 a.m. Sunday when he suffered a heart attack, his family said. He was 70.

"He was very well-rounded," said Mr. Christmann's daughter, Ann Marie Dugan. "He was a perfectionist and an extremely hard worker. I always looked at him as such a strong person, who could fix or do anything."

Mr. Christmann was born on Feb. 11, 1948, in the Town of Tonawanda, the middle child of Dorothy Castine Christmann and Edwin Christmann. His father was a teacher in Niagara Falls and his mother was cafeteria manager at Herbert Hoover Middle School.

He was a member of the Class of 1966 of Cardinal O'Hara High School; he and his future wife, Donna Rogers, were prom king and queen.

Mr. Christmann served in the Army National Guard as a military police officer. A sharpshooter, rifle and pistol expert, he was honorably discharged with the rank of Specialist 4 and a New York Aid to Civil Authority medal.

Mr. Christmann graduated from Buffalo State College in 1970 with a bachelor's degree in art education and in 1973 with a master's degree in education. After study at the University at Buffalo, he received a second master's degree as a Specialist in Education Administration in 1985.

On Dec. 26, 1970, he married Donna Rogers in St. Amelia Church in Tonawanda. Besides Ann Marie, they became the parents of a son, Daniel. 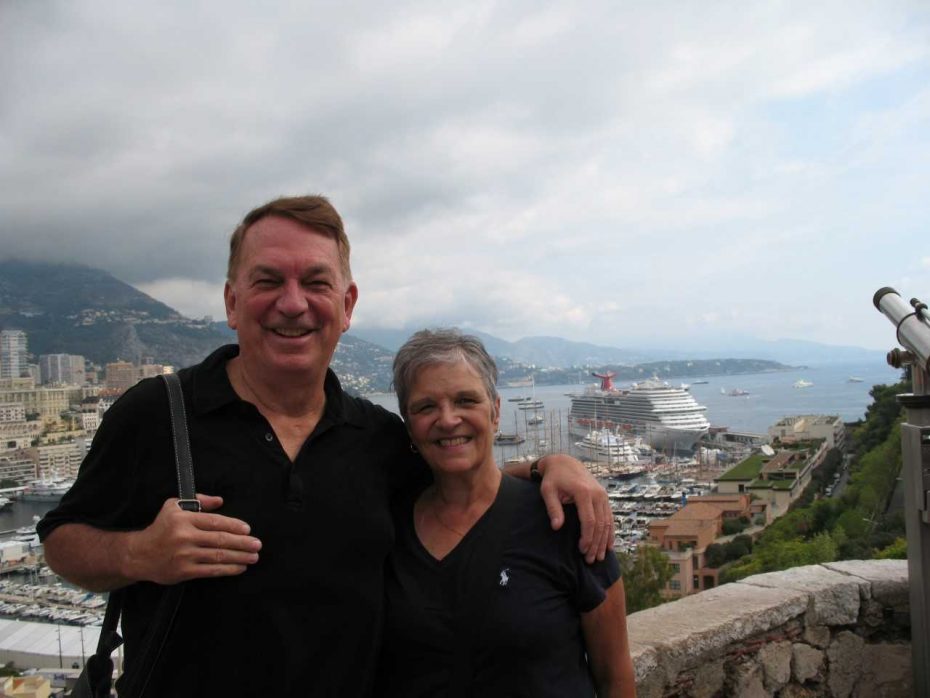 James and Donna Christmann in Monaco in 2012.

Mr. Christmann taught art at Bennett High School for 14 years and became an advocate of international study and technology in schools.

At the time, Buffalo Schools Superintendent Eugene T. Reville was delighted at Mr. Christmann's selection. "Mr. Christmann is very capable and very able, and when he comes back from this trip, he will have a richer background to communicate to the students," said Reville.

He then became principal at Cheektowaga Central High School, the Royalton-Hartland School District's Junior-Senior High School, then the high school in the Pioneer Central District in Cattaraugus County.

From 1997 to 2009, he was Superintendent of Schools in the Owen D. Young School District in Herkimer County. In an interview for the newsletter of Phi Delta Kappa, an educators' organization of which he was a longtime member, Mr. Christmann said he was proudest that under his guidance the district went from "School in Need of Improvement" to being ranked as one of America's Best High Schools by U.S. News & World Report.

He was past president and current vice president of programs for Phi Delta Kappa, which gave him the Gerald Howard Read Scholarship to International Scholarship to Russia award. In 1994, he and 22 other members of Phi Delta Kappa traveled to Moscow to present a study of math education in 10 Russian and 10 American schools at the Russian Academy of Education's summit.

Mr. Christmann was an art collector and accomplished artist whose oil paintings were exhibited in the Albright-Knox. He also enjoyed photography,  making stained glass pieces, gardening, history and film.

The Christmanns traveled the world, often with family and friends, taking cruises at least twice a year. The exchange students they hosted in their home became lifelong friends.

Mr. Christmann was a father figure to his daughter's two sons, who lost their father, Kenmore-West teacher Brian Dugan, when he was struck by a car while jogging in 2011.

His family said that Mr. Christmann was constantly busy, "full of life and always joking."

Besides his daughter, Mr. Christmann is survived by his wife of 47 years, Donna (Rogers) Christmann; his mother, Dorothy Christmann; a son, Daniel; four grandchildren; a brother, Edwin; a sister, Maureen Casciano; and several nieces and nephews.

Prayers will be offered at 10:45 a.m. Thursday in the Tonawanda Chapel  of the Amigone Funeral Home, 2600 Sheridan Drive, followed by a Mass of Christian Burial at 11:30 a.m. in St. Amelia Catholic Church, 2999 Eggert Road, Tonawanda.