Seattle has turned part of a city park into a “food forest,” where visitors can pluck fruits and vegetables for free.

“These are places trying to create a different way of thinking about the kind of future they can build when they start from the grassroots,” said Sarah van Gelder, who founded Yes! Magazine in 1996 and last year published, “The Revolution Where You Live.”

Van Gelder, a New Paltz native who lives in suburban Seattle, will help lead the 15th annual World on Your Plate conference this weekend at Daemen College in Amherst. The conference, open to all, will feature presenters who aim to help build healthier food chains that are more thoughtful, sustainable and accessible.

Van Gelder will lead a panel discussion to open the conference on Friday evening. Daylong events on Saturday include workshops on healthy nutrition, plant-based eating, creating a healthier regional food system, climate change and more. A vegetarian lunch also will be served. Jacqui Patterson, director of the NAACP Environmental and Climate Justice Program, will speak Saturday morning. Vendors, music and a seed exchange also will be part of the day.

The conference takes place in the Wick Student Center, 4380 Main St. The cost in advance is $10 for Friday; $30 for both days or Saturday, including meals. It will cost $5 more at the door. Students with an ID who preregister are free. Register and learn more at worldonyourplate.org.

Q: What was the idea behind the book?

A: I took a 12,000-mile trip in a tiny camper. I left from Seattle in 2015, before the election build-up. It was not focused on the Red State, Blue State question. It was really focused on, what are people's lives like? How are they experiencing things like poverty and inequality? How are local communities taking on some of the big challenges like that and like racial divides and the climate crisis and environmental crisis?

I was really curious to see if there were solutions coming out of areas that generally don't get a lot of news coverage … and other folks hadn't been capturing. I really found a lot of great solutions.

Q: You speak publicly about the climate crisis, community resilience and revitalization, and local power. What caught your eye about appearing at World on Your Plate? 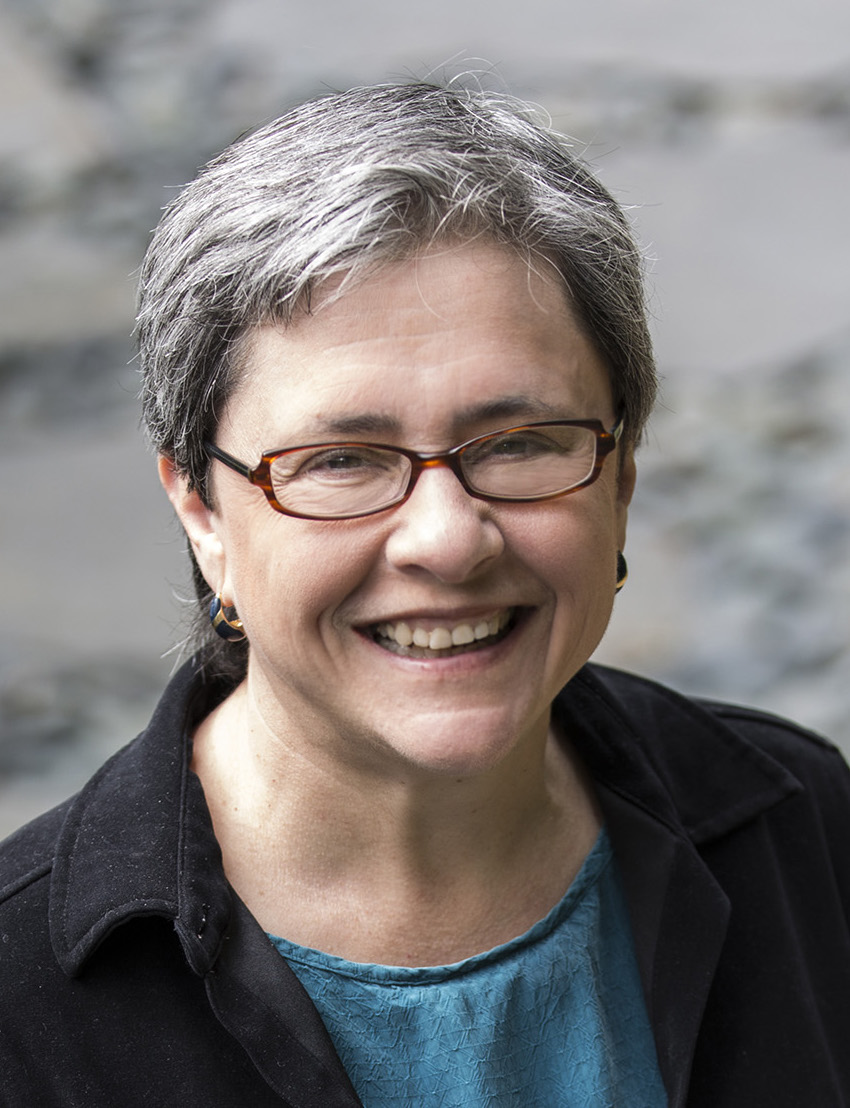 "When small farmers, who are more likely to use sustainable practices, are supported, there can be a return to the land where farmers and ranchers and dairy herders can once again have a livelihood," says Sarah van Gelder, who will play a major role Oct. 5 and 6 at the World on Your Plate Conference in Amherst. (provided photo)

A: Several things. I think food is absolutely essential to the kind of transition we're going through, and we need to go through. It is central to everything, from our health — think about how many of our diseases are a result of food availability, choices and processes — all the way up to how agriculture contributes to the climate crisis. Likewise, if done well, it could contribute to solutions.

Also, breaking bread together is how we form relationships in terms of community. It's how we connect to the land. For many people, how we grow our own gardens creates a huge sense of connection to the natural processes that make life possible, so in all respects food is so central to who we are and how we experience life. When done well, it's the source of enormous health and when done poorly, it's a source of enormous disease.

I've also been wanting to come to Buffalo because I have been hearing stories about the extraordinary things going on and I've not yet had the chance to witness them.

Q: What are some of the key points you look to make during your workshop talk on Saturday afternoon?

A: The role of food in the world. The power we have when we center our work locally. I think a lot of people right now are feeling frustrated and powerless. We're caught up in the partisan political debate, and yet when people start getting involved locally, they discover how much power they really have. That's the basis of peopleshub.org (an online effort van Gelder launched in April to help train others how to impact local communities).

We really do need big change in our country but it's not going to come top-down from people in Washington, D.C. or large corporations. A change that goes deep enough has to be grounded where we live, and if we learn the skills to do that well, we can really make things much better for people on the planet.

Q: What do you wish more people understood about the U.S. food system?

A: The dominant force is profit. It's being oriented around how to extract as much money as possible from farmers, who in many cases are going out business and have some of the highest suicide rates; from people who work in the food industry and are some of the worst-paid, most-exploited employees; all the way to consumers who get food that's treated and deprived of nutrients and is literally making us sick.

There was just a report out about how much glyphocate — the main ingredient in Roundup — is being found in the foods that we eat, including the foods we think of as very healthy, like oatmeal. So the use of chemicals and destructive practices is really a lose-lose proposition. It's causing damage to our major waterways, including a dead zone in the Gulf of Mexico being caused by the overuse of fertilizers that wash down the Mississippi River and deplete the oxygen supply in the water.

The only good thing about it is the opportunity. When you shift it, so many people can win. When small farmers, who are more likely to use sustainable practices, are supported, there can be a return to the land where farmers and ranchers and dairy herders can once again have a livelihood. There's that sense of community that comes in again if we switch that equation around.

Q: As the resident of a booming region, with a lot of big companies, what steps can everyone in Western New York make to further boost the revitalization of our region in a meaningful way?

A: Shop local. That's a good place to start. Anytime you prefer a local producer, local food, even local entertainment — the choice between going and hearing a local band versus going to a Hollywood movie — think about seeing the local band, supporting them. If you think of the local economy as a bucket, every time you do that, every time we spend money going outside the area, there's a leak in the bucket, but when we keep it circulating inside, that money keeps circling around.

I don't know if you've seen all the tents underneath our overpasses, but Seattle has a huge number of homeless people. It's quite striking. ... What I heard recently that shocked me is that 40 percent of them are working. One of the outcomes of a booming region is that homes become unaffordable, especially if the minimum wage doesn't keep pace with the increasing cost of housing. We did get an increase of the minimum wage to $15 an hour when, phased in, will be helpful.

Prosperity that's real and sustainable … happens when you build on the people, their aspirations and the resources you have where you live. The traditional economic development strategy — which is to see if you can get Amazon to locate their second headquarters in your city — is a really flawed one.  It's got lots of issues, including how much cities and counties are willing to subsidize those outside corporations, who may or may not stay … when another city offers them a better deal.

When you do what Cleveland did, or what Cincinnati is doing, or Detroit, you're building on people who are already there, who already have a commitment to the community … and have that long-term sense of their well-being, as well as the well-being of their neighbors and their families. When you build an economic development strategy based on that, you're also taking into account the well-being of the natural environment and of the whole community because all of those things are intertwined, whereas a corporation that comes in for a few years, or longer, may or may not have that well-being in mind.