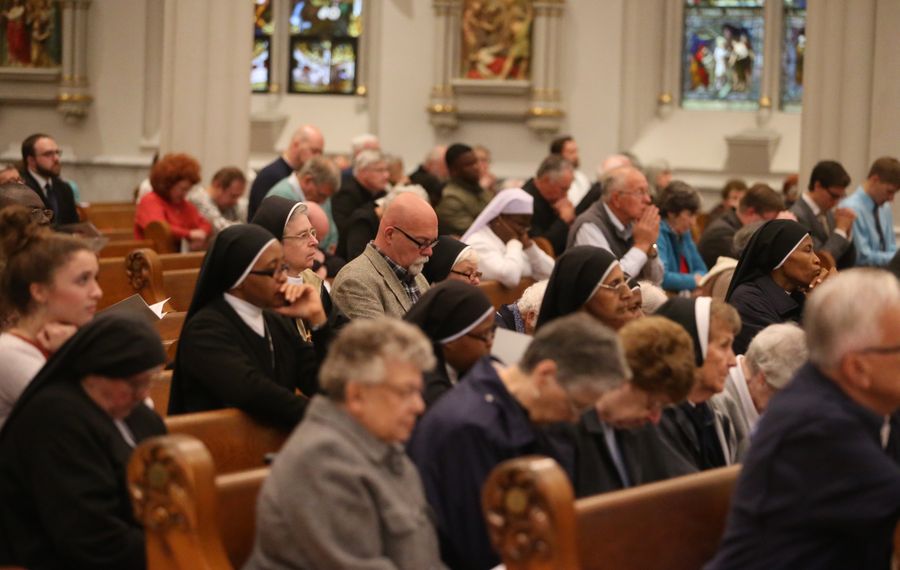 Catholics from around the Buffalo area came together Sunday to pray for the victims of sexual abuse by Catholic clergy.

A few hundred spent Sunday afternoon at St. Joseph Cathedral on Franklin Street for an “hour of prayer for reparation and healing.”

“The only thing that’s going to bring about reparation is love and prayer,” said Christie Thein, 43, of Williamsville, one of those in attendance. “That may sound Pollyanna-ish or goofy to some, but that’s what the Bible says.”

The hour began at 3 p.m. and was led by Bishop Richard J. Malone, who said the focus of the day’s prayers and apologies were for the victims, whose hurt and scars could never be taken away.

Malone spoke for a little more than 13 minutes and once again asked for forgiveness for his own failures in handling the abuse. He spoke to those in attendance about holding him and others in church leadership accountable, as the diocese makes changes moving forward. He asked to “maybe, maybe find it in your heart to trust me.”

At 3:30, the cathedral grew silent for about 15 minutes as the congregants knelt together and prayed.

Mrene Corra, of Clarence, came Sunday not only to pray for the victims, but to hear for herself the bishop apologize.

“I think that was accomplished today,” said Corra, 49. “It was a great start to bringing healing to our church.”

Corra walked away satisfied that the bishop has learned from his mistakes and will be able to continue to lead the diocese.

“He asked for forgiveness. He apologized. I don’t know there’s more we could ask of him,” she said. “It’s time to ask ourselves the question: ‘Where do we go from here?’ ” 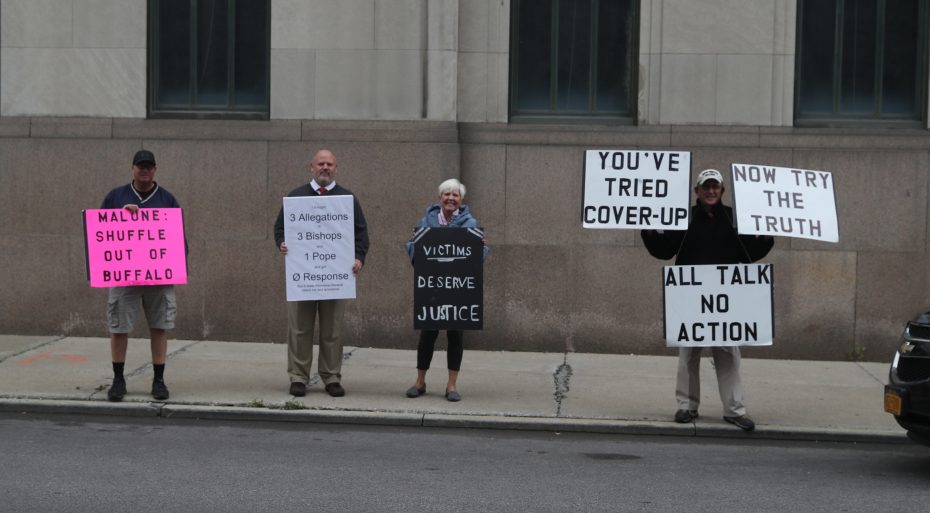 Outside, though, about a half dozen protesters continued to call for Malone’s resignation, including James Faluszczak, a former priest who now advocates on behalf of victims of clergy abuse.

The good Catholics who showed up Sunday are trying to show their support to the victims, Faluszczak said.

“I truly am grateful for them,” he said.

But the protesters want to see more from leaders in the diocese.

“I want to see real accountability, real transparency and a difference in action,” Faluszczak said.