Nobody did it better than G. Steven Pigeon.

When politicians around the state sought an independent committee to spend unlimited amounts of money, they turned to the Buffalo operative who knew all the tricks. And as a result, the former Erie County Democratic chairman became an institution in New York politics.

Pigeon carved out his specialty niche by going to the money. He often attached himself to wealthy people like former Buffalo Sabres owner B. Thomas Golisano, encouraged their donations, and then set up his independent committees — all legal unless working in collusion with candidates.

And for years, the former Erie County Democratic chairman thrived, even as Democrats and Republicans alike accused him of twisting the law. But nobody ever questioned him — no district attorney, no previous attorney general, no U.S. attorney, no Moreland Commission.

But on Friday Pigeon pleaded guilty in State Supreme Court to a felony bribery charge, all stemming from his 2013 fundraising that marked the beginning of the end. It began when his WNY Progressive Caucus dumped about $267,000 into obscure County Legislature contests as well as the race for sheriff, receiving major contributions from political allies like State Sen. Timothy M. Kennedy, D-Buffalo, who gave $85,000.

During the campaign season of 2013, current Democratic Chairman Jeremy J. Zellner raised questions about Progressive Caucus spending habits that he said violated the law by coordinating the independent committee with the campaigns of individual candidates.

“It’s the way Steve Pigeon spent his whole career,” Zellner said, “trying to play on the edge of the rules.”

By late fall in 2013, complaints filed with the Erie County Board of Elections started a chain through the State Board of Elections, the state attorney general, the State Police Bureau of Criminal Investigation, and finally State Supreme Court, where Pigeon admitted on Friday he had bribed a state judge. He now faces up to a year in jail, has surrendered his law license and is branded a felon.

Pigeon always labeled the case brought by former Attorney General Eric T. Schneiderman a “political witch hunt” stemming from their rivalries in the Senate — Schneiderman as a senator from Manhattan’s Upper West Side and Pigeon as a staffer who played a key role in the 2009 leadership coup.

But Schneiderman and his successor — Barbara D. Underwood — can now claim the distinction of convicting Pigeon after years of official complaints and just as many years of fellow prosecutors looking the other way.

“This office has not hesitated to take on corruption and hold officials accountable, no matter their party or power,” Underwood spokeswoman Amy Spitalnick said Saturday. “In fact, in recent years we’ve undertaken more public corruption cases than ever before. But we also know that we can’t prosecute our way out of this problem, and we continue to urge comprehensive ethics reform.”

“I thought it would go nowhere,” she said Saturday. “I thought Steve Pigeon was too close to those in state government to ever be held accountable.

“Sometimes people think they are too big to fall,” she added. “But no one should be. Even if it was all later than it should have been, the system eventually worked.” 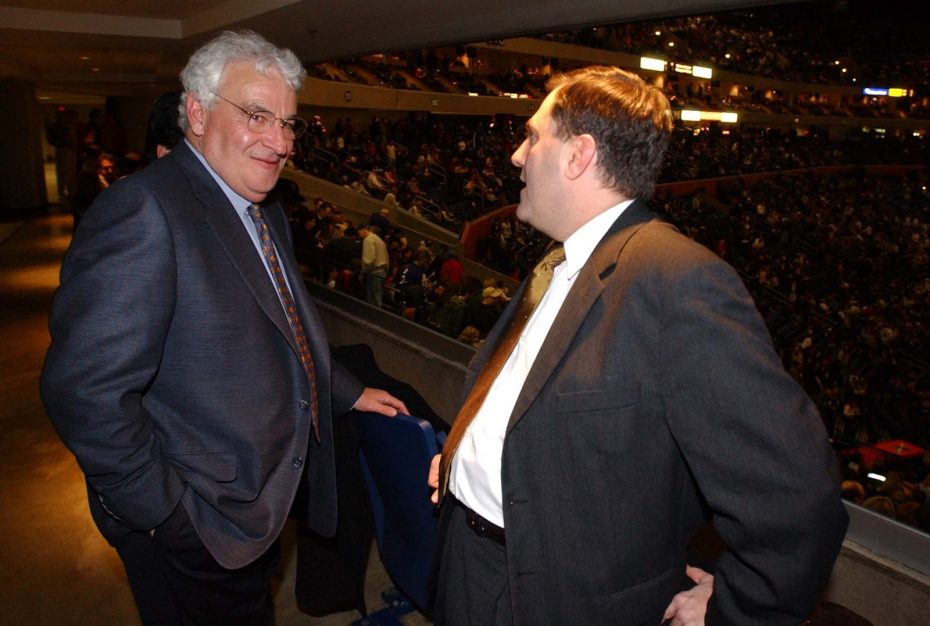 As far back as 2007, he teamed with onetime political nemesis Joel A. Giambra. The former Republican county executive contributed to a fund called Citizens for Fiscal Integrity at a time when his political powers were at low ebb. The fund then financed Pigeon-favored candidates for County Legislature without a direct link to Giambra.

“Everybody knew Pigeon was funding races against endorsed Democratic candidates, but nobody knew where it was coming from (during the campaign),” said Leonard R. Lenihan — a Pigeon foe and then-Erie County Democratic chairman — at the time.

By 2008, he was administering a $4.4 million campaign kitty called Responsible New York sponsored by Golisano — his longtime patron — who ran three times for governor on the Independence line. Responsible New York made a huge impact with individual contributions of $600,000 and $700,000, mostly for State Senate races.

Toth recalled Saturday that he wanted the district attorney to at least open a file, since he contended that Golisano — the billionaire businessman from Rochester — was spending huge amounts of money on campaigns that were illegally coordinating with Pigeon.

“It really is unfair to anyone who is not a billionaire,” he said. “And I thought we had the evidence. But no one was interested in looking at that hornet’s nest.”

In 2009, Sacha told The Buffalo News that two successive district attorneys — Clark and Frank A. Sedita III — would not prosecute Pigeon for election law violations because of his political power.

'It's not just a mistake'

Sedita fired Sacha as a result of his public complaints, and then-Gov. David A. Paterson rebuffed Sacha’s request for a special prosecutor. But the governor’s counsel — Peter J. Kiernan — said his investigation found a “pattern” of election law violations in Erie County, including money laundering.

Even while under investigation in 2016, Pigeon recruited a longtime ally, former Cheektowaga Democratic Chairman Frank C. Max Jr. (who has since pleaded guilty to election law violations brought by the attorney general), to raise funds through an independent committee. It was aimed at West Seneca Supervisor Sheila M. Meegan, daughter of Pigeon mentor and veteran town political figure Christopher P. Walsh.

But when Sacha, Grant and Hogues filed their complaint with the county board in 2013, the situation began to change. Then-Democratic Elections Commissioner Dennis E. Ward (a longtime Pigeon intra-party foe who is now a State Supreme Court justice) joined with Mohr and investigated the Progressive Caucus. They invoked their rarely used subpoena powers to summon the committee’s bank records.

“What stood out were the high amounts of money above contribution limits that were being transferred,” Mohr recalled on Saturday. “They might show up on expenditure reports, but not on the reports of those who received the money. And money was missing.”

“What really caused us to take the step was the continual ‘Oh, it’s just a mistake,’ ” Mohr said. “At some point, you know it’s not just a mistake.”

'Finally, it's been proven'

Mohr and Ward forwarded their findings to the State Board of Elections. And in another bipartisan move, the board referred the matter to Schneiderman, who then sent State Police investigators on a trail throughout Western New York. On May 28, 2015, agents of the attorney general along with the State Police and FBI raided Pigeon’s waterfront condo, seizing his laptop, cell phone and other records.

The probe originally aimed at potential violations of election law and Pigeon, Pfaff and another associate — Kristy L. Mazurek — were charged. But the emails discovered during more than a year of probing eventually led to even more serious charges.

In June of 2016, Schneiderman obtained a guilty plea from then-State Supreme Court Justice John A. Michalek for being on the other end of the Pigeon bribes. He agreed to cooperate with authorities, and was expected to testify against Pigeon. Michalek faces sentencing at a later date. The election law violations against Pigeon were dropped but the AG's office is still pursuing charges against Pfaff and Mazurek.

Now Pigeon, the fundraising “specialist” with tight connections to the state’s top Democrats, faces an uncertain future. He will return to face State Supreme Court Justice Donald F. Cerio Jr. on Dec. 21, where he could be sentenced to as much as one year in jail.

None of the top Democrats with whom Pigeon once consorted wanted to offer any comment following his Friday court appearance.

But Grant, who filed the original complaint, is thankful that some entity of state government at least listened, and then acted, after being ignored by Cuomo’s Moreland Commission.

Those who opposed his methods in past years now feel their complaints have finally been heard. Mohr, the elections commissioner, notes campaign finance laws are “fairly lax,” as is their enforcement. He keeps copies of letters to at least three district attorneys around the state laying out actions he thought constituted crimes.

“All three declined to do anything,” he said.

Hoyt, the former assemblyman and state economic development official who is now an Albany lobbyist, noted the many battles he waged over Pigeon’s penchant for inserting himself into every corner of Erie County politics.

“They used to say Steve Pigeon had nine lives as people were always accusing him of corruption,” Hoyt said. “Finally, it’s been proven in a court of law.

“He spent much of his political career trying to destroy me,” he added. “I will never rejoice over anyone’s hardship, but I will not lose any sleep over this.”

Toth, the Hoyt ally, noted that his complaints to Clark and Sedita also went unanswered.

“That’s not unusual in this town,” he said. “Those who complain about the powerful are subject to things like: ‘Why are you rocking the boat? How come you just can’t be quiet?’