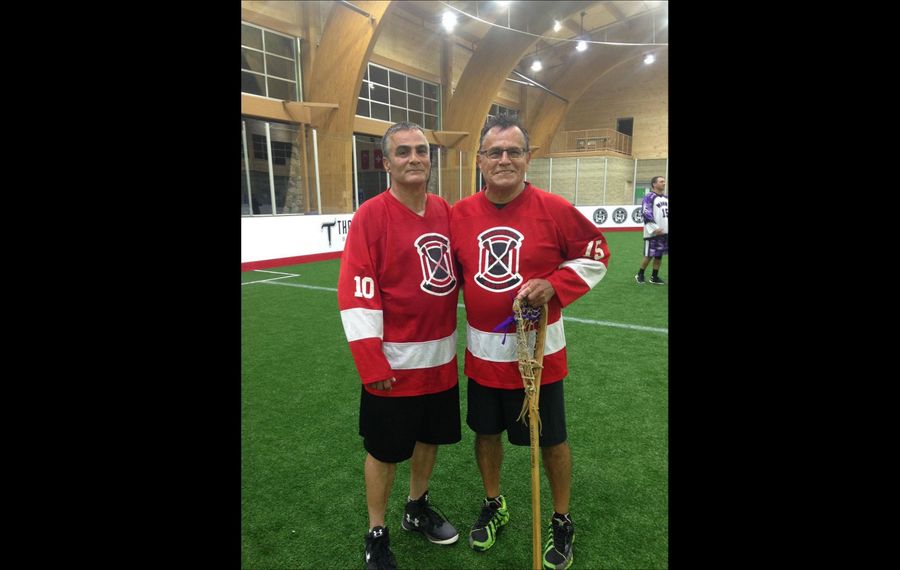 The first step toward Saturday's Haudenosaunee Wooden Stick Lacrosse Festival in Syracuse began six years ago, at the Seneca Nation's Cattaraugus territory. The Senecas brought together lacrosse players from throughout the Six Nations. They used wooden sticks and a leather ball in what the Iroquois describe as a "medicine game," a traditional means of thanksgiving, spiritual clarity and healing.

After more than 100 people gathered for a game that lasted three hours, Todd Gates and his Seneca teammates from a masters squad followed an old tradition. Gates, who also serves as president of the Seneca Nation, said they brought forward the "medicine ball," its core made from a small piece of hickory.

The Senecas, as the host community, asked if someone would be willing to renew the game in a new place, a year later.

Randy Hall, a Mohawk, accepted the ball. He was deeply respected among the Iroquois for his spiritual understanding of lacrosse, for the way he inspired people of all ages to pick up a stick and play.

At Cattaraugus, he promised to take the game to Onondaga Lake.

Randy kept his word. In 2013, he helped assemble a traditional game with wooden sticks on the shoreline of Onondaga, a sacred place to the Iroquois. It is there, they believe, that their Peacemaker called together five warring nations – the Tuscaroras had yet to join the league – and convinced them to bury their weapons, beneath a tree of peace.

On that day, Hall always emphasized, they played lacrosse. 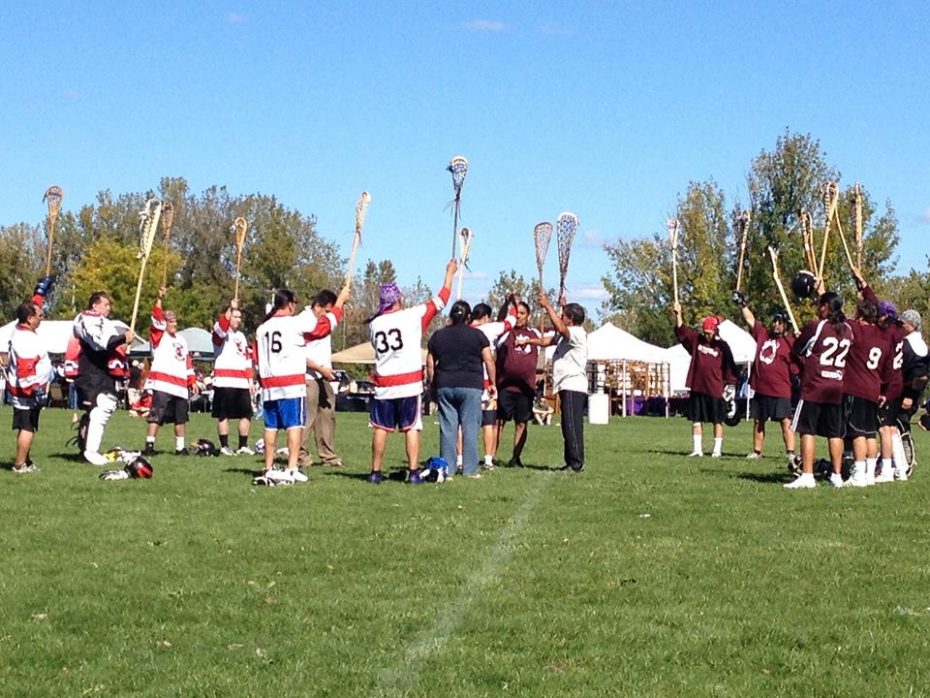 Gates, his brother LeRoy and several other Senecas will leave early Saturday for this year's version of a wooden stick festival, by Onondaga Lake. They look forward to the competition, but their trip is a gesture of respect toward the man for whom this year's tournament is named.

They are going, Gates said, "because we all love Randy."

He died in January, at 72, at Akwesasne, the Mohawk territory north of Massena. Randy defined "the meaning of lacrosse," said Glenda Taylor, a Seneca from Allegany who has watched masters players – the older men who keep on playing – compete for many years.

When Randy taught the game, he presented it as a means of discovering "good mind, good heart, good soul," said his younger brother Thomas, 58, who described Randy as a mentor, a surrogate father.

Thomas Hall said his brother was raised in a city neighborhood in Syracuse, cut off in many ways from native teachings, then left as a young man to fight in Vietnam. When Randy came home, Thomas said, he did his best to overcome what he saw in the war through a passionate quest to reconnect with his culture.

For decades, he lived at Onondaga, the traditional capital of the Six Nations. He instructed his children in the longhouse faith, with its emphasis on the natural world and the balance that accompanies such knowledge. He was still teaching those lessons to his grandchildren and great-grandchildren when he died.

"He was full of gratitude," said Kakwireiosta Hall, one of his daughters.

Some of her favorite memories involve quiet walks in the woods, where her father would "talk about our connectivity to the spirit world, to the protectors around us." Randy would pick up pieces of tree limbs that were gnarled or twisted by the elements, examples of a kind of natural artistic force. He taught younger people in his extended family "to take everything in stride, to absorb things as they happen."

Randy was such a student of human nature that his brother Thomas said it sometimes seemed he could anticipate things before they happened.

Lacrosse, with all its complexities, became a way to teach that approach to life.

For decades, he played and coached the game. In 2012, Randy made the trip to Cattaraugus as a longtime member of the Onondaga Redhawks, the masters team known as "old sticks" at Onondaga, who still play lacrosse throughout the Six Nations. Randy always encouraged his friends to keep playing even in their 60s and 70s, Kakwireiosta said, believing the game was a means of peace, a way to clear the mind.

She and Thomas vividly recall his passion for wooden sticks. Randy was glad for the stickmakers who still know the craft, such as Alf Jacques at Onondaga or Rodney Haring of the Senecas. Whenever he saw an old wooden stick at a flea market or a thrift store, he would quickly buy it and put it back to use.

He used to say those sticks, shaped from living things, held a spirit that called out to play the game.

Five years ago, after his trip to Cattaraugus, he fulfilled a longtime wish: He took the "medicine ball" to the place where the confederacy was born. Randy put together a game at Onondaga Lake Park with the help of Phil Arnold, chairman of the department of religion at Syracuse University and one of the founders of the Skanonh, the Great Law of Peace Center in Syracuse.

"The whole purpose of this tournament was to bring back the game to where it all started, and that was really Randy's insight," Arnold said.

While the medicine game has moved on to other territories, organizers continue to host wooden stick celebrations, festivals and tournaments by the lake. Arnold said they hope to have enough players Saturday for a four-team tournament in the event that now carries Randy's name. 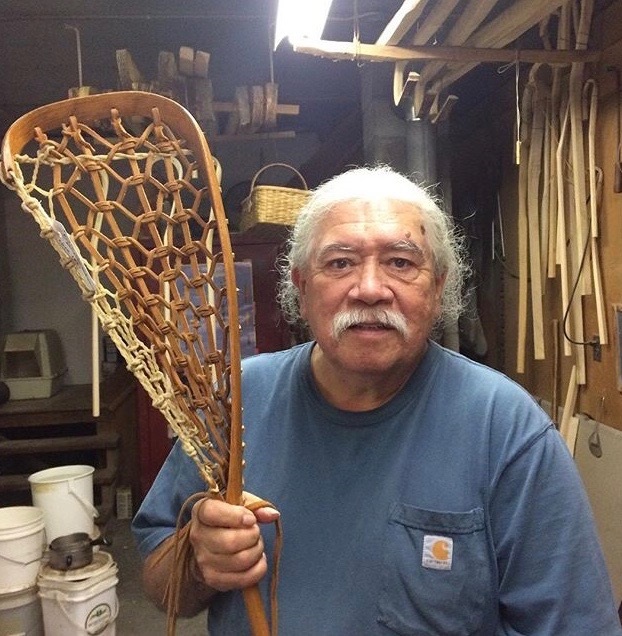 In 2014, Hall and several members of his family settled at Akwesasane, the Mohawk territory where he was born. "For him, it was full circle," Kakwireiosta said, another step in that longtime quest to reestablish deep friendships and connections.

He was playing the game and coaching it until the end, and Kakwireiosta said that vitality provides his children with some comfort.

"As hard as it has been, he passed away with his full abilities," she said. "He left this world still being able to play lacrosse, and I don't think he would have wanted it any other way."

Thomas Hall is still coming to terms with his brother's death. Since early childhood, he said, Randy was the most powerful influence on his life. Thomas has been married for 42 years to his wife Bobette, and he has worked for decades as an iron worker.

He said the fundamental anchors – the idea that you always show up for the people you care about, the discipline of working hard and getting up to it again, the knowledge that you find peace by stepping off the road and entering the woods – all go back to Randy's teaching.

Yet Thomas also remembers a harder lesson, "how the Creator calls people in certain times in certain ways, and whenever that happens, there's a reason."

He cannot explain it in any way that makes sense, except for this.

To find his brother, Thomas puts both hands around a wooden stick.