Fresh off another successful summer on the city's waterfront, the owners of Buffalo RiverWorks are expanding their property on both sides of the popular entertainment venue, buying up a pair of grain elevators on Ganson Street to add to their holdings.

The partners, led by Earl Ketry and Doug Swift, paid $2.15 million in two separate transactions this week to purchase the former GLF and Buffalo Malting elevators, respectively, from Ellicott Development Co. and a Canadian company that recycles kitchen countertops.

The investor group, through Ketry RE LLC, paid $1.8 million to buy the GLF elevator from William Paladino's Ellicott, which had acquired the property in late 2015 for $500,000 from Great Lakes Fishing Inc. That's the tall elevator complex directly adjacent to the Labatt six-pack structure at RiverWorks.

RiverWorks already is using that elevator at 323-339 Ganson, leasing it from Ellicott and taking advantage of its proximity to extend its recreational and entertainment activities to the vacant site.

"The interior's been cleaned out, and it's accessible and safe, but leaving the original grain elevator intact," Swift said. "It's an available space for all kinds of events."

Specifically, he said, RiverWorks has used the interior for dinner theater programs, concerts, tours and Chalkfest, along with hosting an indoor climbing wall. The outside, meanwhile, is used for an exterior climbing wall, and is also part of RiverWorks' zipline course that runs along and between buildings. 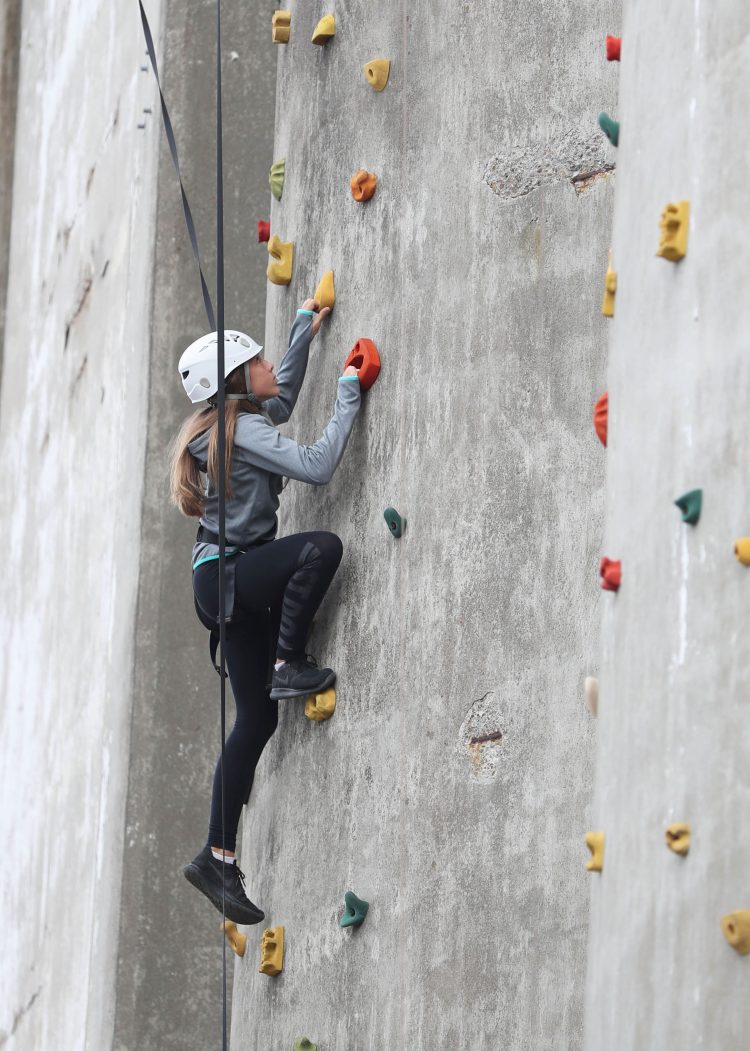 Additionally, Swift said, RiverWorks uses some of the GLF property for other operations, including a maintenance shop and storage space, as well as additional parking on the lot that's connected to the entertainment complex next door.

Designed by AE Baxter Engineering in 1909 but not completed until 1941, the two-acre complex consisted of three elevators and was operated by the Cooperative Grange League Federation, which merged with Eastern States League Cooperative in 1964 to form Agway. The company closed operations in 1974 and moved to Syracuse, cutting 260 jobs, and the site has since been vacant.

Swift said the partners "have no immediate plans for any major additional development there," but "it’s a very strategic location."

In a simultaneous but unrelated deal, Ketry RE LLC  also paid $345,000 to Sandstone Springs to purchase 395 Ganson. Sandstone is an industrial firm led by Canadian businessman and operating partner John Bordynuik, who announced plans two years ago to move his company's research and recycling business from Canada to Western New York and create a business technology park at the former Union Carbide plant in Niagara Falls.

The Buffalo Malting silo - which stretches parallel to Michigan Street along the lift bridge at the intersection with Ganson - is a smaller site than GLF, with only the one 47,480-square-foot structure and some additional land totaling 1.09 acres. It's not directly adjacent to RiverWorks - St. Mary's Cement is located in between - but "it is very close proximity," Swift said.

Constructed in 1912, the four-story building with 19 cylinders has had a "couple of different companies in there," but "hasn't been operational for many years now," he added. It was owned by St. Mary's Cement before Sandstone Springs bought it.

"It's something we were interested in acquiring from the original inception of RiverWorks, but were unable at that time," Swift said. "It’s a property that came up for sale relatively recently, so we moved on it quickly, because we knew it would be something that would be helpful to acquire."

The partners have "no immediate plans" for the property, but are considering it for "long-range strategic planning," Swift said. He said the interior has "tremendous potential" because it was originally designed on the lower level to accommodate freight trains and load grain directly into the cars. As a result, he explained, the building has "very tall ceilings and wide-open clear-span space that could have a variety of uses eventually."

"There’s a potential for all kinds of uses in there, primarily related to the operations of RiverWorks, that would be complementary to that and would be an asset to the neighborhood," Swift said. "But we don’t have anything specific at this point. We’re going to explore options for a while."