Perhaps no quarterback in the NFL throws the back-shoulder fade better than Green Bay's Aaron Rodgers.

His anticipation, quick release and arm strength make it an extremely hard play to defend. The key for the receiver is to get a free release off the line of scrimmage and not get too close to the boundary, so the quarterback has enough room to fit in the throw between the receiver and the sideline.

On a play against the Vikings in Week 2, Rodgers let the ball go before tight end Jimmy Graham had reached the 5-yard line. Graham made the catch, but it was called back due to a holding penalty. Graham is the Packers top red-zone target for the Buffalo Bills to watch on Sunday. 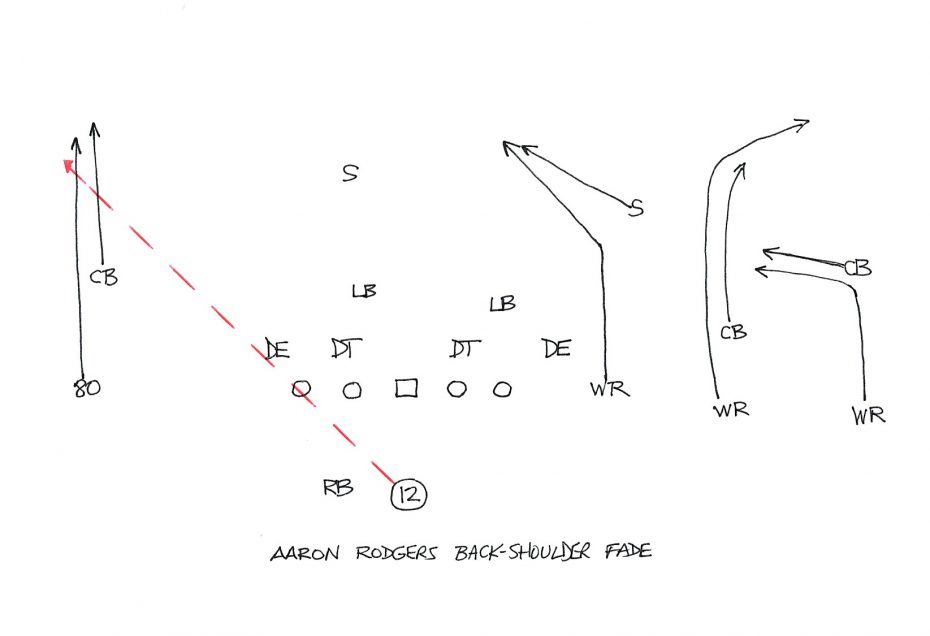