When there’s a chill in the air and days are getting shorter, activity picks up at Schnitzel & Co. where Oktoberfest is celebrated year-round with German food and drink at two locations (Transit Road and Eggert Road).

“Our whole menu is Oktoberfest all the time,” said General Manager Phil Christopher. “But it definitely picks up this time of year. We get out of summer and into fall and we see foot traffic pick up. A lot of folks want to try German cuisine this time of year.”

So Christopher plans festivities to go along with the crowds – everything from tent parties to schnapps tastings. “The third Monday of every month we do a Brew Crew where we have five beers paired with five food courses,” he said.

“We kicked off Oktoberfest with a tent party and we will celebrate throughout September and October. We have a tent party at our Eggert Road location on Oct. 6 with live music. We take part in Restaurant Week every year – that’s Oct. 15-21.”

Since opening more than a year ago, the restaurants have been celebrating Oktoberfest with authentic menu items. “If folks are looking for German cuisine, they’ll find a lot of classic items that their mother or grandmother made for them,” Christopher said. “Our menu is Swiss-German inspired. It’s homemade food that’s fresh with great flavor. Most folks leave here very happy.”

Everyone’s German for Oktoberfest, but if you’re not sure what to order, Christopher runs down the most popular menu items.

Sauerbraten: “It’s like a German pot roast. It’s beef that is cubed and marinated for 24 hours for a distinct sour taste due to the vinegar and it comes out tender with gravy over the top.” 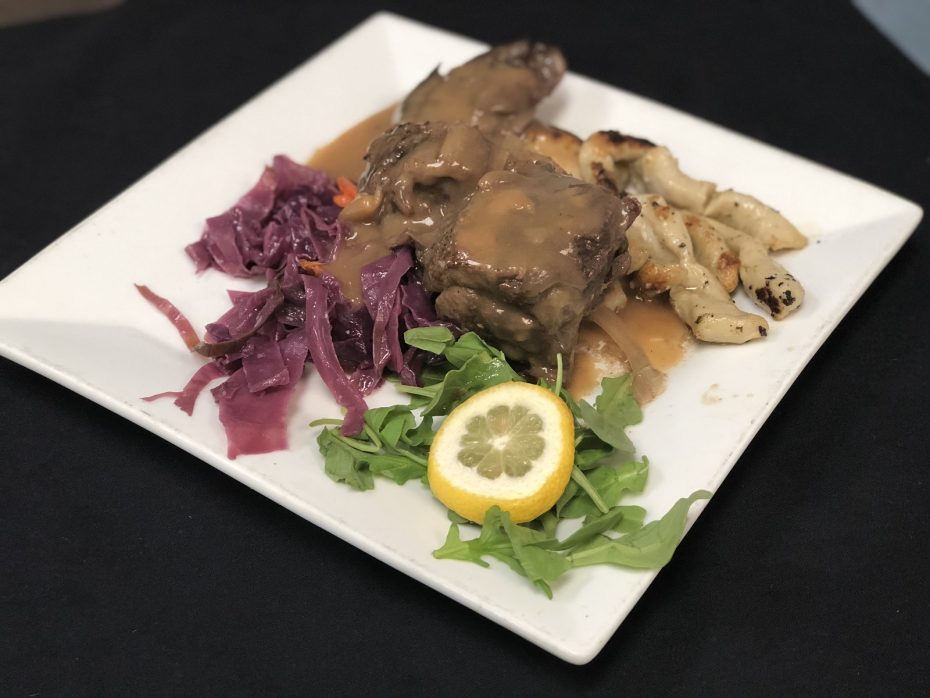 Sauerbraten is a German style pot roast that must marinate for an entire 24 hours. (Photo courtesy Schnitzel & Co.)

Schnitzel: “We have three different schnitzels – they are thinly pounded protein with panko bread crumbs, lightly fried with light toppings. Wiener schnitzel is veal and gets topped with lemon juice. Chicken schnitzel is served with fontina cream sauce. And jaeger schnitzel is pork. It’s served with a mushroom gravy.”

Sausages: “We have four different sausages – I would say we do German classics – knockwurst, mettwurst, bratwurst and weisswurst. Bratwurst is a traditional German sausage made with pork and beef. It has a mild spice to it. Mettwurst is pork and beef as well and it’s smoked for a different flavor. Those two are most popular. We get our sausage from Redlinski.” 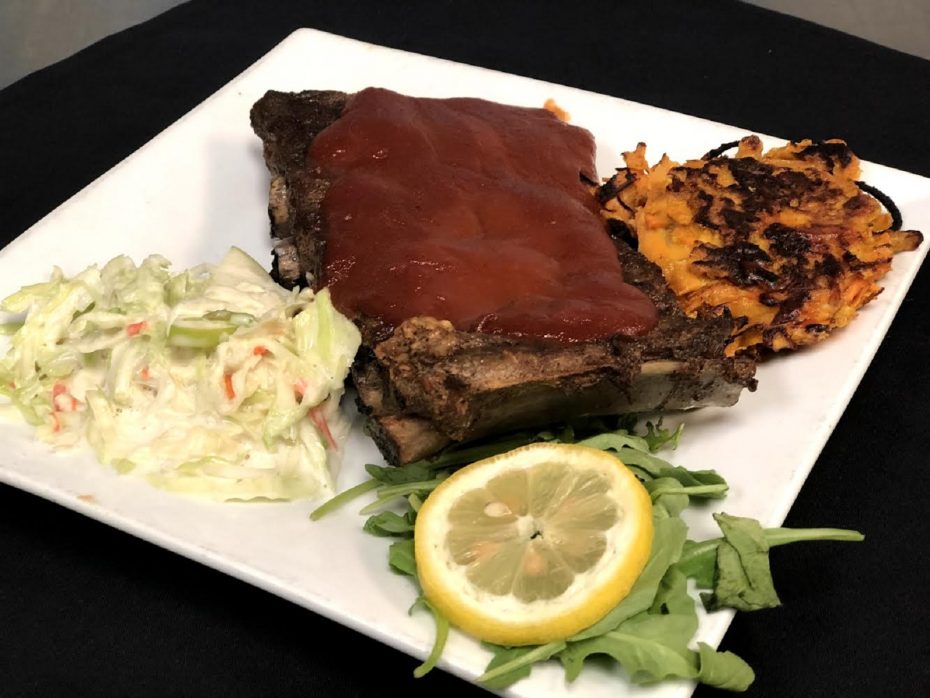 Potato pancakes: “We cook them thin and crispy. People like a little crisp to them. We serve them with homemade applesauce.”

To wash it all down: “We have 20 beers on tap, but we serve four authentic German beers – Franziskaner, which is a Bavarian recipe; Spaten Optimator, which is a sweet, toasted malt; Weihenstephaner, a fest beer from the world’s oldest brewery; and Warsteiner, which is a pilsner with a slightly tart taste.”