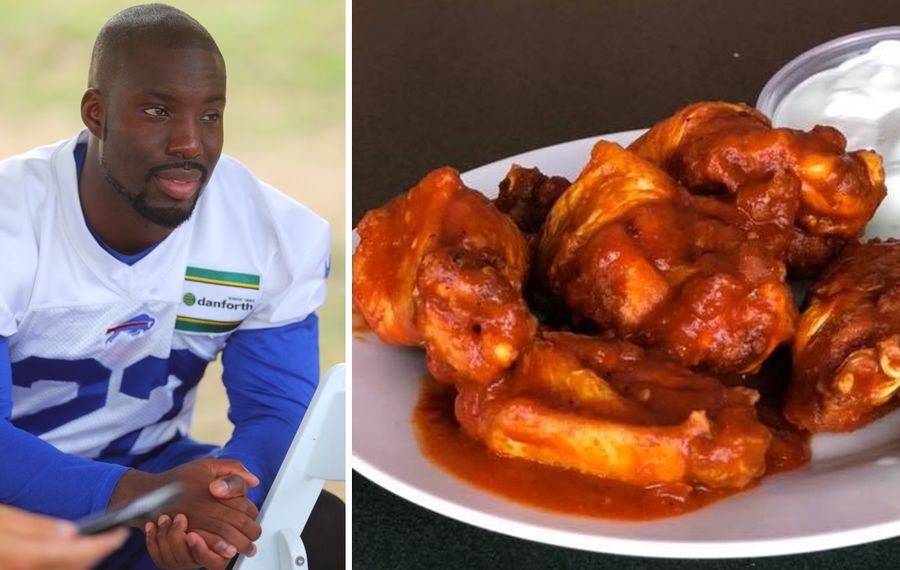 The ripples of Vontae Davis' decision to quit the Buffalo Bills and retire from football at halftime of the team's Week 2 loss are still being felt. And, in a slightly twisted sense, his decision has been inspiring.

O'Neill's Stadium Inn, at 3864 Abbott Road in Orchard Park, is challenging customers to beat the Vontae Davis Sauce Challenge. How does a hot-wing challenge connect to one of the more bizarre instances in local football history? The Vontae Davis sauce scorches due to fresh ghost peppers, sky-high on the Scoville Heat Index at more than one million SHUs, and it's relevant because of the defensive back's decision to "ghost" on the Bills.

If an O'Neill's patron can eat an order of 10 wings covered in Vontae Davis Sauce in the span of a half hour, the eater won't be charged for the wings and will receive a special O'Neill's T-shirt. According to Kristin Cerrone, a bartender at O'Neill's, several customers have already attempted the challenge, with just two successfully braving the pain.

For those who cannot complete the challenge, the wings cost $10.95 and do not apply to the Thursday "Wing Night" special or the happy hour deal, Cerrone added.

"It was our bartender Mike Brooke's and our chefs Joey Raniero and Paul Dingleday that came up with it on a whim to get people in for the game Sunday," Cerrone explained, "and it ended up being a bigger deal than we ever expected." The original Facebook post introducing the challenge was shared close to 400 times.

O'Neill's tagline for the challenge is a fitting note to end on: "See if you can finish an order of 10 without quitting half-way through."