A Lyndonville man was charged with driving while intoxicated late Tuesday night after walking away from a high-speed crash that left his vehicle split in two, according to State Police.

Brandon Woodhams, 26, of Lyndonville was driving at a high rate of speed south on Sawyer Road in the Town of Gaines in Orleans County when his vehicle left the roadway just before 11 p.m., troopers said.

His car was airborne before hitting a tree, with the car striking the tree approximately 5 feet off the ground. The impact severed the vehicle in two, troopers said, with the front of the vehicle engulfed in flames. 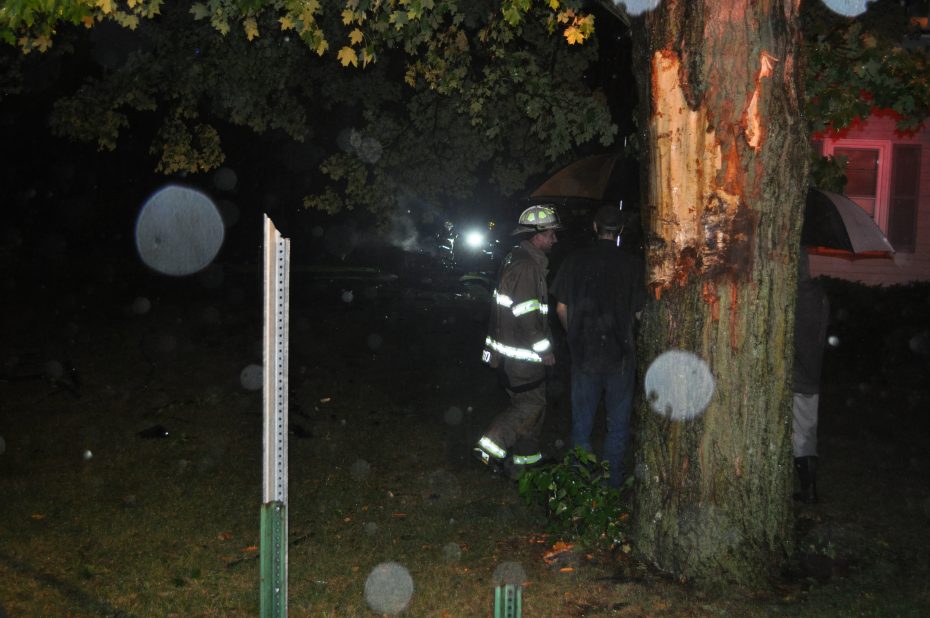 A vehicle in a crash in the Town of Gaines was approximately 5 feet off the ground when it hit a tree. (New York State Police)

Woodhams suffered only minor injuries to his elbow.  His blood alcohol content was found to be .15 percent, troopers said. He was also charged with moved from lane unsafely.