At the start of the third episode of the new “Murphy Brown,” written by series creator and Buffalo native Diane English, a cable news anchor is on location at the Anchor Bar in Buffalo.

OK, he’s not really at the Main Street restaurant, but there is an establishing shot of the actual storefront.

The anchor, Brown’s son Avery, is there to interview two regular people – a male plumber and a female teacher – who agree on only one thing: “Go Bills.”

In the birthplace of the chicken wing, the two have different takes on a right-wing author named Ed Shannon, clearly based on former Donald Trump aide Steve Bannon. 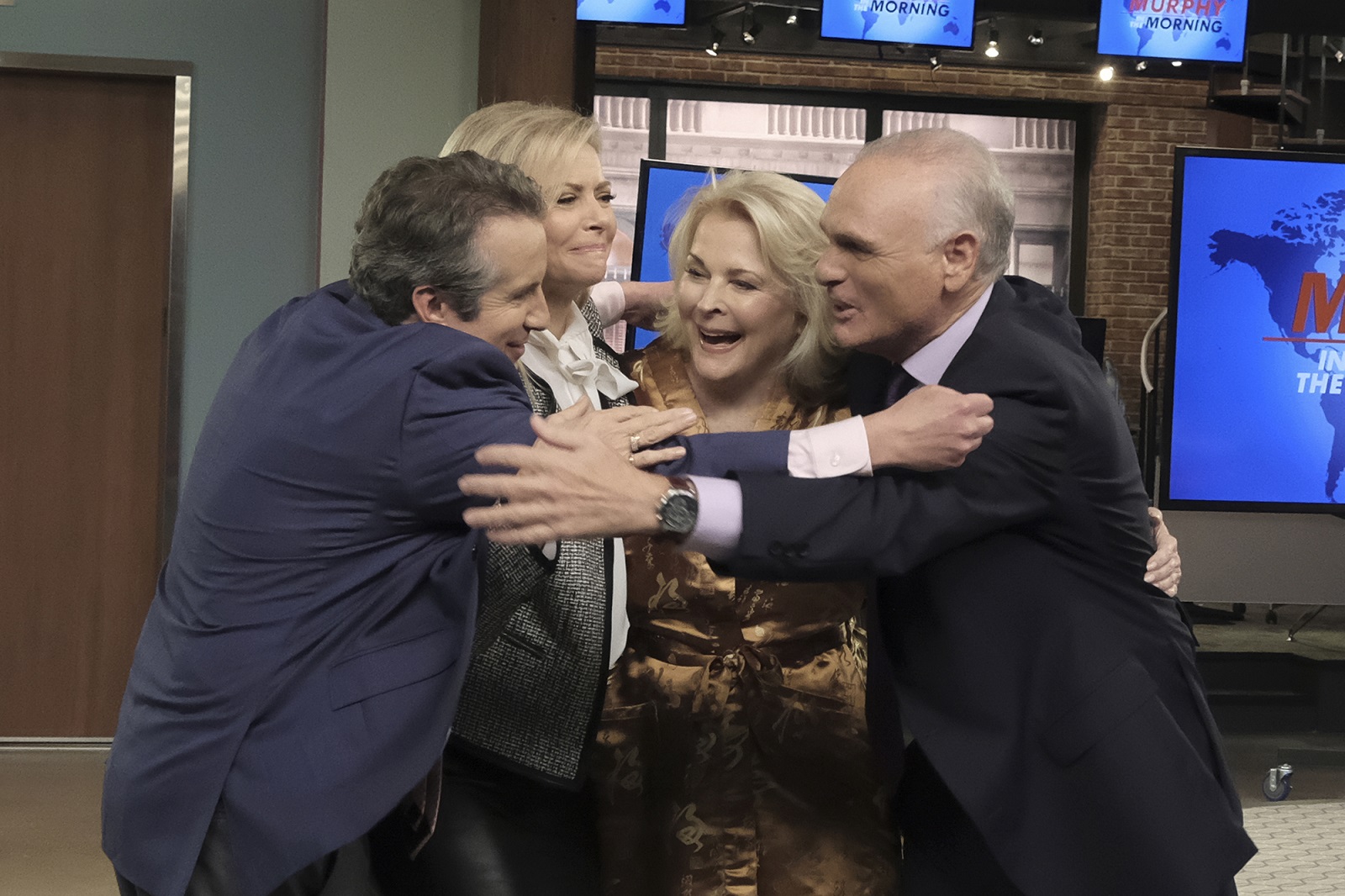 The woman and some in the crowd were aghast at the blue-collar guy defending Shannon.

By the end of the scene in the Oct. 11 episode, popcorn flies off one table as Avery proclaims “obviously we have strong opinions here in Buffalo.”

The scene illustrates there is no debating who the latest reboot of a popular old series is aiming to attract – people who fear the Trump presidency is damaging America and journalists who wish Americans would understand their mission better.

English, a SUNY Buffalo State graduate, has said her show is the only recent reboot with real reasons to return: The chaotic political situation and Trump's attacks on the media.

Both issues are addressed in the three episodes made available for review by CBS, which aired the pilot Thursday on Channel 4.

The episode starting at the Anchor Bar is by far the best and offers promise the show is finding its rhythm. It ends cleverly with a dance mix that goes viral to a barroom debate between Brown (Candice Bergen) and Shannon that neither knew was being recorded.

There is no dancing around it: The Thursday premise pilot didn’t move as well. It was understandably slow to unwind as English reintroduced the old characters from her popular sitcom that ended 20 years ago dealing with the culture wars of the time, and introduced some new characters as well. 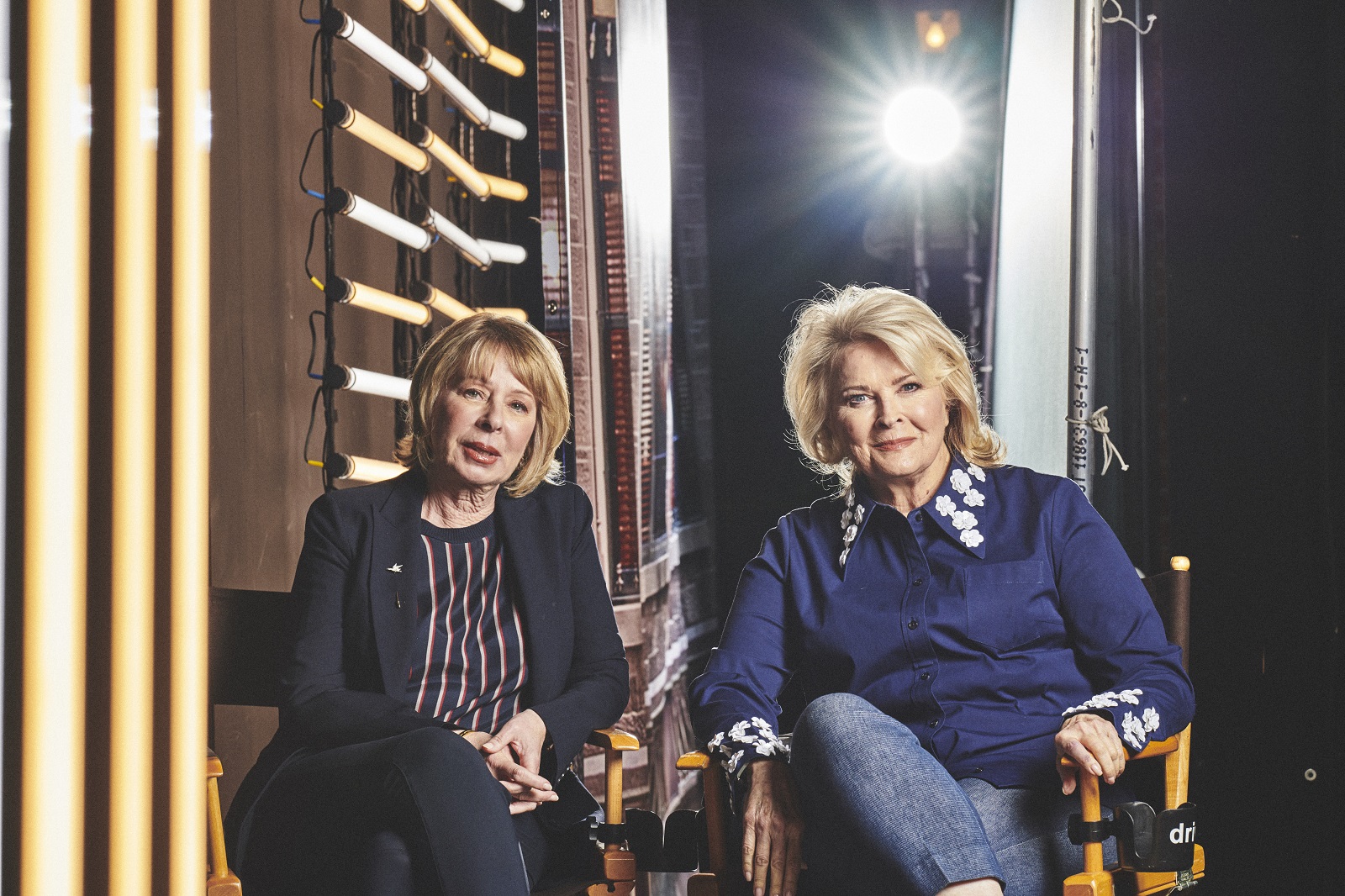 Veteran pro Tyne Daly is on board as the sister of the late bartender Phil, who has taken over the establishment Murphy and the gang frequent.

The best addition is Jake McDorman, who plays Avery. Avery has followed his mother in the TV news business, becoming the idealistic liberal voice for a network, Wolf, with obvious similarities to Fox News.

Avery lives with his mother, a circumstance that demands some explanation and a joke. It eventually delivers on both. They have a sweet relationship, which is the best part of the reboot. Avery even shows his mom how to use Twitter, which is as potentially dangerous in her hands as it was in Roseanne’s.

In a way, the abrasive Murphy has something in common with the president she despises: She has trouble saying she is sorry. When she does, it leads to one of the best moments in the first three episodes.

The opener explained why Murphy decided to come out of retirement and ask her former colleagues Frank Fontana (Joe Regalbuto), Corky Sherwood (Faith Ford) and Miles Silverberg (Grant Shaud) to join her on a morning cable show with a novel premise: be totally factual.

Yes, they have aged in the 20 years since the show aired and it takes some getting used to.

However, the cable morning show’s new tag line is a winner the anchors of all three Buffalo morning shows starting at 4:30 a.m. should consider: “If we can get up this early, so can you.”

Murphy’s explanation for her professional return is simple.

“It is hard to be on the sidelines, especially now,” said Brown, who may be speaking for English, as well. “I missed it a lot.”

It isn’t the only time English speaks through Brown.

“This is a big risk,” Brown said before the launch of her new cable show. “What if it tarnishes our legacy?”

One of the best moments came when a mother thrilled to see Brown at a bar was asked by her teenager, “Who is Murphy Brown?” 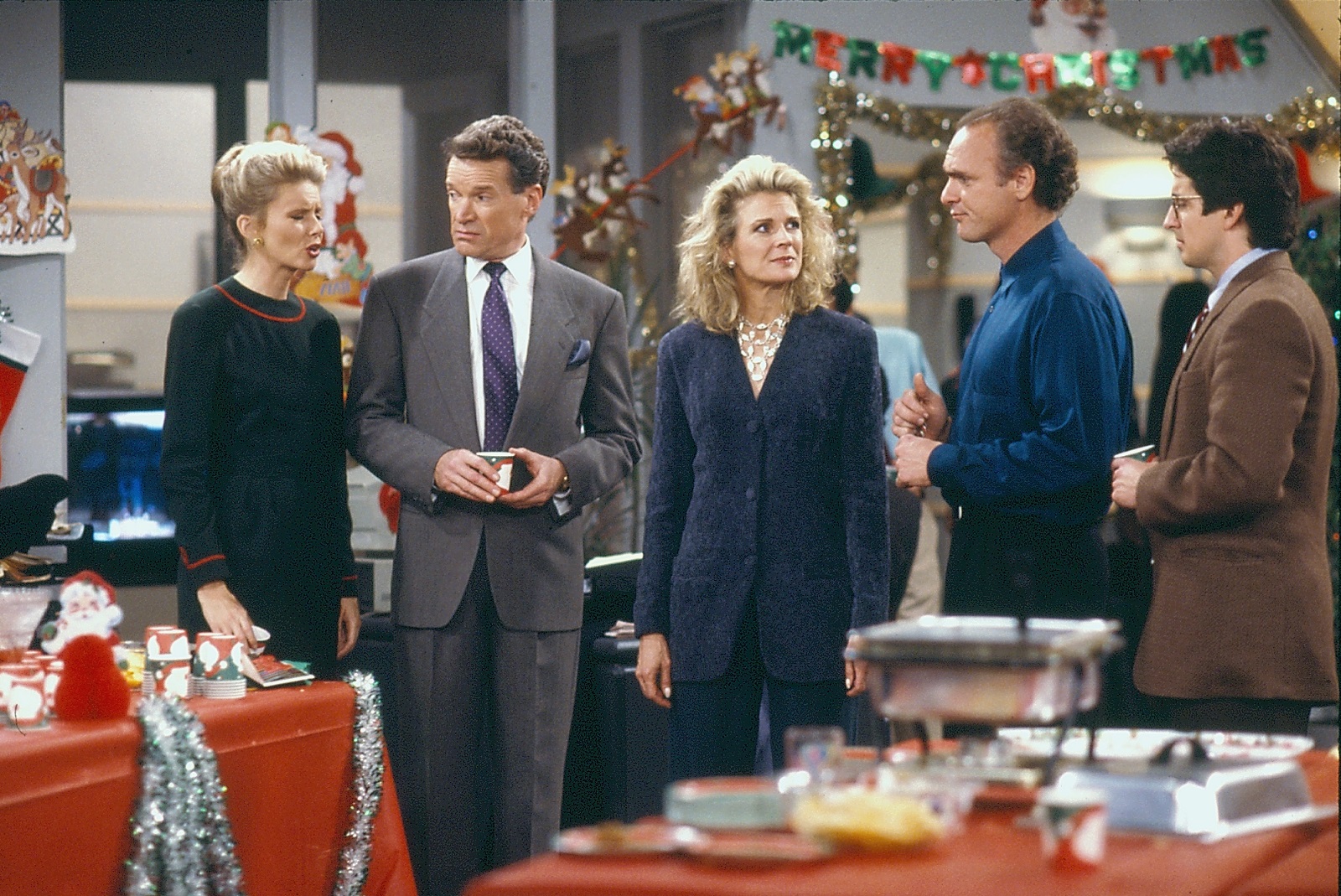 It illustrated a potential problem: Several of the jokes about historic figures may go over the heads of younger viewers the show needs to attract. They most likely won’t recognize the picture of broadcasting legend Edward R. Murrow on Silverberg’s apartment wall, either.

I’m not even certain young people who care less about current events will get the on-target jokes about Matt Lauer, Roseanne, Paul Ryan, Sarah Huckabee Sanders, Rudy Giuliani and “The View.”

Another potential problem is the occasional lecture Brown and the gang deliver. It is preaching to the converted and could turn off almost half the country.

The topics in the first three episodes include the importance of journalism and speaking truth to power, the journalism danger of giving false equivalency to two sides of an issue and the difference between good TV and good journalism.

The fourth episode reportedly is going to be about the #MeToo movement.

It is hard to know how this show, overall, will play in Peoria or even with Anchor Bar customers.

But Buffalonians should make sure they watch the third episode Oct. 11 before deciding if the reboot is worth the risk.