Studies say millennials just don't like going out that much.

It could be the pressure to dress up and paint your face in makeup. It could be the expensive drinks and rounds of shots you ultimately forget buying.

Or it could be that some bars just suit people better than others.

For those who aspire to live out a scene in a Harry Potter movie, sipping on a butterbeer (or craft beer, which is as close as you’ll get) in an old-style tavern, surrounded by aging folks with white hair (wizards) and college (Hogwarts) students, there's Alley Cat.

Or maybe you’re a different kind of nerd, an erudite who could name the 22nd president in their sleep. Founding Fathers will not only test your knowledge with a bartender so rich in historical knowledge that he’ll remind you of your best history professor, but also has the historical trinkets and pennants to set the scene. Where did George Washington party? Not here, but maybe he would have wanted to.

Or are you a theater and classic movie buff? Are you the kind who, after a few glasses of Chardonnay, belts out every word to "Defying Gravity?" Matinee, in the theater district, is where to go to casually to watch a Charlie Chaplin movie while perusing an extensive beer list.

The following bars cater to all kinds of nerds and geeks.

So sit back, crack a beer and allow yourself to get carried away in a crowd of like-minded peers. 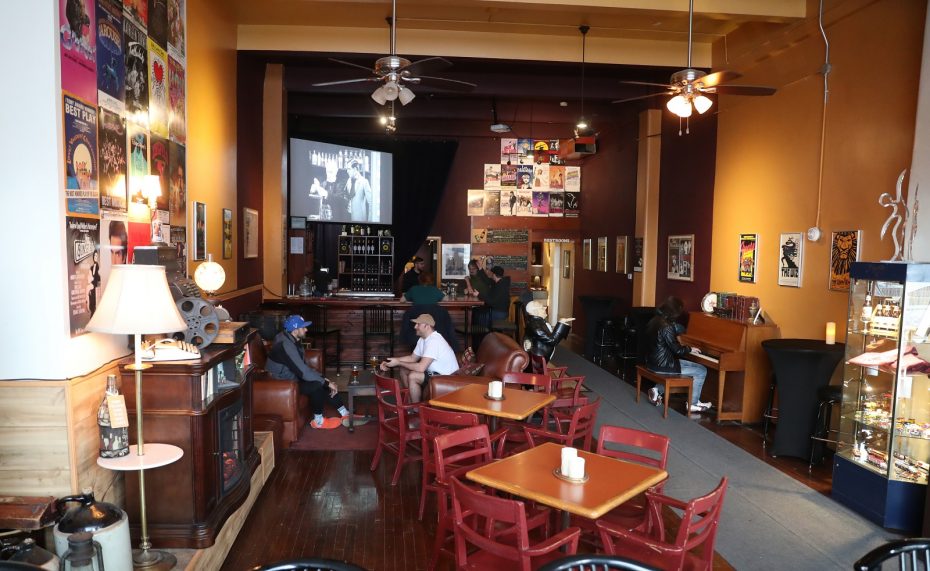 At any given time, you could be cuddled up on the couch watching a movie, not at a bar. But if your Friday night plans include meeting friends out at a bar and not slapping on a face mask, you’ll feel right at home at the sight of Matinee’s projector television above the bar.

Hole up on their leather couches, search the walls for show posters of musicals you've seen, or strike up a conversation with one of their friendly bartenders (possibly with a movie request of what they should play next).

Out of more than 100 craft beers and ciders to choose from, if conversation dries up, at least there’s a movie and an 18 percent ABV Dogfish Brewery Belgian strong dark ale to keep you company.

One score and 13 years ago, history buff Mike Driscoll opened Founding Fathers, fittingly, on Election Day. The walls are wood-paneled and brick, the high ceilings are covered by draped flags. Everywhere you look, there are photos of presidents, historical news clips and enough memorabilia to fill a museum exhibit.

Someone in there probably knows more about history than you. They'll correct you when you say the Revolutionary War started in 1776. Don't miss trivia night. 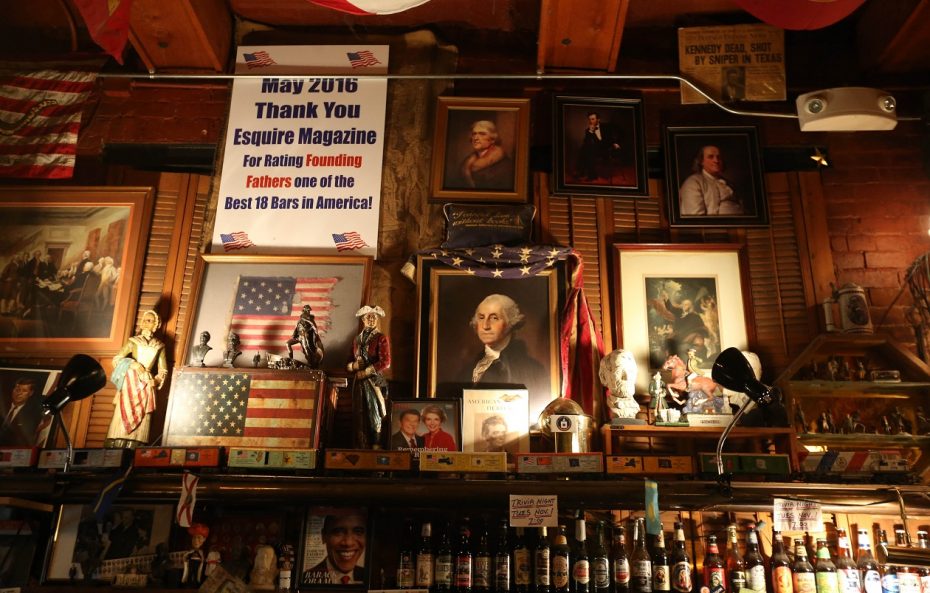 Even if it is not trivia night, if Mike Driscoll is behind the bar you can expect some trivia questions being posed. (Sharon Cantillon/News file photo)

Trendy and pink, the Angelica Tea Room concocts serious cocktails in a luxe environment. It's not a place where you walk in and note its nerdiness, but for those looking to re-enact a scene out of a James Bond movie, it could easily be the setting of a meet-cute between Bond and a glamorous Bond girl.

An illuminated brick wall sits behind shelved windows of liquor. Bartenders climb a thin, wooden ladder to the top shelves. The cocktails are elaborate and beautiful, spruced with mint or multicolored.

Ask for any kind of cocktail imaginable, or choose from a list of signature drinks, including cocktails referencing Ernest Hemingway and Rick James as pretend consumers. 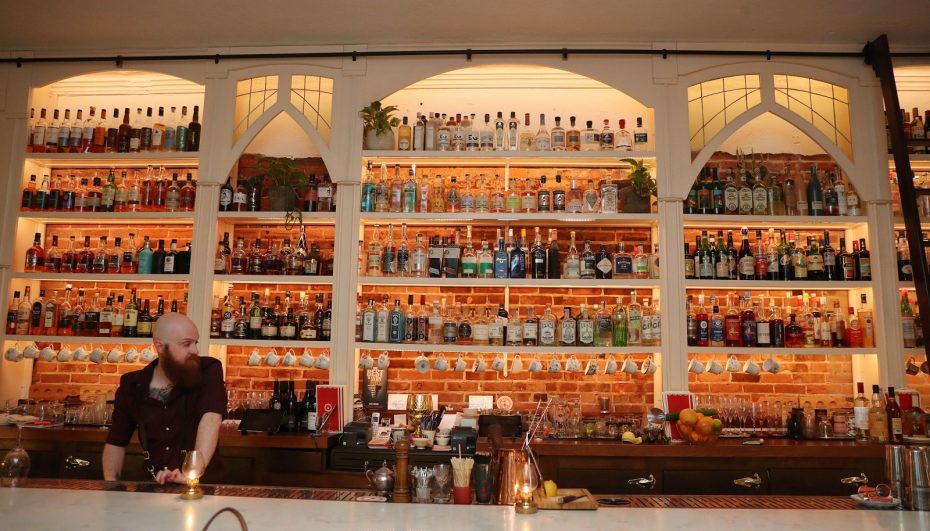 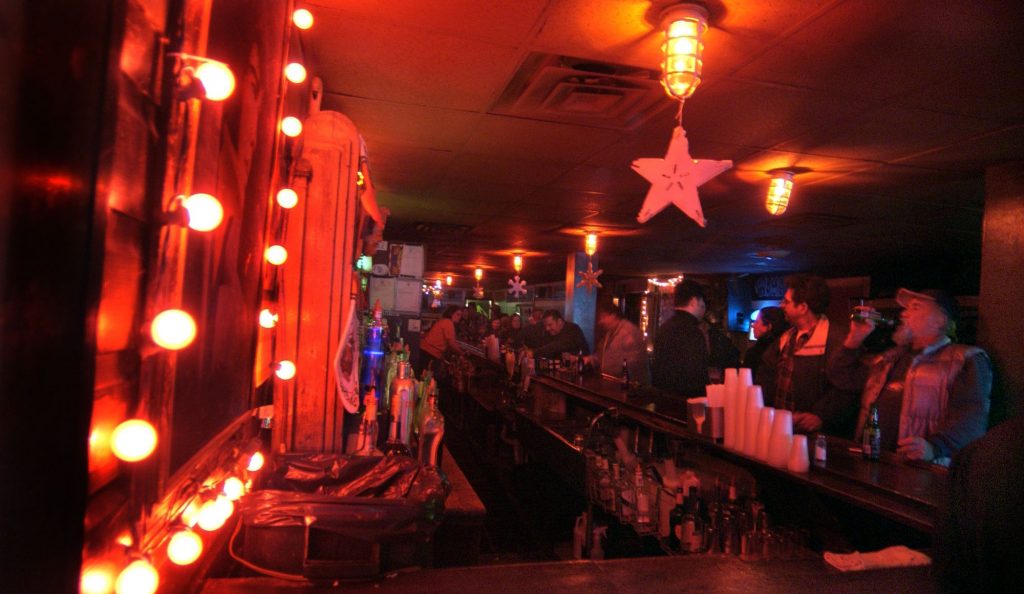 The scene at the Old Pink. (Buffalo News file photo)

That ominous house on Allen, painted deep purple with fluorescent green and yellow flames crawling up the sides is the Old Pink and it's a staple.

Buffalonians enter the flame-printed house at wee hours in the morning, often around 2 or 3 a.m., in pursuit of another drink and a signature steak sandwich, one of the few foods the kitchen makes, and to hear music that doesn't appear on Billboard's Top 40, at least, not this decade. Listen for alternative, punk and rock.

At the downtown bar/arcade, blow through quarters on old-school arcade games, or desperately try to keep a game of pinball lasting more than 30 seconds. All while drinking sake or a beer, washing down a Japanese-inspired appetizer.

Since its recent opening, Misuta Chow's has filled a gaping, skee ball-shaped hole in Buffalo's tapestry. Buffalonians often fend off complaints (and generally contribute a few ourselves) that "there's nothing to do around here except eat and drink." We needed something else. Something like an activity. Something like a game of skee ball, in the company of drinking-aged peers and not 9-year-olds on their birthdays. 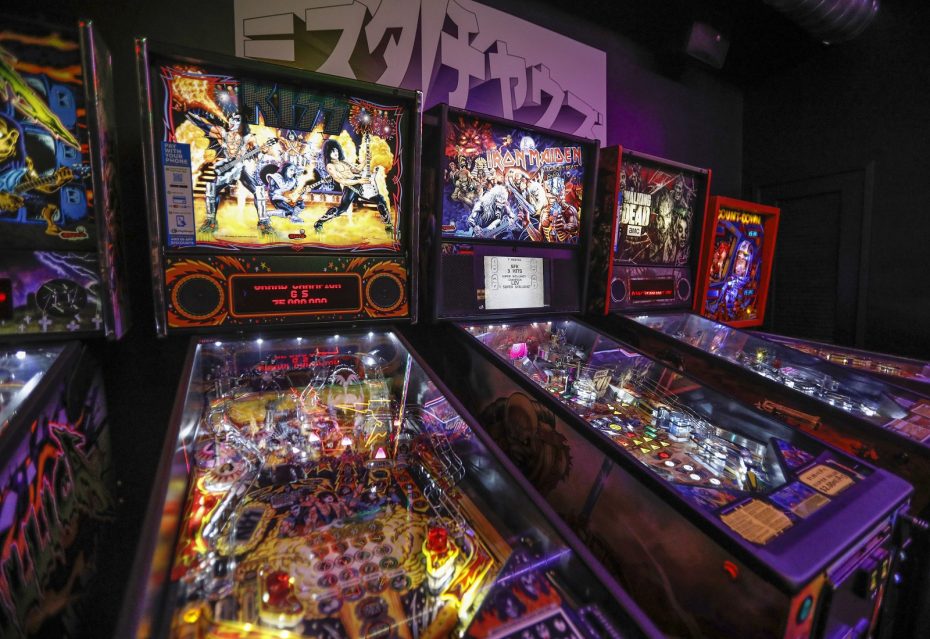 Pinball machines in the arcade on the second floor of Misuta Chow's. (Derek Gee/News file photo)

Leaf through page after page of its whiskey menu, choosing from more than 600 ryes, bourbons and scotches. While sipping on your whiskey of choice, admire the decor. Booths feel more like chambers in small rooms, slightly hidden from each other by brick columns and retractable curtains. 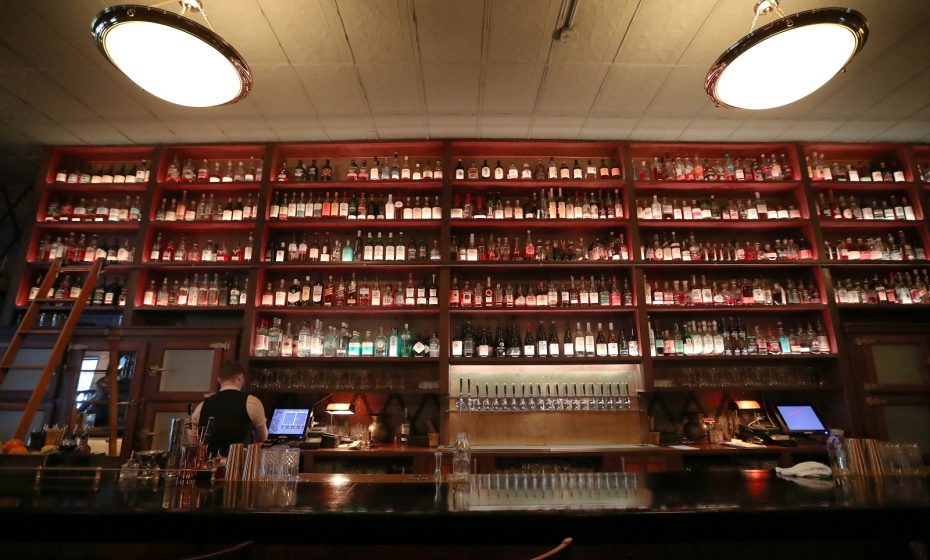 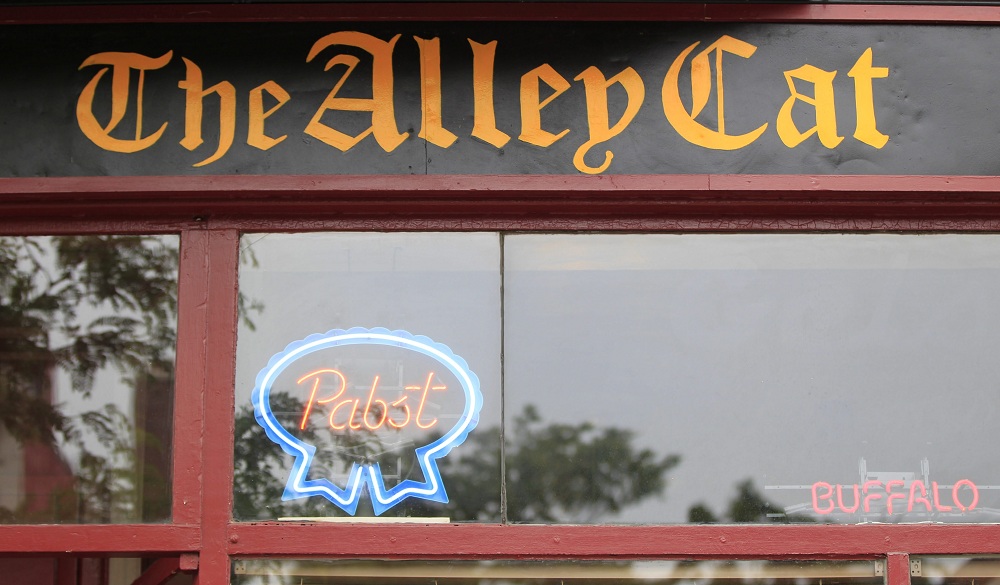 From the outside, the slightly Harry Potter-style-font for the Alley Cat will attract anyone who grew up running around in wizard's robes, holding sticks as wands and shouting spells. Inside, the spacious booths against the brick wall are reminiscent of the Leaky Cauldron.

Not specifically Harry Potter-themed, drinks are unfortunately not served in cauldrons or on fire. If  you want to taste butterbeer, the closest thing in Buffalo is butterbeer flavored ice cream at Lake Effect Ice Cream. But decidedly Hogsmeade-like, the bar feels like Hermione Granger might go there to pregame, on the one night out a school year she doesn't spend studying.

"Without music, life would be a mistake," an immortalized black and white mural of Friedrich Nietzsche says on the side of Nietzsche's, an Allentown staple. The bar serves as an incubator for local bands who play originals, hosting bands seven nights a week.

Discover new music at open mic Mondays or drop by to hear funk, jazz, alternative, rock, indie and groove music. Sometimes all at the same time. 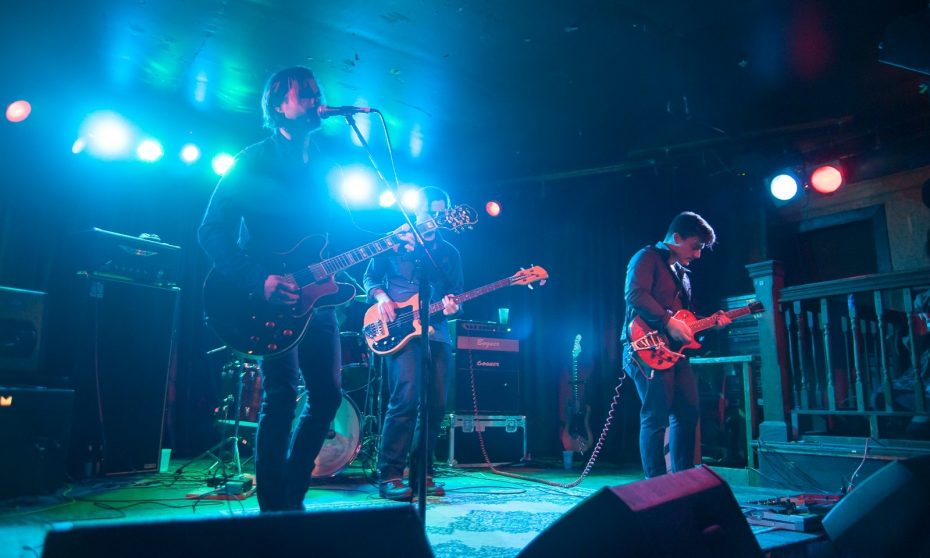 Nietzsche's is known for original, live music. (Matt Weinberg/Special to The News)