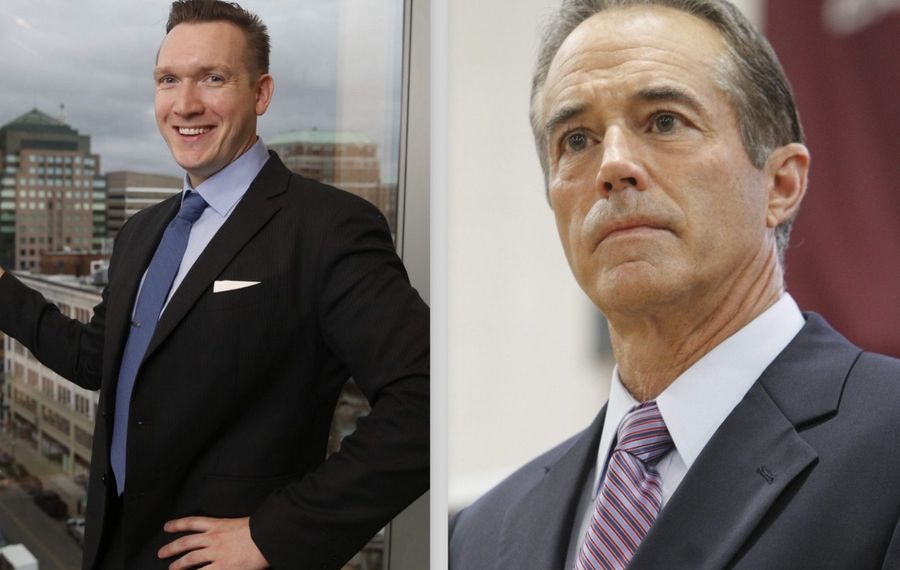 WASHINGTON – The race between Republican Rep. Chris Collins and Democrat Nathan McMurray is now a "toss-up," the RealClearPolitics website said Wednesday as it upgraded McMurray's chances in what had been a race that "leans Republican."

RealClearPolitics did not explain its ratings change, which came nine days after Collins re-entered the race. Collins suspended his campaign Aug. 11, three days after federal prosecutors in Manhattan charged him with several federal felonies in connection with an alleged insider trading scheme.

McMurray, the Grand Island town supervisor, took to Twitter to celebrate the change.

"We already knew that we have the momentum, the enthusiasm, the excitement. They can’t stop us," he wrote.

Real Clear Politics just upgraded this race again to a “Toss Up.”

But we already knew that we have the momentum, the enthusiasm, the excitement. They can’t stop us.#NateWillWinhttps://t.co/KazzdzokxL

Collins, of Clarence, can take solace in the fact that the Cook Political Report says Republicans have a natural 11-point edge in the suburban/rural district between Buffalo and Rochester. Cook still rates the race "lean Republican," as does FiveThirtyEight.com and Inside Politics with Nathan Gonzales.