When anarchist Leon Czolgosz shot President William McKinley at the Pan-American Exposition in 1901, shock waves were sent through the nation.

The assassination sent shock waves through Buffalo, too.

Not only had a president been killed here, President Theodore Roosevelt would be inaugurated on Delaware Avenue and Czolgosz would go on trial and sit in prison downtown.

The Buffalo Evening News captured it all on the front page each day.

After shooting McKinley, Czolgosz was captured and interrogated by local authorities. During questioning, he told police: "I thought it would be a good thing for the country to kill the president."

(Scroll down for a timeline of Czolgosz's path in 1901, from when he left his family's home in Cleveland in July 1901 to his execution in October 1901.)

While in Erie County Jail downtown, Czolgosz was taken through a secret underground passage – known in the Buffalo Evening News as the "Tunnel of Sobs" – to travel from his cell to court across the street so that angry hordes outside couldn't reach him. 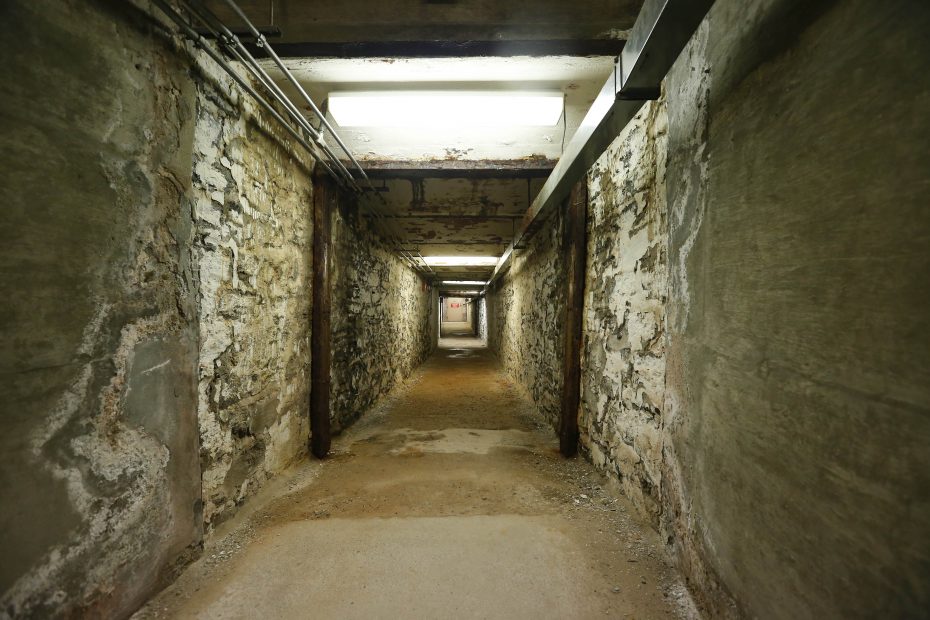 The "Tunnel of Sobs" that was dug under Delaware Avenue to connect the jail to Old County Hall was believed to be completed in six days as a precaution used to protect President William McKinley's assassin, Leon Czolgosz. (Mark Mulville/Buffalo News)

On Sept. 22, Czolgosz was declared sane and responsible for his actions so that he could stand trial.

Two days later, Czolgosz recounted his deed in the courtroom and "appeared to be entirely at ease," according to The News' report. The jury reached a guilty verdict after deliberating only half an hour.

In The News' account of the conviction, when the jury gave its verdict, "the greenish pallor of his face became more livid, that his head sank lower and lower, that he seemed to shrink smaller and smaller. He made no attempt to speak." The judge then addressed the courtroom, saying McKinley's "death was the saddest blow to me that has occurred in many years," crying as he finished his remarks.

You can read the full article below.

Czolgosz was sentenced at 2:13 p.m. on Sept. 26 to death by electrocution.  The News reported he "looked sallow and weak and beady drops of perspiration stood out on his forehead."

The judge said in his sentence: "In taking the life of our beloved President, you committed a crime which shocked and outraged the moral sense of the civilized world. ... The sentence of the Court is, that in the week beginning Oct. 28, 1901, at the place, in the manner and by the means prescribed by law, you suffer the punishment of death. Remove the prisoner!" 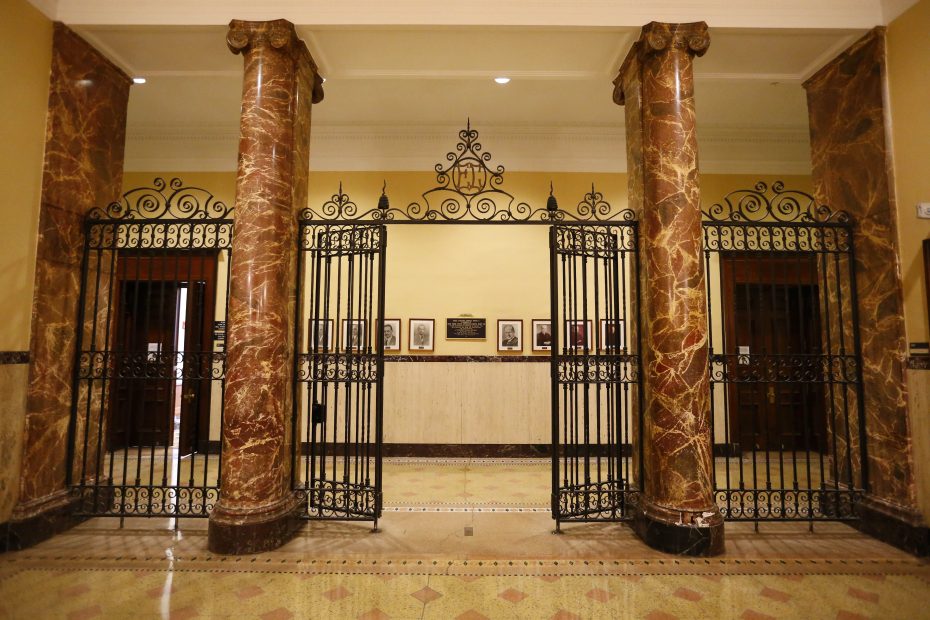 A gate was erected outside of this courtroom in Old Erie County Hall to control the crowds where Leon Czolgosz would stand trial for the assassination of President William McKinley. (Mark Mulville/Buffalo News)

[Related: Auburn prison mystery: Where is the body of McKinley's assassin?]

Follow Leon Czolgosz's path in Western New York in the timeline below: