Nor are any of us likely to be "sleepin"’ on Cole again, if we ever really were. The creator of “KOD” - that rarest of rare birds, an album equally artistically and commercially successful -  offered us an arena-sized show that managed to be simultaneously visceral, grandiose, deeply emotional and intimate in presentation.

Though many of the 33-year-old rapper/songwriter/producer’s peers are depending on a style of trap-based grooves that favor an already cliched rhythmic propulsion set to blatant odes to materialism and hedonism, Cole has forged his reputation on a tendency toward intelligent introspection that leans toward enlightenment.

Tuesday’s show avoided the arrogance and narcissism of much modern hip-hop and instead presented a concert-length conceptual framework concentrating on modern-day addictions – to drugs, to money, to sex, to attention, and ultimately, to the illusions of self-fulfillment all the above provide, at least for a little while. 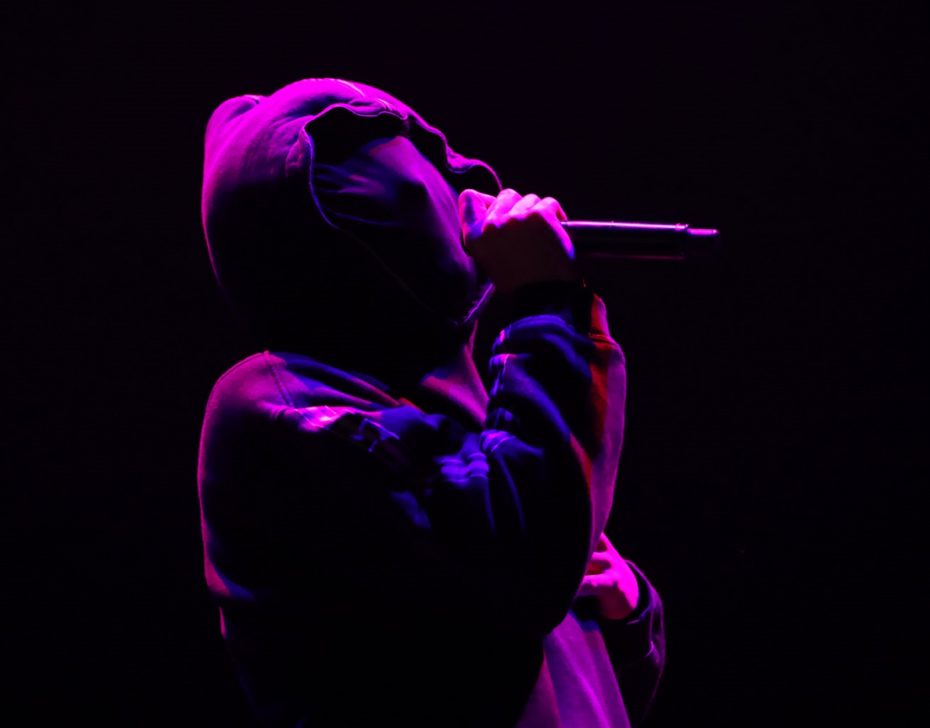 Lofty ambitions for a popular music gig, but Cole is not your average rapper, nor does he hang his productions on dubiously thin conceptual frameworks. His “KOD” album – alternately an acronym for “Kids on drugs,” “King Overdosed” and “Kill our demons,” as Cole explained to us early on – is raw, unflinching and honest, often uncomfortably so.

Backed by an agile live band that remained largely invisible for most of the set, Cole strode the front of the stage flanked by cloud-shaped “KOD” letters and a pair of video screens.

There were no over-the-top productions bells and whistles. Instead, Cole provided the show’s propulsive thrust through his own intensity, down-to-earth stage banter, and insistence that we all shared one principal commonality – the need to look ourselves squarely and honestly in the eye, if we ever truly wish to, in his parlance, “kill our demons.”

The 25-song set concentrated on “KOD,” pulled liberally from past efforts “Born Sinner” and “2014 Forest Hills Drive,” and ultimately, heralded Cole as one of a handful of modern hip-hop’s finest.