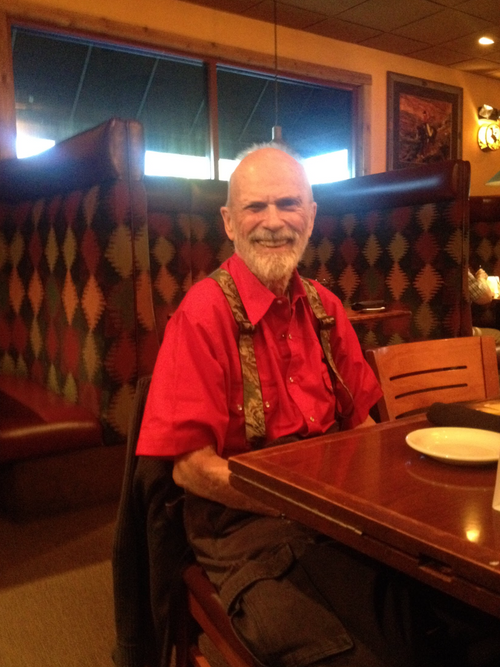 When Harold P. Kopp got his initial patent, it was for a device called the Zap Trap. It was the first electronic voltage surge suppressor, the predecessor to the power strips in widespread use today.

David Quagliana, his high school classmate and longtime friend, said it was inspired by a visit to the Standard Electronics store on Main Street in Buffalo to purchase metal oxide varistors, which protect electronic devices from power surges.

"They're the size of a dime," Quagliana said. "The store told him to solder them to the wire coming from a power plug and ground the other wire and if a surge comes along, instead of blowing up your television, these little things will absorb the shock. He invented this little box. You plug it into the wall and you plug the TV into the box."

It was enormously successful.

"I was at his office one day," Quagliana said, "and he showed me an order for a million of these surge protectors."

When Mr. Kopp discovered Radio Shack copied his design, he filed a successful lawsuit for patent infringement and received royalties for the device.

He died Aug. 16 after a short illness in Banner Gateway Medical Center, Gilbert, Ariz. He was 77.

Born in Buffalo, as a teen he led ponies for a children's ride, was a golf caddy, set pins at a bowling alley, sold baked goods door-to-door, bused tables, shined shoes and bagged groceries.

He graduated from Seneca Vocational High School in 1959 and enlisted in the Navy as a radio repair technician, attaining the rank of petty officer second class. He was stationed in St. John's, Newfoundland, maintaining radar equipment, when he met Sarah Boland in a restaurant near the base. They were married in 1961.

Returning to Buffalo, he began working for Ross Pfaff at Sharpe Instruments and the two became not only close friends, but business partners. Forming a company called Sarron, they developed a speech compressor to improve citizen's band (CB) radio transmissions.

He went on to work at Magtrol, Delevan Electronics, Gaymar Industries and Taber Instruments, where he developed and fabricated a variety of electronic items.

He also had been repairing electronics in his basement until 1970, when he purchased a television repair shop at Cleveland Drive and Union Road in Cheektowaga. H. P. Kopp Electronics became one of the earliest factory-authorized warranty repair shops, eventually working with 86 different companies.

After joining with a childhood friend in Polytronics — which produced the Zap Trap — he founded Industrial Commercial Electronics Inc. in 1979, initially offering electronic repair services to industrial and commercial customers. It went on to develop and manufacture more of his inventions.

One of them was SureTest, a portable device for testing power circuits. Another was the Motor Miser, which reduced the use of energy in industrial electric motors.

Writing about the company, Buffalo News reporter Brian Meyer noted: "The SureTest analyzer is to wiring what smoke detectors are to homes. Plug the bright yellow analyzer into an electrical outlet and it will detect deficiencies that could cause fires, equipment malfunctions or other problems."

"Every electrical inspector in New York City has one of those SureTests," Quagliana said. "It will verify if a line can carry 15 amperes or 20 amperes."

Mr. Kopp stepped down as president of Industrial Commercial Electronics in 1993 and continued as executive vice president for engineering until it closed in 2000.

As a result of radiation from radar, he developed cancer and underwent surgery while still in the Navy. He was stricken with esophageal cancer in 1997.

"The surgery was 13 hours long," his daughter, Sarah "Sally" LaPorte said. "When he woke up from the surgery, he was blind."

In recent years, he occasionally regained partial sight in his left eye as he worked on developing Tuff Block, an unbreakable LED lighting system inside glass blocks for driveways and landscaping.

A lifelong amateur radio operator, he got his first license at age 9 and at the time was the youngest person in the United States to receive one. With call letters K2YZO, he was known around the world.

After he and his second wife, the former Kay Metz, moved from Clarence to Gilbert in 2008, he changed his call sign to K7YZ0.

In Gilbert, Mr. Kopp was a mentor to many start-up business owners and was always ready to share stories of his successes and failures.