The Buffalo cinema scene is thriving. That fact is clear when studying the fall calendar of film screenings and festivals. It isn't just packed with events - it is packed with quality. This was not always the case. In fact, just a few years ago it would have been difficult to call the area's loose collection of one-off film screenings and scattershot series a “scene.”

But things change, and thanks to some dedicated film lovers, local movie fans can rejoice. Consider: There is a festival (or two) a month for the next three months. There are specialty series specifically for horror and noir lovers. And there are rare opportunities to see acclaimed and noteworthy independent films on the big screen, with a crowd of like-minded attendees.

So grab your popcorn, and start watching.

The first fest of autumn is the Niagara Falls International Film Festival, which runs from Sept. 26-29. An outgrowth of the Buffalo Niagara Film Festival, the NFIFF features 11 feature-length movies and 24 short films covering a variety of genres.

Notable entries include “Waterlily Jaguar,” the directorial debut from actress Melora Walters starring James Le Gros and Mira Sorvino, and the Gwyneth Paltrow-narrated documentary “Man in Red Bandana,” about the selfless actions of one man on Sept. 11, 2001.

Also noteworthy are scheduled appearances from two Oscar winners. Niagara Falls native Mark Bridges took home Academy Awards for his costume design in “Phantom Thread” and “The Artist.” Bridges will receive a key to Niagara Falls and participate in a panel discussion during the fest’s opening night, Sept. 26. 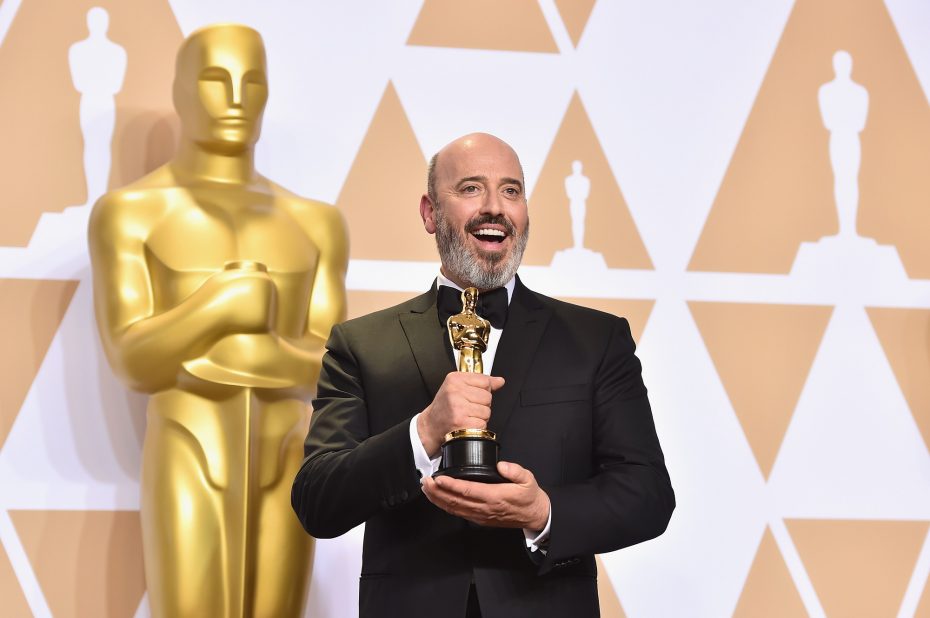 The second Oscar winner is Craig Barron, who was recognized for his visual effects work on “The Curious Case of Benjamin Button.” Barron will participate in a workshop at 6 p.m. Sept. 28 at the Regal Cinemas Niagara Falls 12 (720 Builders Way, Niagara Falls), followed at 7:30 p.m. by a screening of the Brad Pitt film.

With a roster of premieres and favorites from festivals like Sundance and South by Southwest, and a total of 125 entries from 22 countries, the Buffalo International Film Festival is one of the area's most-large scale cinematic events.

In 2018, Buffalo-centric entries include “Learning From Buffalo,” a documentary exploring the city’s architectural masterworks, and “The Rainbow Bridge Hotel,” a romantic comedy set in Niagara Falls.

And for those seeking more high-profile entries, BIFF has films like “Thunder Road,” a South by Southwest award-winner about a police office nearing a breakdown; “Friday’s Child,” a thriller starring Tye Sheridan (“Ready Player One”); and “The Field Guide to Evil,” a horror anthology featuring the work of directors like Peter Strickland (“The Duke of Burgundy”) and Veronika Franz and Severin Fiala ("Goodnight Mommy").

There are guaranteed conversation-starters throughout the riverrun Global Film Series, a free event which chooses movies from a different country each year and speakers with an insightful understanding of film and culture.

Mexico is the timely choice for this, the fest’s third year, and the lineup of speakers includes heavyweights like University at Buffalo professor Bruce Jackson and Washington University’s Ignacio Sánchez Prado. Films include recent productions (2017 documentary “El Mar La Mar”) and acknowledged classics (Luis Buñuel’s “Simon of the Desert”).

There is also live music, a happy hour and even “Coco”-themed activities for children.

How popular is the Buffalo Dreams Fantastic Film Festival with genre filmmakers? The fest received more than 500 entries for 2018.

And as popular as the fest is with moviemakers -- many of whom come to town to introduce their work -- it’s as well-regarded by fans. The lineup will be announced in the coming weeks by co-directors Gregory Lamberson and Chris Scioli, but rest assured it will feature the usual mix of splatter-y horror and low-budget sci-fi. After all, titles in 2017 included “Three Dead Trick or Treaters” and “Countrycide.”

No list of local series is complete without Buffalo Film Seminars, hosted by Bruce Jackson and Diane Christian. It continues on Tuesday evenings through Dec. 4. In October, make room in your calendar for “Rashomon” on Oct. 2, “The Gospel According to St. Matthew” on Oct. 9, “Mouchette” on Oct. 16, “Get Carter” (1971) on Oct. 23 and “The Elephant Man” on Oct. 30.

“Horrorfest” at the Screening Room

Need more horror? Amherst’s Screening Room has you covered. Selections include “Night of the Living Dead” on Oct. 5; silent chiller “Nosferatu” on Oct. 9; a series of screenings of John Carpenter’s original “Halloween” starting on Oct. 11; and a run for Dario Argento’s “Suspiria” starting on Oct. 26.

The venerable Old Chestnut Film Series salutes Henry Fonda in its latest season, which starts on Oct. 12 with 1935’s “I Dream Too Much” and runs into May. The fall lineup also includes 1938 adventure “Spawn of the North” on Nov. 9 and “The Grapes of Wrath” on Dec. 24. Note that the series has moved to a new location, the Museum of disABILITY History.

TCM Big Screen Classics presents ”Die Hard”
OK, so the Bruce Willis action film “Die Hard” is not normal “TCM Big Screen Classic” fare. But it’s a treat to see this influential 1988 flick back on the big screen -- just in time for the holidays.
Info: 2 and 7 p.m. Nov. 11 and 14 at the Regal Elmwood (2001 Elmwood Ave.) and Transit (6707 Transit Road, Williamsville); fathomevents.com