Youth league football standout Jack Eskridge IV is on screen for only a couple of seconds in the controversial Nike ad, far less time than quarterback Colin Kaepernick, the commercial’s star.

On the other hand, Jack is playing every weekend for his Beast Elite Ducks team of 10- and 11-year-olds.

Kaepernick? Not so much since precipitating the sideline protests against police brutality and social injustice during the playing of the national anthem, and being effectively blackballed by the NFL for daring to violate "acceptable" norms of protest and letting serious issues intrude on our fun and games.

But Jack seems oblivious to the controversy, a luxury he can afford at his age. In fact, not much seems to excite the quiet 10-year-old, even after a spectacular one-handed catch last spring went viral after being posted on Youth Football Extreme and made him a star. Jack’s catch was shown on ESPN, bringing him to the attention of Nike, which flew him out to California to take part in the Kaepernick commercial.

But Jack takes it all in stride, saying he wasn’t even upset that Nike chose to use a one-handed catch by another kid instead of his for the commercial. Instead, he is pictured near the end of the ad, the middle of three players in red jerseys.

"I didn’t care," he said while sitting in his home off of East Delavan Avenue.

The adults around him aren’t quite so accepting.

"I was disappointed," said his grandmother, Audrey Garnett. "I was expecting to see him doing the one-armed catch. But overall, I was just happy to see that he was in it."

"That’s on Nike," said Douglas Hunt, one of Jack’s youth league coaches, during halftime of the Ducks’ blowout win last Saturday. Hunt makes clear he’s not taking anything away from the other player. "The catch that the kid made was good, but Jack’s catch was great."

Jack went up, grabbed the ball that was slightly behind him with one hand, pulled it in while pinning it to his head as he fell backward to the ground – while covered by defenders. It is reminiscent of the catch New York Giants star Odell Beckham Jr. is known for. 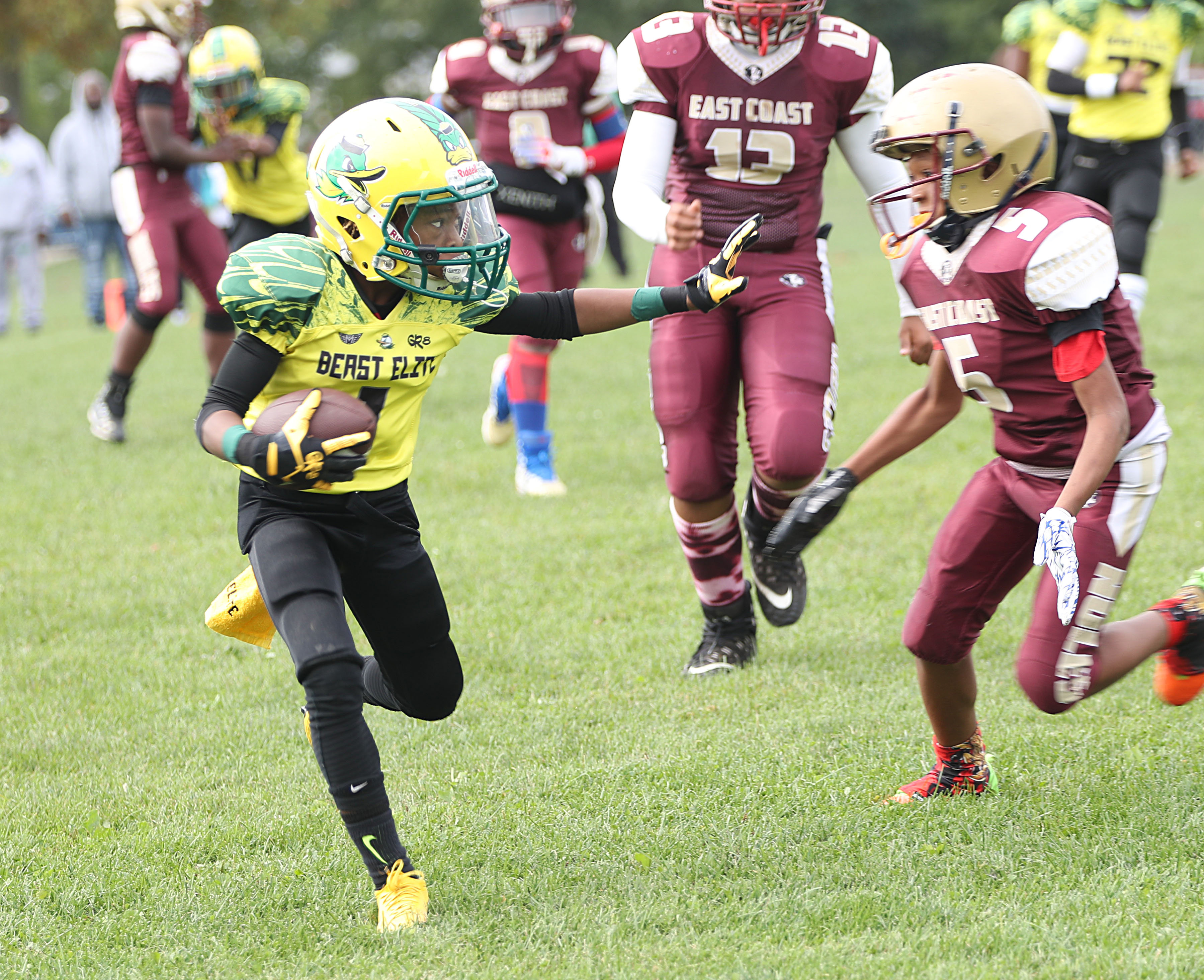 But Hunt is as impressed with Jack the young man as he is with his game.

"He never talks back, never has an attitude," Hunt said. "He’s a great kid, an honor roll student. He works hard."

Jack has made the same impression since starting the fifth grade this year at St. Augustine’s, the boys’ campus of NativityMiguel Middle School of Buffalo.

"Sometimes you wonder, can he stay humble, can he stay focused?" said Father Edward Durkin, NativityMiguel principal, referring to all the publicity.

But he’s impressed that Jack has not let it go to his head, and has fit in with the other students.

Jack gives the impression of not being much interested in academics, calling gym his favorite class. But the 87 average he brought with him from Westminster Community Charter School belies that nonchalance. It also attests to the fact that the adults around him are doing their job by keeping him on the right path, taking the initiative to enroll him in a charter school and then making the financial sacrifice for him to attend St. Augustine’s.

His mom, Tamika Mootry, likes the school because it’s small – only 52 students – and because "they have programs where he’ll have a good chance to get into a private (high) school through scholarships."

Jack already has his sights set on Canisius or St. Joe’s – because he says they have good football teams. It’s a sport he’s been playing since he was 5, in addition to running track.

"Every day after work I’d come home and we’d throw the football around," said his father, Jack III. Though the parents are no longer together, he’s still on the sidelines at Jack’s games, where his son plays everything from receiver to running back to safety and defensive end.

And what about Kaepernick, who started the protest quietly while injured and sitting in street clothes during the anthem, before later taking a knee while in uniform and igniting a firestorm?

"I saw him but I didn’t get to meet him," said Jack, who called his visit to the Nike store the best part of the trip, even though he had to pay for the cleats and sandals he brought back.

It’s nice that a 10-year-old can focus on pleasures like that, because reality will intrude soon enough.

But it’s also reassuring that people like Kaepernick are putting themselves on the line to try to change that reality so that by the time Jack is old enough to play in the NFL, he still won’t have to focus on things like police brutality or whether black lives really matter.

Maybe by then, commercials like the one he was in won’t be necessary.

Maybe by then, the only time players like him will have to take a knee will be to run out the clock.