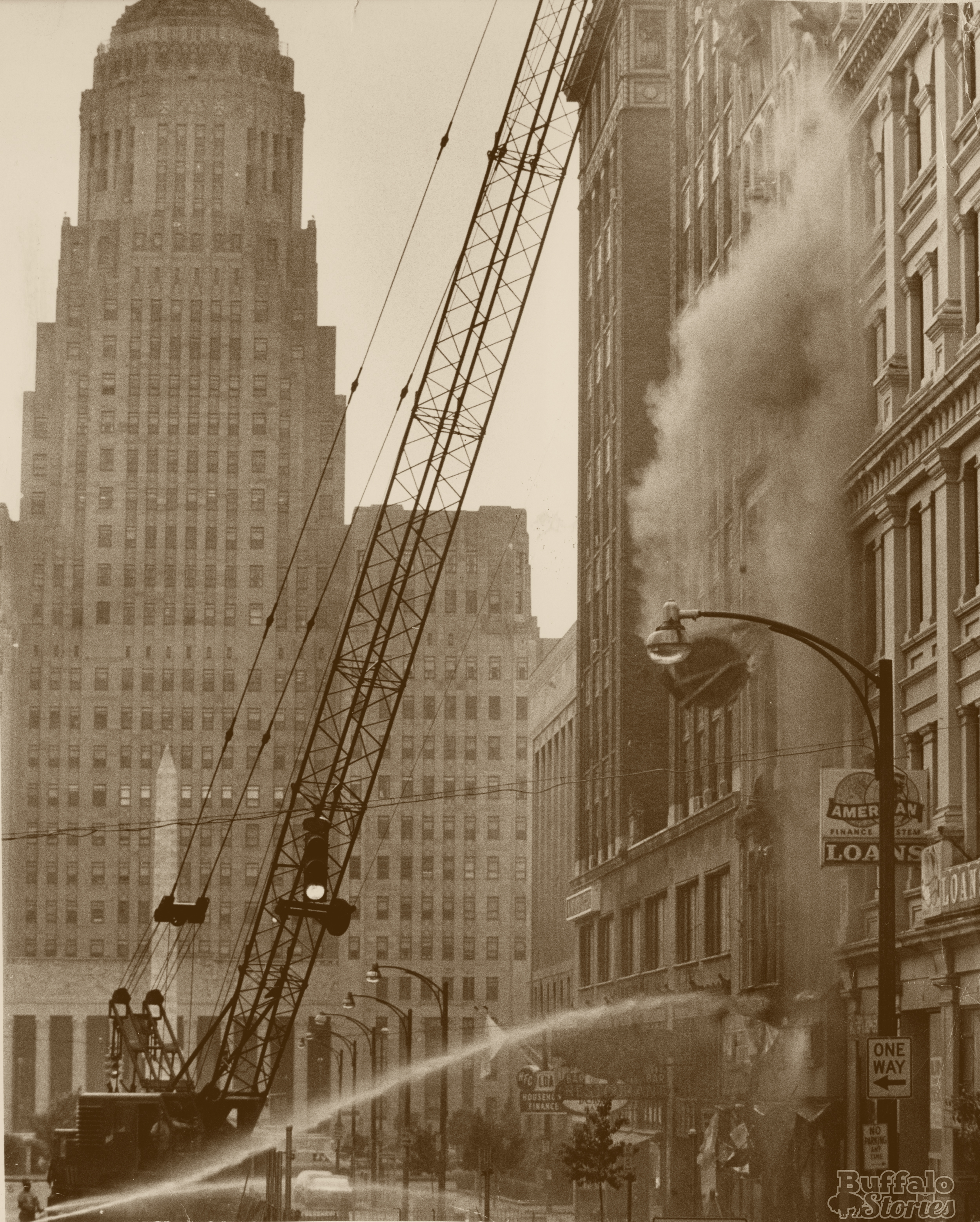 The Andrews Building was the first to come down to make way for the Buffalo Niagara Convention Center in 1976.

The new plans call for the razing of buildings, including the 1865 Hiram Hotchkiss house at 153 Delaware Ave. which is the last extant example of a Civil War-era home in the downtown core. More than 40 years ago, buildings were razed to make way for the current convention center as well.

In 1976, the Andrews Building, on Court Street near Pearl Street was the first structure to come down for the convention center that not only took away buildings, but also another arm in Joseph Ellicott’s radial streets plan was lost when Genesee Street was built over.

Buildings that once fronted on Genesee, like the YMCA building and the old Genesee Building, which is now enclosed in the Hyatt atrium, are left on strange angles, vestiges of a radial street pattern that no longer exists.