There's a payoff to cleaning up the Great Lakes, and in Buffalo it's higher than most other places.

A University of Michigan study released Tuesday found that for every dollar the U.S. government spends on restoring Lake Erie, Lake Ontario and other water bodies, the Buffalo area could see more than $4 of additional economic gain through the next couple of decades.

Only Detroit and part of the Chicago metropolitan area had higher potential payoffs.

The economic benefits come not just from the cleanup work but on the tourism, recreation and waterfront development that follows.

For Buffalo, the report cited real estate and commercial development at RiverWorks, Canalside and the Ohio Street corridor housing complexes as examples of the spinoff economic benefits of the federal funding.

“It confirms what we’ve known for a long time, which is you can’t build a waterfront on a polluted waterway,” said Rep. Brian Higgins, a proponent of the program and waterfront restoration and development. “That would never have occurred without the effort to clean up the waterway.”

The researchers estimated the local multiplier effect – the increase in monies generated from an initial investment – will be $4.09 in economic benefit for every $1 put toward environmental restoration between 2010 and 2036. Detroit’s multiplier effect was estimated to be $4.29. Waukegan, Ill., located 35 miles north of downtown Chicago, had an even higher multiplier: $4.33.

Overall, economists found that for every dollar the federal government invested in Great Lakes Restoration Initiative programs between 2010 and 2016 produced an average of $3.35 in additional economic activity in the Great Lakes, and it is expected to continue through 2036.

So far, about $2.9 billion of federal restoration funds have been spent in the Great Lakes across 4,000 projects.

“This study moves our understanding of the impacts of the Great Lakes Restoration Initiative from anecdotal to comprehensive,” Mike Shriberg, executive director of the National Wildlife Federation’s Great Lakes Regional Center. “The GLRI is not only stimulating regional economies, but is also transforming waterfronts and generating community pride.”

[Read the University of Michigan's 'A case study of Buffalo, New York']

“This program has proven to be critical to broaden economic development goals,” Alesha Washington, director of the Great Lakes Metro Chambers Coalition, said during a morning conference call among economists and reporters.

The study found that developers, local residents and tourists are all using Buffalo’s waterfront for recreation. It noted that 89 new apartments have been added. 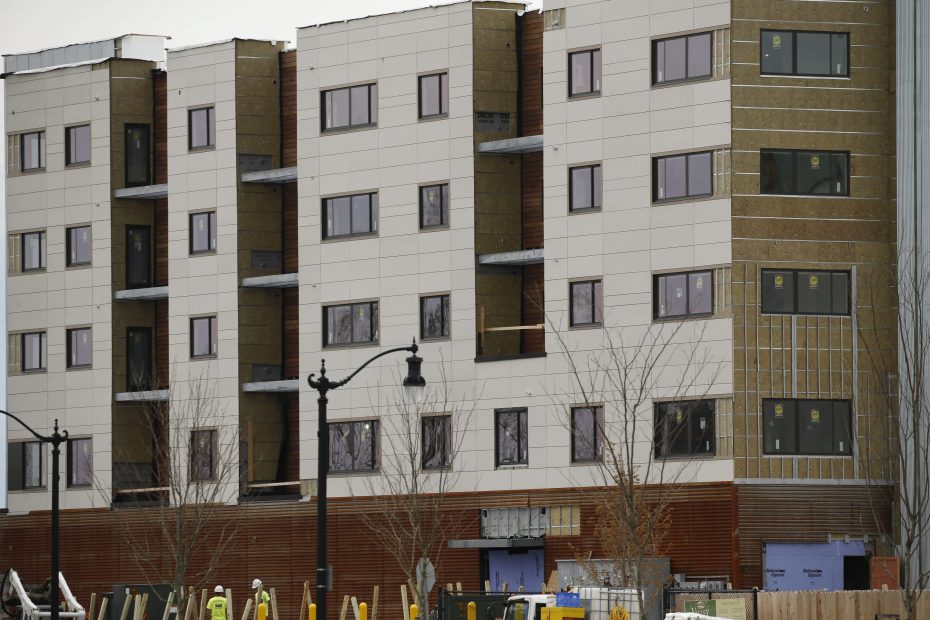 The building at 301 Ohio St. is one of the projects highlighted by the economists' study. (Derek Gee/News file photo)

And, the study pointed out Buffalo’s “ten-fold increase” in waterfront events in 2016 that drew more than 1.5 million people downtown.

The study found millennials are attracted to Buffalo.

“Buffalo’s millennial population has increased by 12 percent – five percent more than the rest of the state of New York,” the study said.

That’s one of the statistics that resonated with Higgins.

“It’s the first time in 40 years, Buffalo’s young population is going up, not going down,” Higgins said.

The ambitious plans for the waterfront – and their rapid execution – shocked even some the region’s most optimistic people.

“Even seven years ago, I remember walking the site and thinking they were crazy,” Jedlicka told the study's authors. “Basically, what they had told us at that time is because we had started to get this river cleanup underway on the Buffalo River, it gave them the confidence to start to invest early with their private resources.”

That energy has spread up and down the Buffalo River, from Canalside to the Old First Ward and into the Valley.

There’s Tewksbury Lodge on Ohio Street, the Buffalo River Landing and the Cooperage, an Ellicott Development project underway in the former E. & B. Holmes Machinery Company on Chicago Street.

The study found the restoration has spurred development, tourism and increased land values in spots that were once depressed.

“We know a more vibrant waterfront is contributing to the enhancement of the Buffalo brand, and its appeal as a destination,” said Edward J. Healy, vice president of marketing for Visit Buffalo Niagara. “Virtually every major article about Buffalo by visiting travel writers in recent years has mentioned either Canalside, RiverWorks, Silo City or the Outer Harbor, and the activities found in these waterfront hot spots.”

Healy added: “There is probably no more potent symbol of the ‘New Buffalo’ and the city’s regeneration than the frenzy of activity on and around the waterfront.”

A linear park is in the works by the Western New York Land Conservancy and its partners to connect Canalside with SolarCity.

Higgins also pointed to a proposed system of bicycle and pedestrian trails with funding from the Ralph C. Wilson, Jr. Foundation that could connect Canalside with the Old First Ward and the Outer Harbor.

“We’re just getting warmed up,” Higgins said. “I see the next five years changing Buffalo for the next 100 years.”

The initiative is in its second four-year phase, which runs through 2019. But, the $300 million annual appropriation has found itself near the chopping block of federal budgets over the last couple of years.

So far, there’s been enough congressional support to ward off elimination.

Last year, when fears arose of cuts by the Trump administration, Republican Rep. Chris Collins declared that program would and should remain in force. He reaffirmed that Tuesday.

“The University of Michigan study is further proof that the Great Lakes are a vital economic and environmental asset for Western New York,” Collins said. “And, protecting the Great Lakes will continue to be a key priority of mine.”