A group of conservationists is bringing a Grand Island cemetery back to life.

The Western New York Land Conservancy last week completed its long-planned purchase of a pastoral, 144-acre section of Assumption Cemetery from the Catholic Cemeteries of Buffalo.

Within a couple of years, the conservancy hopes to open up the parcel as a nature preserve where visitors can explore a network of new trails lacing between trees and over creeks, listen to songbirds and – yes – watch hundreds of blue-spotted salamanders mate on one very special night.

"It is a moment to note, and celebrate, because these things take a really long time to put together," Nancy Smith, executive director of the conservancy, said in an interview.

The organization in recent years raised $804,000 to cover the purchase price, trail construction and ongoing maintenance of the land. Officials describe it as one of the biggest forests in the Niagara River ecosystem and one of the largest, undeveloped parcels on Grand Island.

The preservation of the space as a natural refuge was a joint effort among the conservancy, Catholic Cemeteries, Grand Island leaders and residents and the donors to the campaign.

“On Grand Island, our most valuable resources are our unique forests, wetlands and bodies of water,” Supervisor Nate McMurray said in a statement. “By working with the Western New York Land Conservancy, we are able to protect these resources so they will stay green for generations to come.”

The Grand Island Conservation Advisory Board started work on this project a decade ago, Smith said, and the conservancy joined the effort about four years ago.

Assumption Cemetery, at 2950 Whitehaven Road, covers 161 acres located halfway between West River Parkway and the Niagara Thruway. The Catholic Cemeteries only has used, and has need for, a 16½-acre portion of the cemetery that it will retain, said Charles A. “Chip” Mussen V, the organization's director of sales and marketing.

Much of the rest of the property is wetlands, but some of it could be developed and the site is zoned for residential use.

“We are grateful to the Land Conservancy for securing this vast and inspiring forest, which will always surround this sacred place,” Carmen Colao, director of Catholic Cemeteries of the Diocese of Buffalo, said in a statement.

With the backing of town officials, the conservancy and Catholic Cemeteries last year reached an agreement on the sale. The conservancy's $269,000 purchase of the property closed last week, according to documents filed with the Erie County Clerk's Office.

The conservancy and other volunteers have collected state and federal grants, money from the Niagara River Greenway Commission and a donation from the Gallogly Family Foundation, among other sources. The preserve is named the Margery Gallogly Nature Sanctuary in recognition of that gift.

The conservancy's Smith said preserving the property will provide ecological benefits as well as open it up to public use. It's also less than a mile from the state Thruway Authority's new Welcome Center. 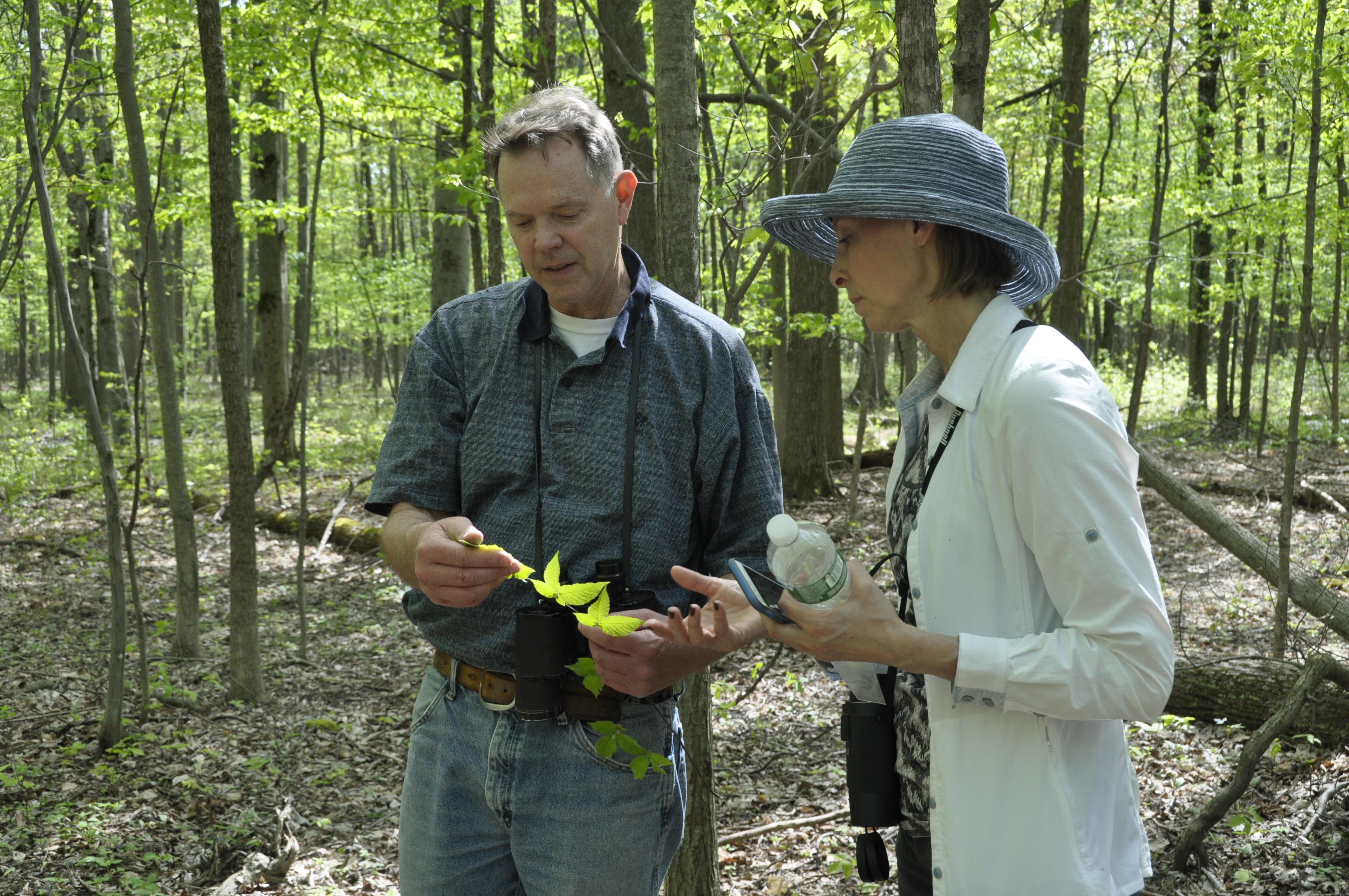 Pat McGlew, left, a member of the WNY Land Conservancy, and Kathy Lasher, a board member, during a visit to the future Margery Gallogly Nature Sanctuary. (Photo by Ana Balzac courtesy of the conservancy)

She said the property is covered with oak and hickory forests and is crossed by both Big and Little Sixmile creeks.

It is part of the Niagara River watershed and is a key stopping point for warblers and other migratory songbirds. Blue-spotted salamanders live underground on the property, and once a year they come out to breed in vernal pools – left behind in the spring by snowmelt – on what is known as "the big night," Smith said.

"Now we'll have a place where the public can come and observe that. Because it's hard to get into there in the middle of the night when it's dark and raining, but if you have a path you can observe this really unusual phenomenon," said Smith, calling herself "kind of a salamander nut."

The conservancy has hired Tahawus Trails to design and construct a 1-mile trail system, including bog boardwalks over wetlands. It's the same firm that built the trails in the Owens Falls Sanctuary in the Town of Aurora and worked on the Whirlpool steps in the Niagara Gorge.

"They do beautiful work," Smith said.

The organization also will work to remove invasive plant species such as the buckthorn and autumn olive shrubs.

The public can't access the property until the trails are added. That work should begin in the spring and take a year or two to complete.