Though the national conversation about Buffalo food revolves around pizza and wings (and there's no question that Buffalo is the place for these delights), one of the area's best-kept secrets is that it has some very good barbecue joints.

There are a growing number of very good barbecue restaurants popping up around the area to join smokehouses like Smokin’ Little Diner.

Nestled on bustling Broadway in Depew, Smokin’ Little Diner is a time machine in a mid-century chrome shoe box. The small, classical facade hides fantastic food. Perhaps the least modern feature of this family-friendly hideaway is its prices.

The most expensive traditional menu items top out at $16.99 (four Hawg Wings and fries) and the $15.99 fisherman’s platter, which boasts enough food for two people. 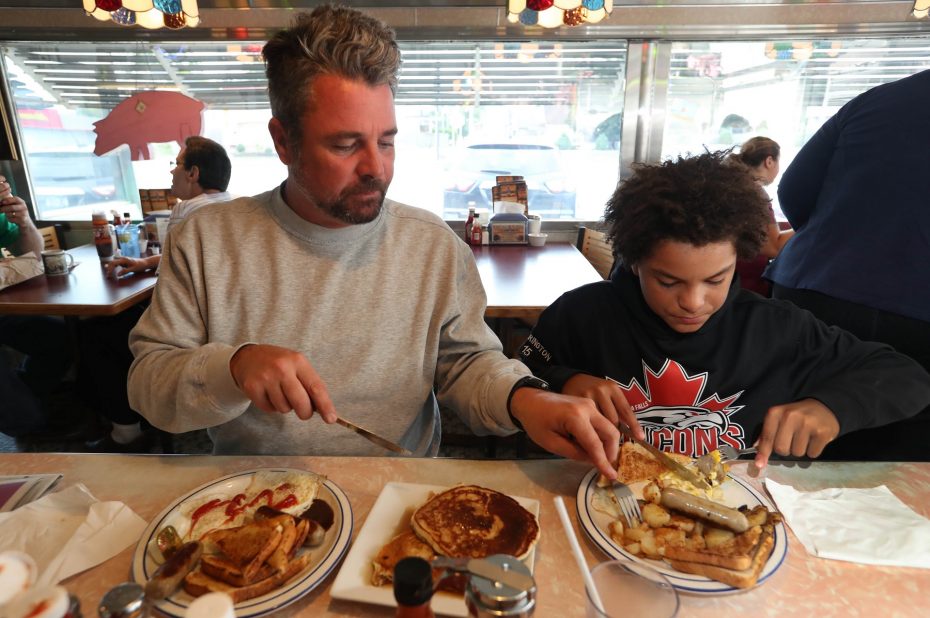 My wife, 6-year-old son, and I stopped in on a recent Wednesday night. At my son’s beckoning, we bellied up to the lunch counter and perched upon stools adorned with American icons like Elvis Presley and Marilyn Monroe, layered over the stars and stripes.

The walls have the kind of decor you would expect to find in such a diner including tinplate signs and advertisements.

Spread throughout, though, are dozens of stuffed pigs, which is at the same time cute and a little grizzly, considering pork’s prominence on the menu.

The service was quick, and though there were few patrons at the time we were there, the kitchen staff looked busy through the cutout window. The specials menu was loaded with great options and a lengthy list of desserts.

My wife ordered the pork chop special ($11.99), which featured two boneless chops served either seared, smoked or with a raspberry glaze and blue cheese. She chose the latter with mashed sweet potato and steamed broccoli. 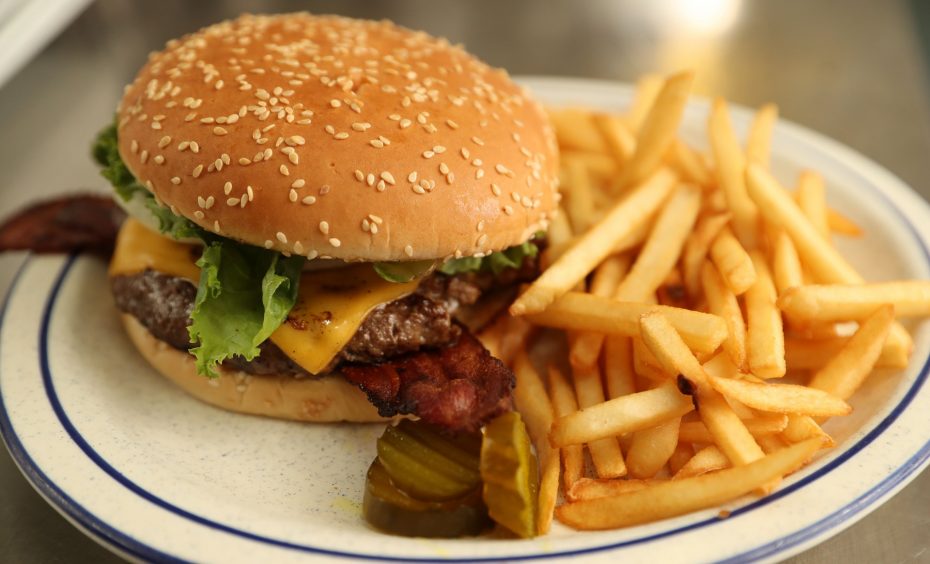 I went with what I considered the best value on the menu, the house special ($7.99) of a pulled pork or chicken sandwich served with chips or fries and bacon ranch mac salad or house-made barbecue beans. My son chickened out on the adventure and selected chicken fingers and fries ($4.29) with one of the Some Great BBQ Sauce selections available.

The pork chops were perfect. A light browning on the exterior locked all of the juices into the chop, and the blue cheese melted across the surface so each bite was sharp and creamy. The raspberry glaze played wonderfully with the pork and the crumble.

The mashed sweet potatoes and broccoli seemed to have been served with little added, which was great. The simplicity of these two sides was a fantastic match for the complexity of the pork chops. 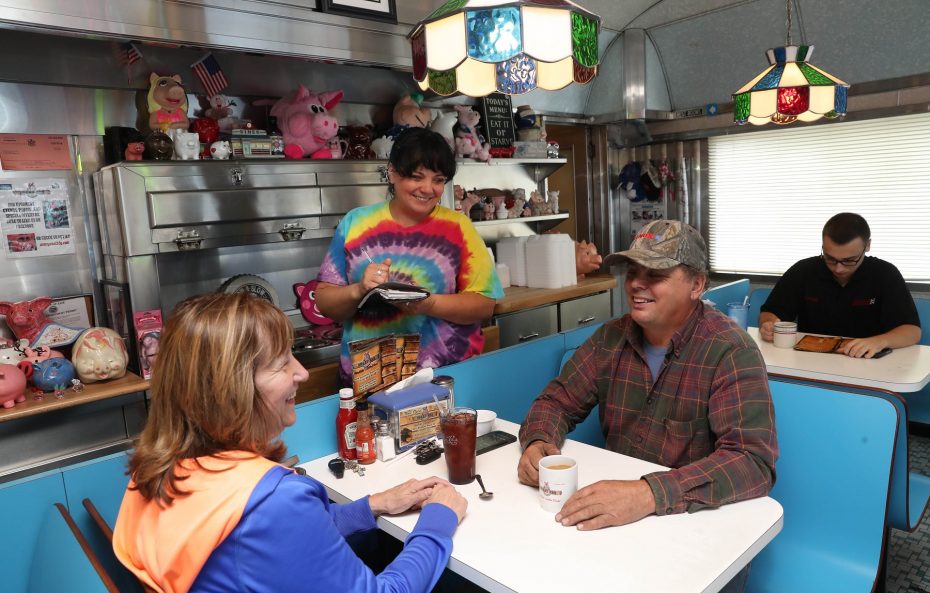 There are several permutations to be made from the house special, but I had the pulled chicken with the Sweet Heat sauce, fries and the mac salad. The chicken was very good. It was smoked, shredded and coated with the sauce. The sauce wasn’t dripping from the roll and it had the right amount of berry sweetness and red pepper heat.

A hefty pile of shoestring fries laid aside the sandwich, and the creamy macaroni salad was a pleasant cool-down from the barbecue sauce.

Smokin’ Little Diner is a treasure. The affordability and quality are nearly unmatched in the region, and the location is close enough to be worth the drive. Be sure to place it at the top of your list next time you’re in the car and no one can decide what they want. The entire family will leave happy, and your wallet will undoubtedly thank you.

Gluten-free options: Several options on the menu are gluten free, as are all of the Some Great BBQ sauces.

*Read more Cheap Eats by clicking on the story topic, below. 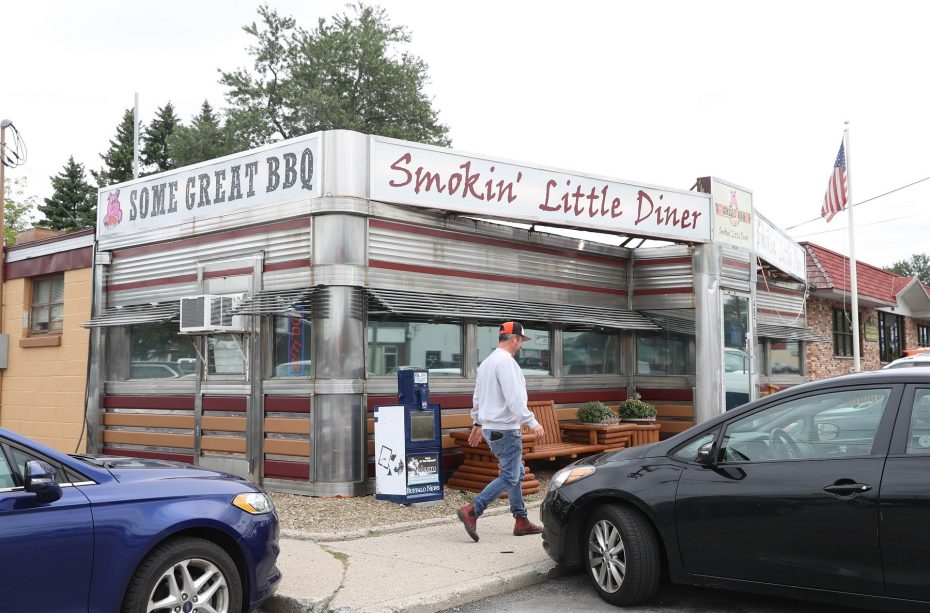 Smokin' Little Diner is a popular restaurant at 4870 Broadway in Depew.(Sharon Cantillon/Buffalo News)