Dr. Robert B. Nachbar was a respected and accomplished oral surgeon, but that was just one facet of his personality.

He loved camping in remote parts of northern Ontario and Maine, where he would fly fish with flies he tied himself. He was a competitive shooter and enjoyed duck hunting. He made wood furniture, duck decoys and what his son Richard Nachbar called "museum quality" model airplanes. He also liked full-size airplanes, getting his pilot's license and taking the family on sightseeing trips in a leased Cessna.

Dr. Nachbar died Sept. 18, 2018, in Beechwood Continuing Care. He was 93 and had lived in the Blocher Homes in Williamsville for more than three years.

Born in Buffalo, he was the oldest child of Norman and Thelma Weber Nachbar. The family moved to Williamsville in the 1930s and eventually had three more children.

Dr. Nachbar was a graduate of Williamsville High School.

He had completed two years of dental school before enlisting in the U.S. Army on July 9, 1945, so he was assigned to the the 30th Infantry Medical Detachment. Serving in Germany, he provided dental care to members of the U.S. Armed Forces and civilians in clinics, his son said.

Dr. Nachbar was discharged on Jan. 19, 1947. An avid photographer, he brought home enough photos to fill multiple albums, and often told stories about his wartime experiences, his son said. 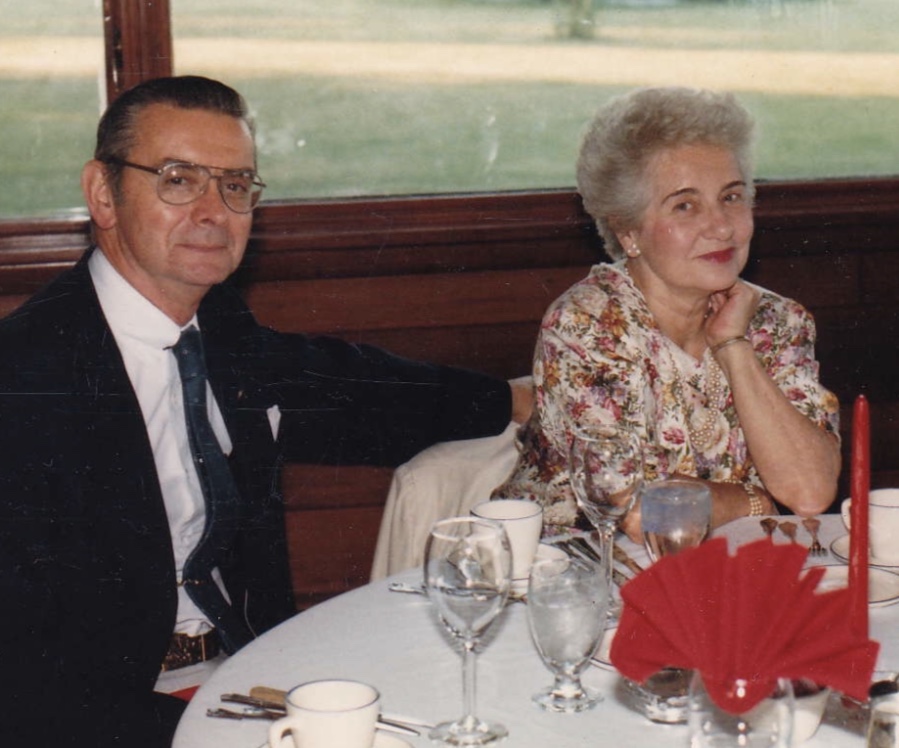 Dr. Nachbar completed his studies as a resident in oral surgery at Buffalo General Hospital and graduated from the University at Buffalo School of Dentistry in the Class of 1951.

He had oral surgery offices on West Northrup Street in Buffalo and later on Kensington Avenue in Snyder. The Nachbar family lived on Lamarck Drive in Snyder for almost 50 years.

"He was a referral specialist," said Richard Nachbar. "Other oral surgeons, if it was complicated, sent the work to him. Also, if somebody went over their motorcycle handlebars, it was his job to wire their jaw back together."

Because Dr. Nachbar received emergency calls at home, "We were supposed to answer the phone, 'Dr. Nachbar's residence, Richard speaking,'" said his son. "He had a black bag and was just like any other doctor, making house calls."

Dr. Nachbar was an associate professor of oral surgery at the University of Buffalo School of Dentistry for 15 years in the 1950s and 1960s.

Dr. Nachbar was an Eagle Scout, and, as a Boy Scout leader, took Boy Scouts on week-long canoe trips in northern Ontario.

He was a life member of the National Rifle Association, past president of the Buffalo Shooting Club, the Trap and Field Club, Ducks Unlimited and the Decoy Club. Dr. Nachbar was also a member of the Amherst South Rotary Club, and was a Fellow in Rotary's highest honor, the Paul Harris International Foundation.

An enthusiastic sportsman, he enjoyed fly fishing, fly tying and duck hunting. "We ate everything he shot," said Richard Nachbar. "They would have dinner parties and have people over and they'd have fresh duck."

He took his family camping for weeks every summer in remote locations in northern Ontario or central Maine, said Richard Nachbar. Dr. Nachbar had a pilot's license and enjoyed taking the family on sightseeing flights in a leased Cessna over Niagara Falls or Letchworth State Park.

He was a longtime member of Christ United Methodist Church in Snyder.

Toward the end of his career, Dr. Nachbar "was the go-to man for insurance companies" to provide his expert opinion when a dentist was sued, said Richard Nachbar.

He retired in 1996. For at least 10 years after retirement, Dr. Nachbar would deliver prescriptions each day to Snyder Pharmacy customers.

Besides his son Richard, Dr. Nachbar is survived by his children, Dr. Robert B. Nachbar Jr. and Pauline B. Harris; two sisters, Audrey L. Kayser and Nancy T. Ricketts; seven grandchildren and many great-grandchildren.