Although it's opening several months later than previously predicted, the 110-room Aloft by Marriott hotel will be the first completed component of the developer's $65 million mixed-use project at 500 Pearl.

Together with the Forbes Theater, bars, meeting rooms, and recreational space inside the adjacent 67,000-square-foot former Buffalo Christian Center, the hotel "will be a popular destination space" once it opens for business, predicted William Paladino, CEO of the development firm.

The hotel will occupy the top three floors of the new 12-story building now under construction on the northern end of the central business district, offering a mix of queen and king bedrooms, as well as some suites. It's one of the newest brands in Marriott International's portfolio, aimed at a younger and more technologically-oriented clientele, and will be the second location of that chain in Western New York.

The renovated four-story Christian Center building itself can host a meeting or event for up to 400 people, while the Forbes Theater space – formerly home to Road Less Traveled Productions – offers enough space for an 800-person concert or wedding venue. 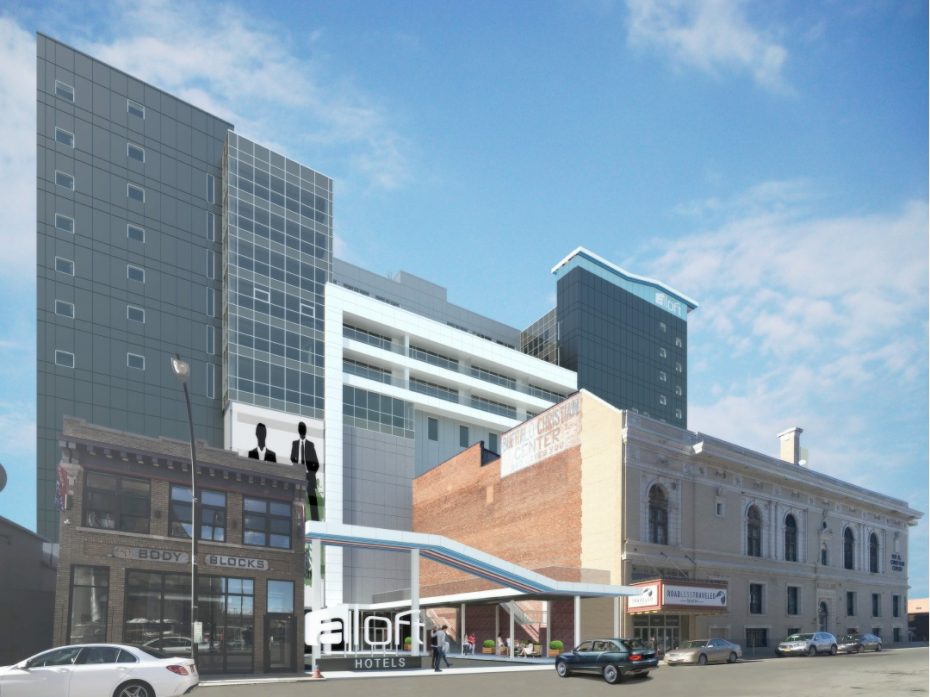 The onetime Fraternal Order of Eagles building also featured a basement golf area, a roller rink, a basketball court, a bowling alley and a billiard room – some of which have been retained while others have been converted into other meeting and event space. There's also a hotel lounge with a bar and pool table, a fitness center with locker rooms, and a pool and sauna. A rooftop bar is slated to open in the spring.

The rest of the 374,000-square-foot complex will follow shortly afterward, with completion expected by the end of March for the office space, apartments, retail and parking.

"It's changing the skyline in the Allentown area," Paladino said.

Noting that this is the biggest project in the firm's history, he added, "It's the one that's giving me gray hair, finally. It's been a little stressful." 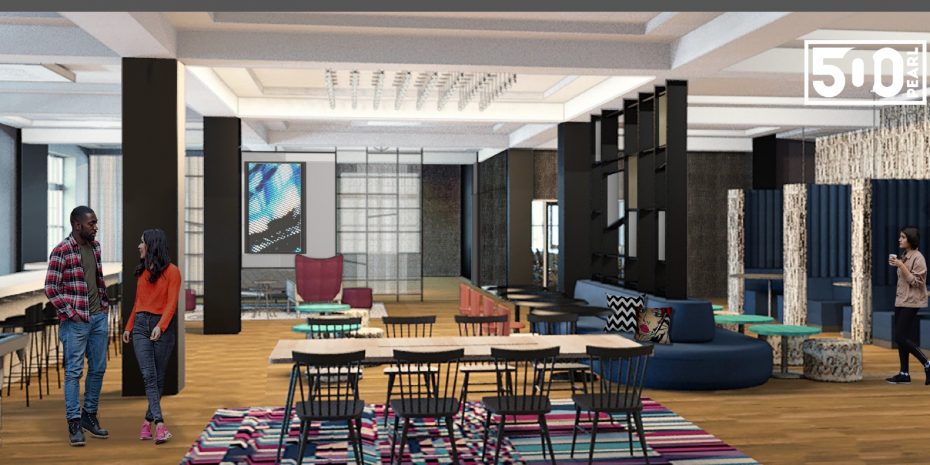 Besides the hotel and event space, the project also features 12,000 square feet of first-floor retail space, a five-story parking ramp with 380 spaces on floors two through six, two floors of office space totaling up to 55,000 square feet on the 7th and 8th floors, and one floor of 12 high-end apartments just above that. Paladino said officials plan to start calling on potential tenants in the next month to lock them in.

"They’re really nice. The views are incredible," he said of the apartments. "So far, they’re very well-received by the limited amount of people we’ve shown them to."

A diagram of the location of 500 Pearl.