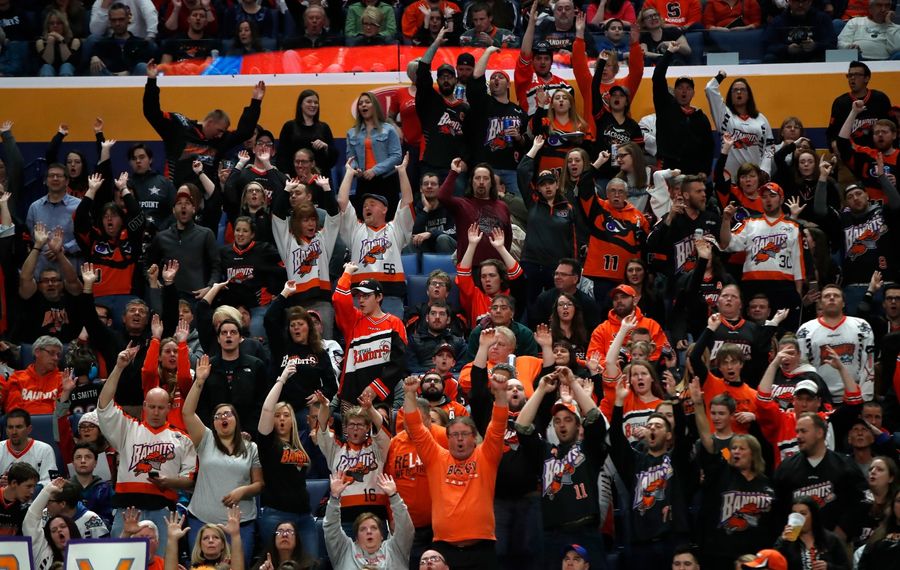 The National Lacrosse League Draft provides an excellent opportunity for the Buffalo Bandits to reload.

The Bandits own two of the first five picks in Tuesday's draft, slated for 7 p.m. at Xfinity Live! in Philadelphia. That includes the No. 3 pick, acquired from the Vancouver Stealth (which were recently renamed the Vancouver Warriors) in a trade back in 2014, and their own, No. 4 overall.

"This is a strong draft year and us having two players inside the top five is exciting," General Manager Steve Dietrich said. "This is just my opinion, but there's a pretty good mix inside the top five of let's call it, three very good offensive players and two very good defensive/transition players. We'll be very happy to get two of those guys, there's no doubt."

That group includes forwards Austin Staats, Chris Cloutier and Connor Robinson and transition players Matt Gilray and Ian MacKay. Staats, who has been called a generational talent by Inside Lacrosse, is expected to go first overall. Paul Day, the head coach and general manager of Philadelphia, said the Wings will likely pick whoever is available between Staats and Cloutier second overall.

There was some speculation that the Bandits would have interest in trading up to the No. 1 pick early in the process, but Dietrich said they're happy with their position now.

"Unless something blows me away, I don't see us moving up or down," Dietrich said. "I think we're sitting in a very good spot."

That likely leaves a choice among Gilray, MacKay and Robinson. Gilray and MacKay would fit in well when it comes to position of need, especially considering the Bandits used last year's first overall pick on Josh Byrne, a lefty forward like Robinson.

But if one of the top two falls, don't be surprised to see Buffalo add another top-notch forward.

"I don't think that we can honestly go in there thinking there's one area, one position, that we want to address," Dietrich said. "We're going to take the best player available. We think we have an idea of who those two players might be, but if it's not those two, it's a combination of one of them and one of the other three, we'll still be very very happy."

Two players with local connections have a chance at the first round as well. East Amherst native Connor Fields finished second all-time in points in Division I history while at SUNY Albany, but the Bishop Timon-St. Jude graduate is recovering from a torn ACL, sprained MCL and injured meniscus.

Connor Kearnan played four seasons at Canisius College, earning Metro Atlantic Athletic Conference Offensive Player of the Year twice and finishing second in school history in career assists. Indoors, he split this summer between the Senior A and B leagues in Canada, notching 23 points in 11 games at the highest level.

Buffalo is without a second, third, fifth and sixth-round pick this year because of trades. Buffalo's only pick beyond the first round comes in the fourth, 43rd overall.

The first two picks in this year's draft belong to the two new expansion franchises, the San Diego Seals and Philadelphia Wings. San Diego is picking first after winning a coin toss that allowed the team to pick between getting first in the entry draft and second in the expansion draft or vice versa.