The very beginning of the sunset – that was the moment everything really clicked. We’d been at Knox Farm State Park in East Aurora since noon, immensely enjoying the maiden voyage of the Borderland Music & Art Festival and its broad but focused lineup of roots and Americana-based artists and local vendors and artisans.

But it took a transcendent display of the color spectrum from Mother Nature to truly bring all of this into focus. Borderland felt like an almost magical confluence of good ideas, great music, and a perfect setting.

It was tough to get a read on how many people attended day one of the festival on Saturday, as the sprawling, bucolic Knox Farm setting meant that crowd congestion was kept to a minimum, save for the bottle-necking at the local craft beer and food vending stations.

We had plenty of room to roam and even as the crowd gathered in the thousands in front of the main stage to welcome fiery sets from the likes of Dr. Dog, the Sam Roberts Band and the Revivalists, there was ample space to dance and get your groove on in whatever manner felt appropriate. 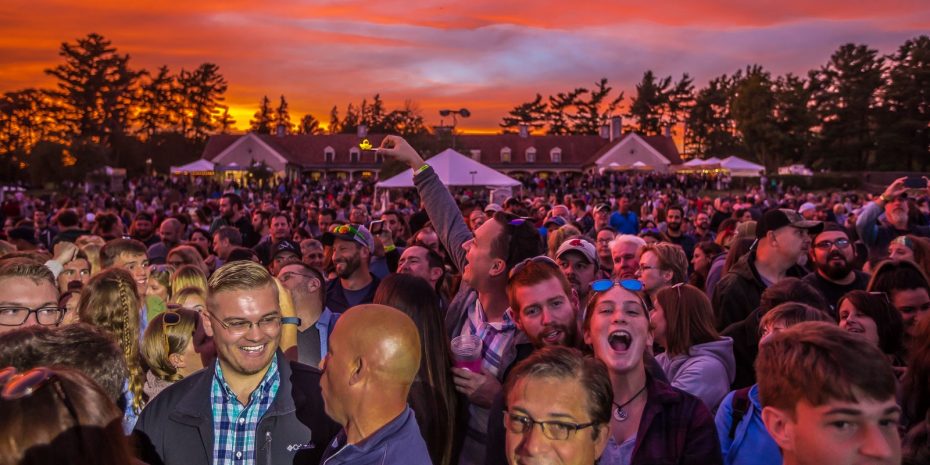 The setting sun created a spectacular scene at the first day of the Borderland Music & Arts Festival. (Don Nieman/Special to the News)

Less difficult to get a sense of was the vibe, which was enthused but chill throughout the day. The buzz during the early afternoon hours centered around what seemed to be unanimously viewed as a killer set from Sister Sparrow & the Dirty Birds, the soulful, groove-oriented seven-piece from Brooklyn led by diminutive powerhouse vocalist Arleigh Kincheloe.

The Sam Roberts Band rekindled its love affair with Buffalo-area audiences via a high-energy run through of affable, soulful alternative and indie-rock nuggets, several of which offered fertile ground for crowd-wide singalongs.

Day one headliners the Revivalists tore it up post-sunset. The New Orleans outfit seemed like the perfect ambassadors for the debut of Borderland. The band blended soulful roots music and Americana with a thoroughly modern strain of indie-rock, marrying dusty traditionalism to a forward-looking modernity. That felt like Borderland in a nutshell.

Day 2 of Borderland is from noon to 9 p.m. Sept. 23 with a lineup that includes performances from The Infamous Stringdusters, Margo Price, John Oates & the Good Road Band, and Oteil Burbridge & Friends. Details and ticket information is available through Borderlandfestival.com.